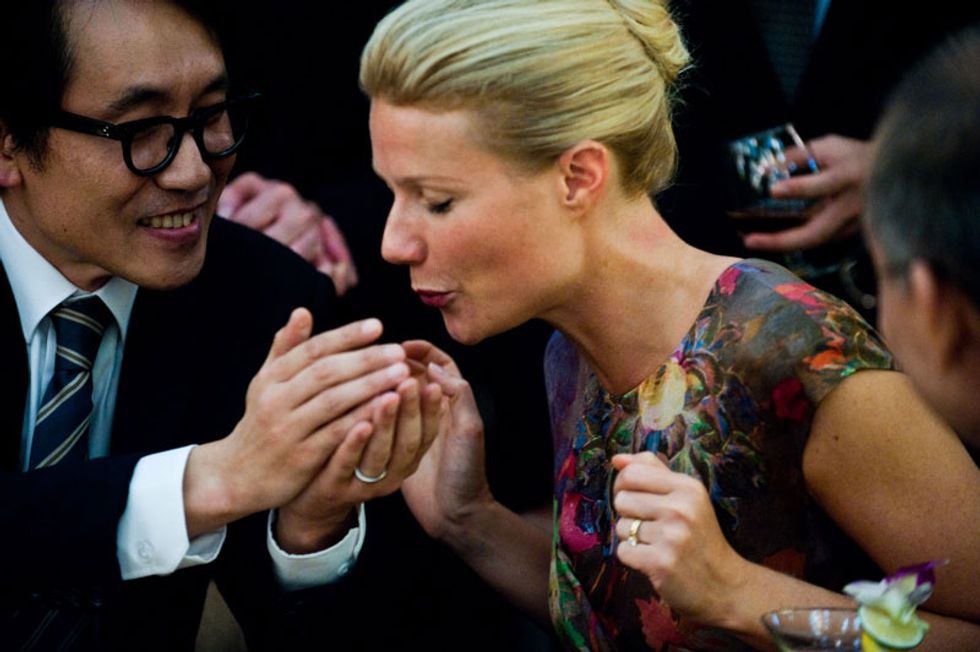 Maybe this is how the world ends – not with a bang but a wheeze. Paranoia seems almost sensible under certain circumstances – a late-night stroll through a dark, deserted alley, perhaps – but what about riding the bus to work, where killers could be sitting beside us, polluting our space with their germs?

If the idea isn’t enough to terrify, it should at least give you pause, which is what Steven Soderbergh’s Contagion does with unsettling precision. It reminds us how daily interactions, as routine as a hug or a handshake, expose us to infection. From there, we are left at the mercy of our immune systems, and the doctors and tech-savvy shamans who offer some sliver of hope, false or otherwise.

Alan Krumwiede (Jude Law) is one of the latter, a so-called Internet prophet who rails against government-contrived remedies to the viral epidemic Soderbergh and screenwriter Scott Z. Burns (The Informant!) envision. He is a cynical creation, a snake-oil salesman painted in broad but depressingly convincing strokes, and he is symptomatic of a society fast declining in size and sanity. In a world where optimism is the first casualty, he profits from fear and desperation.

To say that Soderbergh holds humanity in contempt would be facile – and mistaken – though he recognizes (and illustrates, soberly) the horrors of universal panic. So too does Ellis Cheever (Laurence Fishburne), deputy director of the Centers for Disease Control, whose attempts to create a vaccine prove too slow and ineffectual for the terrified masses.

In typical Soderberghian fashion, Contagion carefully deconstructs a tangled web of narratives, devoting varying screen time to Krumwiede, Cheever and other players in the unfolding disaster. Some, like Matt Damon’s wounded everyman, determined to keep it together even as the world around him falls apart, are given room to perform. Marion Cotillard’s vanishing epidemiologist – an afterthought, it seems – isn’t so lucky.

Yet the movie’s greatest strength lies not with its characters, who function primarily as utilitarian devices in service of a high-concept plot, but in its frighteningly plausible approach to a natural holocaust. So many stories are set in the aftermath of some unseen apocalypse, but Soderbergh calmly traces a coherent timeline of man’s demise, from the first innocuous sniffle to the final death rattle.

Almost invariably, the details ring true. Maybe that’s because Contagion seems to grasp its science as assuredly as it understands human nature. Or maybe it’s because we see ourselves in those lost souls on screen, living on borrowed time and powerless to resist the invisible assassins around us.