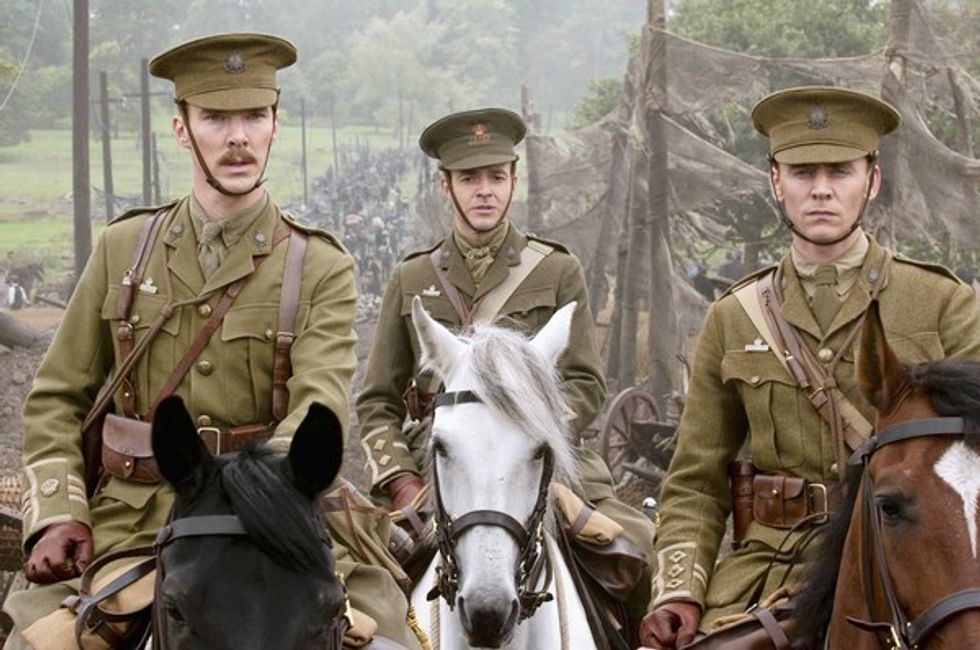 It’s nearly 9:30 on a frigid New York morning, and Tom Hiddleston is running late for the day’s first interview. On arrival, the tall, lean Londoner apologizes profusely, blaming an itinerary that has him rushing from the set of his latest venture – a TV production of Henry V – to press day for Steven Spielberg’s War Horse, opening Christmas day.

All of which is perfectly acceptable – schedules at events like this are made to be broken – but what in god’s name is in that monstrous glass of olive-green sludge he’s waving about? “This is rocket fuel,” explains Hiddleston, 30.

“It’s spinach, lettuce, celery, apple, banana, pear and lemon, and it’s freshly blended. I make it every morning when I’m home, because with the work I have planned, if I don’t get my veggies I’ll get sick. This is the only breakfast I have time for, and the only chance I get to cram in the good stuff.”

This, it seems, should be the winter of Hiddleston’s content. Last summer, he toyed with comic-book fans as the brother of a hammer-wielding superhero in Thor, and seduced the art-house crowd as F. Scott Fitzgerald in Woody Allen’s Midnight in Paris. Now the hype campaign for Marvel’s The Avengers, due next May, is already in full swing, with Thor 2 tentatively set for November.

Yet here he is pulling for War Horse, Spielberg’s adaptation of the award-winning theatrical production. Hiddleston plays Captain Nicholls, a tender soul who purchases the movie’s titular hero – a spirited steed named Joey – to ride into battle in World War I.

Part of the play’s appeal is its ambitious design and dazzling choreography, highlighted by Joey, who is represented by one of several elaborate metal-and-wood puppets. Did Hiddleston have any misgivings about Spielberg’s decision to replace those puppets with real horses?

“In the theater, it’s all about suggesting a reality that provokes the audience’s imagination,” he says. “It’s not possible to recreate the First World War in London’s National Theatre or Lincoln Center. But Steven can rent out a disused airfield outside London and recreate no man’s land – the gore and the terror – with trees on fire and shell holes covered in rainwater and mud.

“The theater is all about suspension of disbelief – the audience’s natural inclination is to disbelieve the action on the stage. You suspend that reaction to buy into an illusion. With film, there is no illusion, in a way. What the camera captures is true. Those puppets were brilliant. But Steven captures the spirit they suggested in a more naturalistic fashion. Neither he nor I saw that as a problem.”

In the book, Morpurgo let Joey tell his own story, recounting the horrors of combat from the perspective of an animal incapable of understanding war, but too accustomed to its ravaging effects. Spielberg enjoyed no such luxury, and never considered that an obstacle.

“The second Joey starts to speak [in the book], it becomes much more of a fable, and I think you suspend your disbelief so radically when the horse starts to think out loud that there are no touchstones with your own life or anything you can relate to. So the first decision was not to let Joey think or speak, but just let Joey emote and exist inside the sequences with these human characters.”

War Horse is opens Christmas day at the Sundance Kabuki Cinemas and the Balboa Theater. For tickets and showtimes, visit them online.