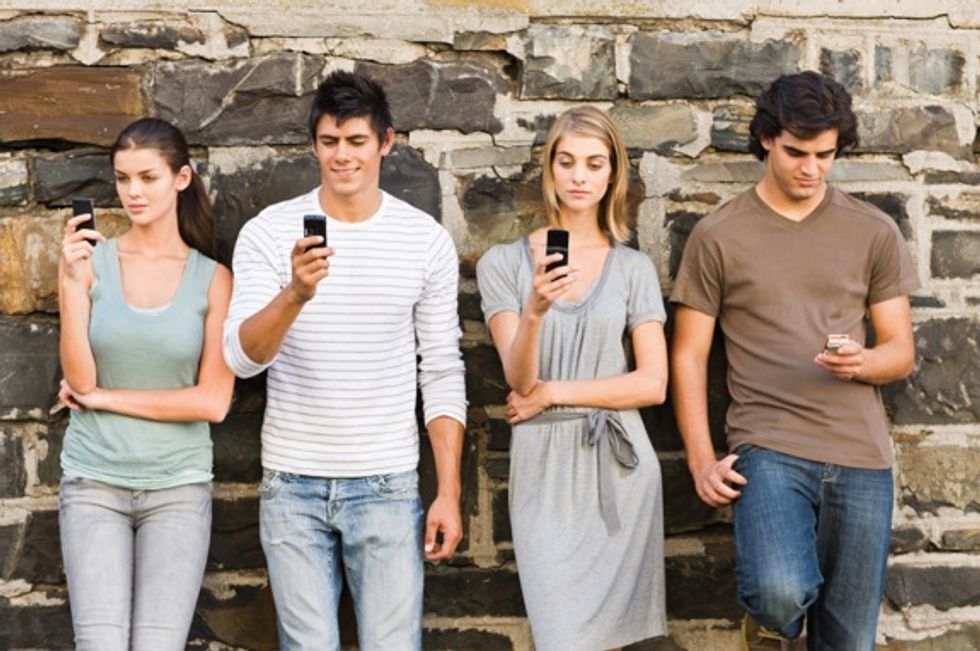 A huge benefit of attending a conference, event, or a meetup is the networking opportunities, but have humans forgotten how to interact face to face?

At SXSW last week, I noticed people fixated on their phones. They were walking haphazardly slow, stopping abruptly, and blocking traffic in the convention center, on the 6th Street sidewalk, and within the hotels. There was a general lack of self-awareness among the throngs of attendees. Everyone was on a device – a smartphone, a laptop, an iPad. During one panel, I felt like Jane Austen taking notes with my feather and pot of ink next to the gleaming iPad screens surrounding me - is a pen and paper so 20th century?

I am certainly not exempt. Every other minute I was checking my iPhone for Twitter updates, following hashtags from panels at which I was not present, checking work email, pinging friends via text, and planning my next move with the SXSW app.

In my hotel’s elevator, I was in deep concentration on my Foursquare check in (I’m in the elevator! With 8 others…) when I was startled by a Southern twang, “So Mary, what does 7x7 do?”

I glanced up, disoriented, pulled out of the matrix by somebody who was actually – gasp – talking to me. I met the eyes of the stranger, Tom from Arkansas, according to the badge hanging around his neck. He had read my name on mine, duh, but I was still taken aback.

More people piled into the elevator, their names and importance level (sponsor, platinum, press) dangling like gold medals around their necks. In reference to the badge’s corporate insignia branded upon every attendee, Arkansas Tom asked unabashedly “Has anybody actually Googled this company to find out what they do?” His question was met by awkward silence until one guy meekly informed us about the company’s Twitter handle.

I met a friend for a drink at SXSW and we had much to catch up on; however, we had each spent the majority of the day nose to phone, so much so that our resulting conversation was totally ADD. We couldn’t focus on each other for more than a few sentences because every fifteen seconds one of our phones would blow up with a text, a tag, an email, or a push notification. And, it was hard to resist biting on all of them.

Is this the evolution of human social interaction?

Many of you are probably reading this on a device, but I challenge you to look up for a moment, take in your surroundings, actually see who is nearby, and maybe interact with another human being. There is no app that compares to eye contact, and the day that smartphones find a way to replicate it - now that will be scary.