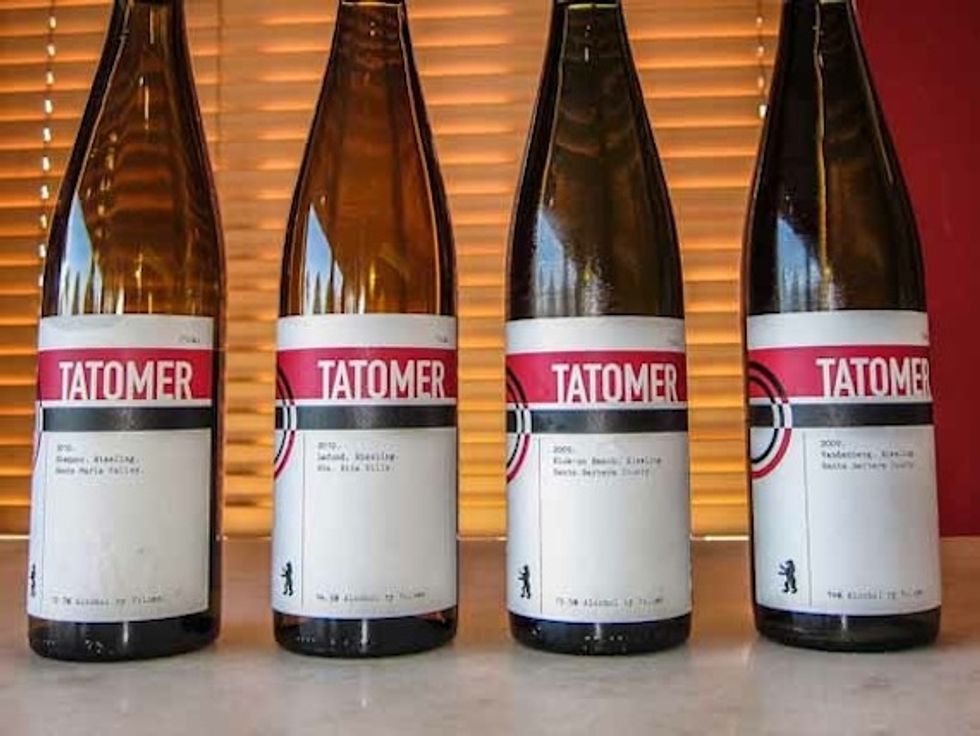 There was a time not so long ago when Riesling was snubbed by those who deemed themselves sophisticated wine drinkers — it was considered cheap, sweet swill for your grandmother. And then came Paul Greico, a sommelier who would appear perfectly at home in any biker bar and who, after five years of preaching the gospel of the difficult-to-know grape variety (is it sweet? is it dry? Alsatian? German? Austrian?) both at his five wine bars in New York City and across the country, finally solidified the grape’s coolness at this year’s Outside Lands when he managed to send dozens of attractive young ladies out in the world with the word RIESLING tattooed on their chests, backs and thighs.

The obvious question is, what’s next?

In the northeastern winegrowing regions of Austria, Riesling grows side by side with the grape Grüner Veltliner. Unlike Riesling, which is widely planted in the New World from Canada to California to New Zealand, Grüner hasn’t wandered far from home. But in Santa Barbara County, there is a guy who may, whether he knows it or not, be making it the next big thing.

That guy isGraham Tatomer, and he knows a thing or two about Grüner Veltliner. He not only worked three harvests with one of the best producers in the Wachau, but also spent one full year there to understand everything from pruning to picking to pressing.

Ask him what he learned during his time at Weingut Emmerich Knoll and he will shake his head in awe. “There is so much I learned from them... It’s impossible to say.” But perhaps the most important thing he picked up from the three-generation family-owned winery is a passion and commitment to his wines. “My whole life is to make these wines as good as they can be,” says Tatomer, who, in addition to his single vineyard Grüner Veltliners makes Riesling so lively, the wine actually seems to be vibrating, like a just-plucked guitar string.

Tatomer describes his wines as “extreme in their nuance.” Whatever it is he learned in the vineyards and cellars of the Wachau has paid off. From the slopes of the Santa Rita Hills, he has managed to capture all the character of Grüner that one might expect from its home turf: intense minerality, distinctive white pepper, white peach, cucumber. “My goals to get it as close to them as possible.” Tatomer says he makes his wines for himself, sommeliers and winemakers; you know, the tastemakers.

The only question remaining is will “Grüner Veltliner” fit on the back of your calf?

Tatomer’s wines are available at Arlequin Wine Merchant, Benu (for which he makes a special blend), Rich Table and RN74, among others.