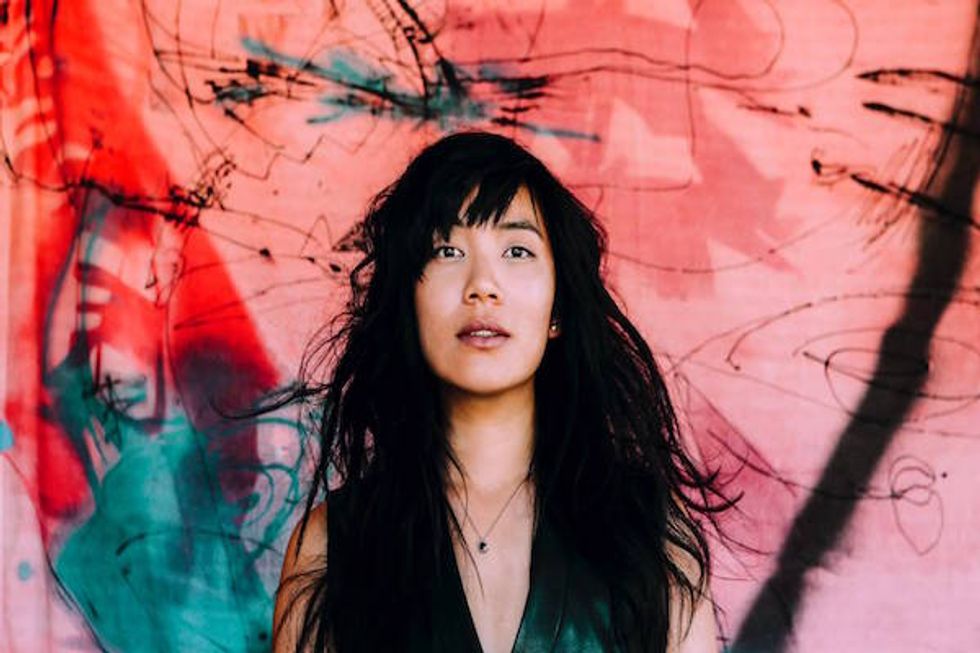 Thao & The Get Down Stay Down Drops New Album, Set to Play the Fillmore

Back in 2014, 7x7 declared the power of Thao Nguyen in our annual Hot 20. Now, the singer is proving she's here to stay with the release (and subsequent tour) of Thao & The Get Down Stay Down's fourth album, A Man Alive.

Virginia-born, Nguyen's 10 years in San Francisco make her a local at last, an experience that's proving to be a major influence on her music. “I love this city, and I have for a long time,” says Nguyen, whose latest lyrics take inspiration from Bay Area life by the water.

“This album is a greater departure than my earlier stuff. It’s a lot more personal, and it has a lot to do with my relationship with my dad,” she says.

Very beat and bass driven, A Man Alive, due out March 4th, evokes the experience of a live show—you might feel like you’re vibing to some magical mashup of Fiona Apple meets Red Hot Chili Peppers.

“My favorite song off the album depends on what mood I’m in. I like Guts a lot, and I think it’s because it’s more sonically straightforward. It serves as a [representation] of the entire emotional life of the record,” the lead singer says.

(Photo By Stephanie Little, Courtesy of The Province)

Thao & The Get Down Stay Down kick off their tour on March 25th in Portland, Oregon; Nguyen says they are excited to wrap it up at our very own Fillmore. Until the albums drops March 4, check out the early release of Nobody Dies, as well as a music video for Astonished Man.

//  A Man Alive drops March 4, 2016 and is available for pre-order here. Get tickets for the San Francisco show at the Fillmore on April 30th, here.

PS: The local girl also shared a few of her favorite SF things in this quickfire round.

7x7:The Independent or the Fillmore?

The Ultimate Bay Area Gift Guide: 60 Locally Made Presents for Every Budget