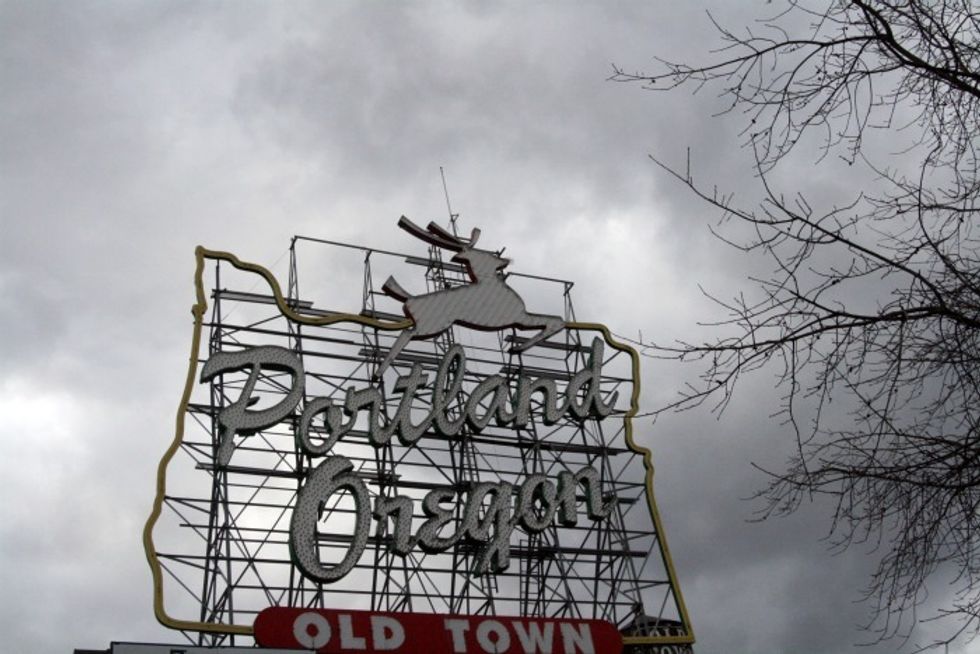 The 7 Best Neighborhoods in Portland

Picking the best neighborhood in Portland is completely subjective. Want great food? Portland has it. How about state-of-the-art public transportation? Check. But you can't have it all, or at least not all at the same time. Choosing your neighborhood comes down to priorities. Willing to take a lively nightlife with a little more crime? Or live in a boring neighborhood that will make your dog or kids happy? This guide will help you decide.

Downtown is an easy choice for the public-transit obsessed, and it's no mystery why. Downtown Portland is the public transportation pride and joy for a city consistently ranked of one of the best in the country for car-less citizens. If you're downtown, you're within easy walking distance of one of downtown's 32 bus lines, as well as streetcar and four high-speed rail MAX lines. Walk, ride or pedal to the Portland Transit Mall that runs 20 blocks along 5th and 6th streets and you'll gain access to a spider web of bus, streetcar and Max routes that lead to every corner of the city. But it gets better: Downtown is part of Portland's "Free Rail Zone," which runs through downtown and across the Willamette River to the Lloyd District. Take a Max ride within those boundaries and it won't cost a dime. That's just one more reason that Portland's car-less commuter website Portland Afoot notes 75 percent of people who live downtown don't own a car.

Every neighborhood in Portland is peppered with great restaurants, but for concentrated excellence you have to go with the upscale Pearl. Even the notoriously brutal Portland Yelp scene grudgingly gives the geographically small Pearl 42 restaurants with at least four of five stars. And the beauty of the Pearl is that it has everything, whether its epic Peruvian tapas at Andina, Portland's nicest brewpub in Deschutes Brewery and Public House, uber-hip French/Italian cuisine at Blue Hour or ridiculously good ice cream at Cool Moon.

Home to the ever-funky Alberta Street, this northeast neighborhood will always keep you entertained. The heart of the east side's arts culture, Alberta is full of galleries promoted by Art on Alberta, strange little coffee shops, boutiques, bars, restaurants, music venues and other oddities. It's also home to Last Thursday, Portland's monthly summertime celebration of its own weirdness. Meanwhile Concordia is caught in the midst of its increasingly controversial gentrification programs, leaving it an interesting mix of races and socioeconomic identities.

With nearby elementary, middle and high schools all ranked "outstanding" by Oregon Department of Education's 2009-10 performance assessment, this tiny southwest neighborhood offers great education for kids of all ages. It's a stable, family-oriented neighborhood with nearly 90 percent home ownership and 77 percent of the population married, according to the 2010 Census Population Map.

Best to Be Young and Single: NORTHWEST The math for the young singles is simple – the more other young singles nearby, the better. And in this category the tightly packed Northwest neighborhood reigns supreme. U.S. Census numbers speak for themselves here: 80 percent single, median age 34. It's also easy to find all those other young, beautiful singles. They're either shopping on NW 23rd Avenue or eating and drinking on NW 21st Avenue.

Runner-Up: BOISE: For a similar experience, look at the Boise neighborhood across the river in Northeast, with 78 percent of residents single, a median age of 30 and an up-and-coming stretch of N Mississippi Avenue. Photo by Flickr user firepile

Best for Pets: TABOR The Tabor neighborhood is named for Mount Tabor, a 630-foot-tall cinder cone covered by a 190-acre park of trails, woods, open spaces and reservoirs. Your dog will thank you for living here, especially because of the park's large, well-maintained off-leash area that's usually full of other friendly dogs and people. Meanwhile the highly rated Mt. Tabor Veterinary Care is close at hand, as are popular pet shops Portland Pet Supply and For Paws.

Runner-Up: SELLWOOD-MORELAND: Active dog lovers in particular will be happy here in the summer. You can take the puppy for a run and swim in the Willamette at Sellwood Riverfront Park, then go out for a beer with your K-9 at nearby Lucky Labrador Brewing Company.

Safest: HEALY HEIGHTS The Portland Police Bureau's clumsy but nevertheless useful CrimeMapper application shows what most Portlanders already know: The city is safer the farther you get from its core around the Willamette River, and the Portland's south end is generally safer than the north. The pastoral, quiet Healy Heights neighborhood followed this trend on the southwest side of Portland with less than one crime per 1,000 people last year.

Runner-Up: BEAUMONT-WILSHIRE: Nearby, the Arnold Creek neighborhood is technically second with three crimes per 1,000 people, but the woods and hills aren't for everyone. For a safe neighborhood closer in, try the old, well-established Beaumont-Wilshire area, which has just 19 crimes per 1,000 and features a happening stretch of Fremont Street.

Best Access to Nature: Forest Park, with its backyard access to the nation's largest urban park and an easy hop onto Highway 26, which will get you to the Oregon Coast and the 11,240-foot-tall Mount Hood both in less than 90 minutes.

Best for Cyclists: St. Johns, with 23 miles of bike lanes.

Most Dangerous: The Lloyd neighborhood had more than one crime per person last year, with 1,086 crimes per 1,000 residents. The Northwest Industrial neighborhood was technically worse, but with only 23 residents its numbers aren't really meaningful. Regardless, you probably don't want to wander around either one at night. By Joe Hansen