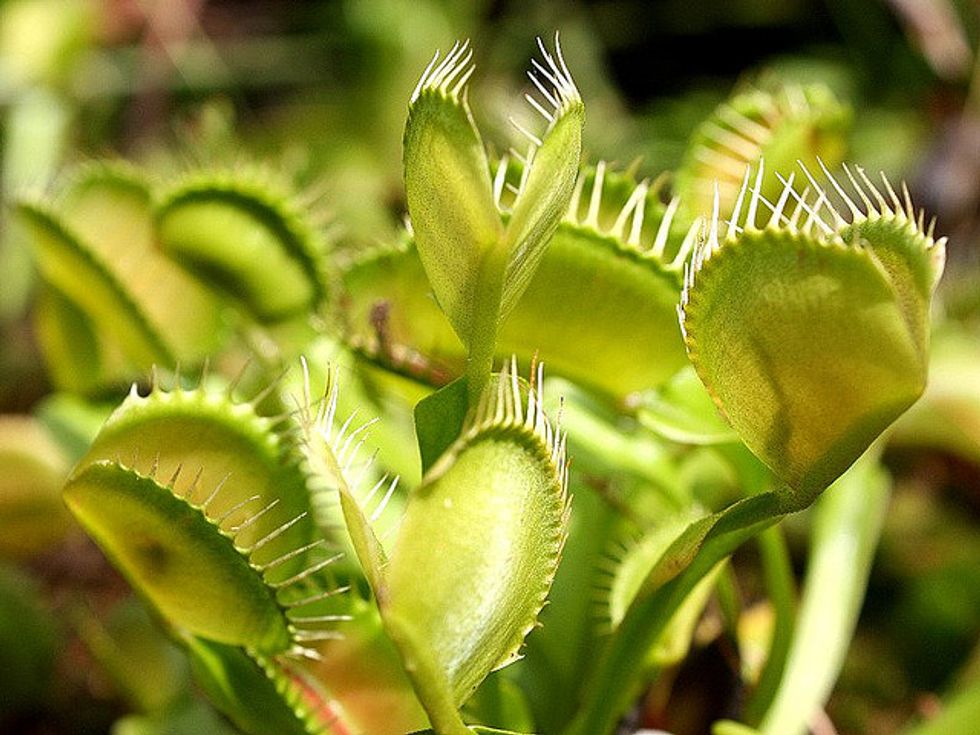 The Big, Bad World of Wicked Plants Show at Conservatory of Flowers

The flora kingdom is a beautiful thing, but all that glitters is not gold. There are some truly evil flowers and plants out there in the big, bad world that have killed, injured and maimed unsuspecting victims. To warn the rest of us, local, award-winning author Amy Stewart is teaming up with SF's own Conservatory of Flowers to present the world with a charming, tongue-in-cheek exhibit called Wicked Plants.

The show will recreate this haunting world of ill-mannered foliage by spooking visitors with cawing crows in a Victorian garden, adorned with the kind of rusty gates and moss-covered statues you'd find in a gothic cemetery, alongside 30 of some of the scariest plants (like poisonous hemlock, castor bean and more) and sinister stories found in Stewart's book, Wicked Plants: The Weed That Killed Lincoln's Mother and Other Botanical Atrocities, which inspired it all.You'll come out feeling like you just lived through a crime novel, starring plants.

Here's a taste of just how these nefarious plants have managed to reduce the human population by a few thousand, in Stewart's words:

"A shrub nearly blinded Frederick Law Olmsted, America's most famous landscape architect. A flowering bulb sickened members of the Lewis and Clark expedition. Poison hemlock killed Socrates, and the most wicked weed of all-–tobacco-–has claimed 90 million lives. A stimulating little bush in Colombia and Bolivia called Erythroxylum coca has fueled a global drug war, and hellebore was used by the ancient Greeks in one of the earliest instances of chemical warfare.

. . .The horrid corpse flower reeks of dead bodies; the carnivorous Nepenthes truncata can devour a mouse; and the whistling thorn acacia harbors an army of aggressive ants that attack anyone who comes near the tree."

The exhibit runs from April 7 through October 30, open Tuesdays through Sundays from 10 am to 4 pm. General admission is $5.

And to get you prepped for all this freaky foliage, we couldn't resist embedding this SNL classic.