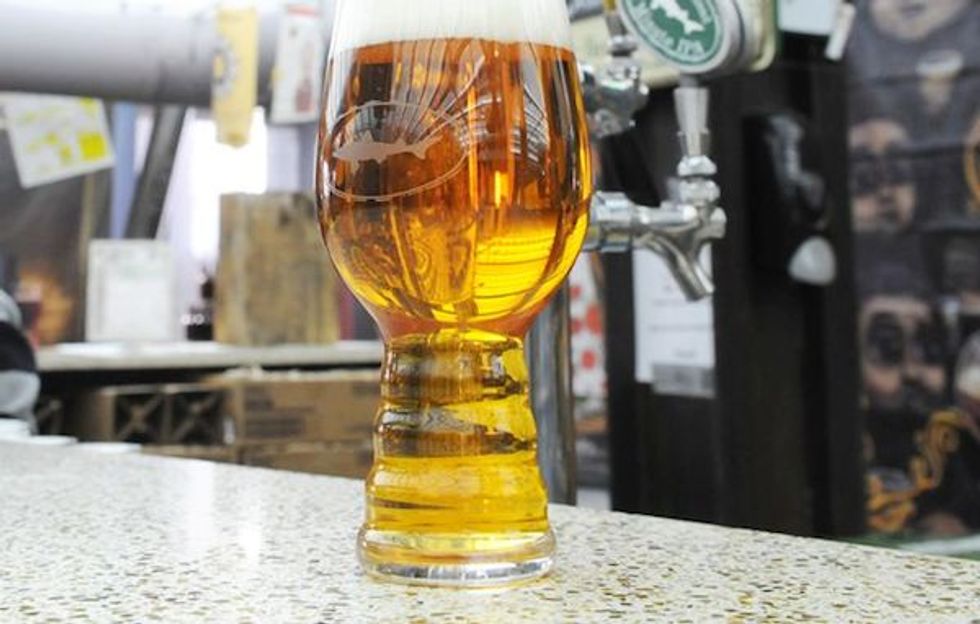 You can find it around town for the next few weeks, but it’s not like any brew you’ve ever had. It’s called Kvasir, and it’s the latest hybrid recreation in what’s known as the Ancient Ale series from Dogfish Head Brewery, which is known for making off-centered ales for off-centered people. The original beverage was popular for about a thousand years in Scandinavia but has never been commercially brewed and packaged till now.

Kvasir is named for a heroic wiseman whose blood, by a kind of reverse transubstantiation, was turned into a wine which gives its drinker the gifts of wisdom and poetry. The ingredients list for the modern version came from Dr. Pat McGovern, a biomolecular archeologist at the University of Pennsylvania Museum of Archaeology and Anthropology. McGovem analyzed residues on pottery shards collected from four Scandinavian settlements, dating between 1200 B.C. and 200 A.D. All of them contained traces of an essentially identical beverage, suggesting the drink was popular across the area for more than a millennium. Dogfish Head’s founder and president, Sam Calagione, helped work out the recipe particulars and recreated this hybrid of beer, fruit wine, and mead, which is flavored with ingredients that include yarrow, lingonberries, cranberries, myrica gale, and birch syrup. “The ingredient I’m most excited about is the lingonberries,” Calagione said. "I had thought Kvasir would have a boggy, primeval flavor, but instead it tasted quite modern: bright and tart, with an extremely dry finish.”

The brew’s flavor is reminiscent of a crisp and dry lambic. It’s wonderfully complex and refreshing and is yet one more example of how craft brewers like Dogfish Head are expanding beer boundaries. While there are plenty of beers that stick with traditional combinations of barley and hops, a growing number of brewers are "uncorking the past" to relearn what’s been lost during beer's industrial Dark Ages. Take note: if you miss this initial batch of Kvasir, you’ll need to wait till late summer for the next one.

And speaking of limited beer engagements, Dogfish Head founder and master brewer Sam Calagione, will be popping into town to host a beer dinner at Abbot's Cellar on Wednesday, January 22. Abbot's Cellar will be dedicating the night's four course tasting menu to Dogfish Head beers -- and Calagione will be chatting with diners about them. Calagione has chosen beers from his own cellar including a 2005 World Wide Stout, 2007 Red & White, 2006 Immort Ale and 2006 Raison d'Extra. Reservations are available here or by calling 415-626-8700.