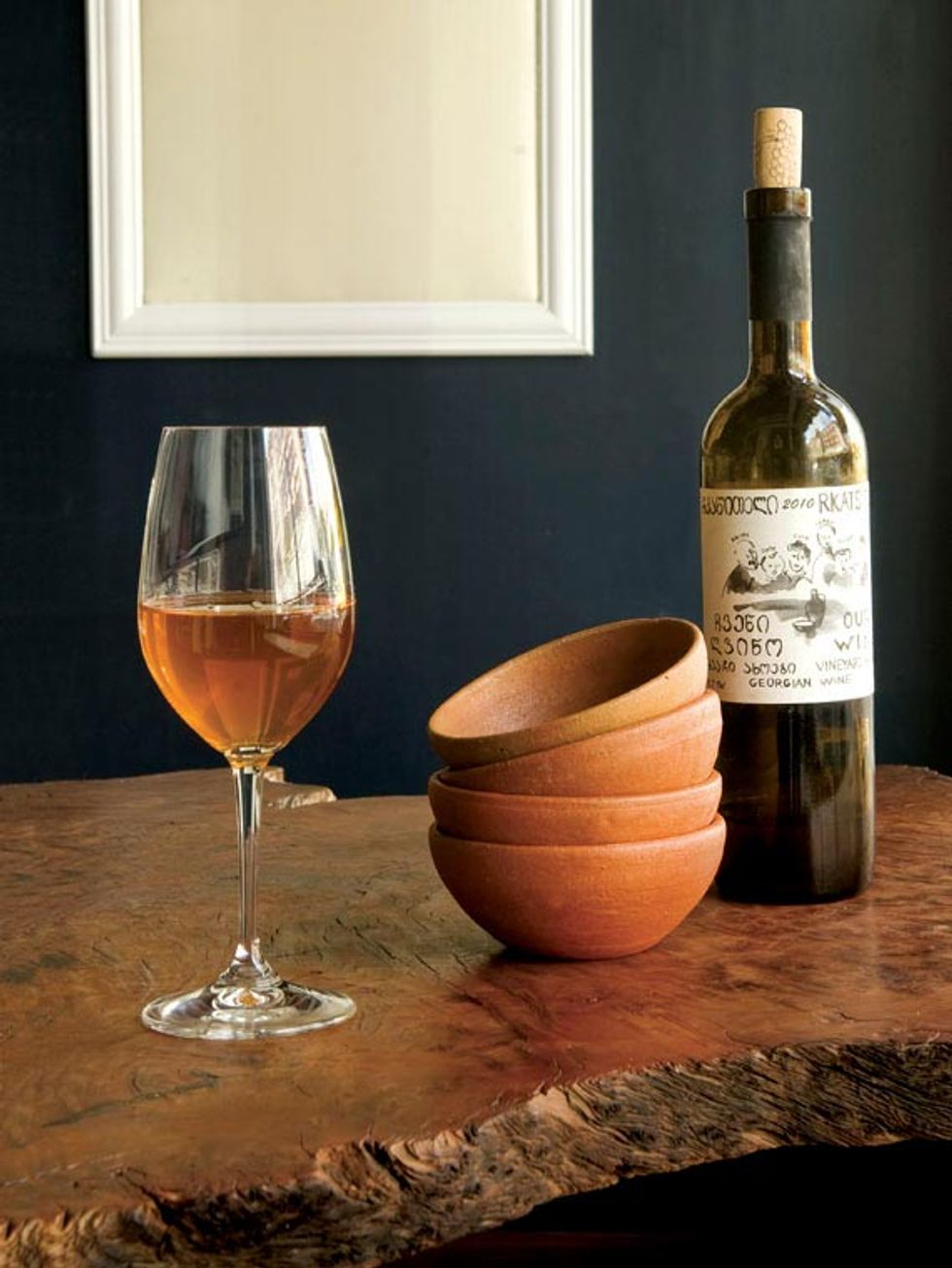 The Skinny on Viticulture's Hippest Grapes

San Francisco drinkers love a trend. Gin, rye, and rosé have all seen waves of rediscovery in recent years, and lately, orange wine is all the rage. But what’s behind the novel hue?

Drawing on ancient methods, winemakers across the US, Europe, Australia, and the country of Georgia are making a style of natural white wine in which the skins are left on during fermentation, giving it a golden and often deep orange hue—as well as structure, tannins, and a food-friendly funkiness. “It’s like red wine made with white grapes,” says Ceri Smith, owner of Russian Hill’s Biondivino Wine Boutique and newly opened Et Al. wine bar. She explains how the fad began as a backlash against the conformity of modern wines in Italy. “You’re tasting what is really the oldest type of wine known to man,” Smith says, showing off a bottle from a Georgian monastery called Alaverdi, which opened in 1011.

Expect a range of dry, floral, apple, and tangy oxidized notes that may prove too much for some tasters. One well-known bottle, Radikon, has the tannins and earthy flavors of a light Pinot Noir. “I crave them,” says A16 and SPQR owner-sommelier Shelley Lindgren, adding that the acidity and savoriness of some orange wines makes them incredibly versatile for food pairings. “We’re pouring one that literally goes with everything.”