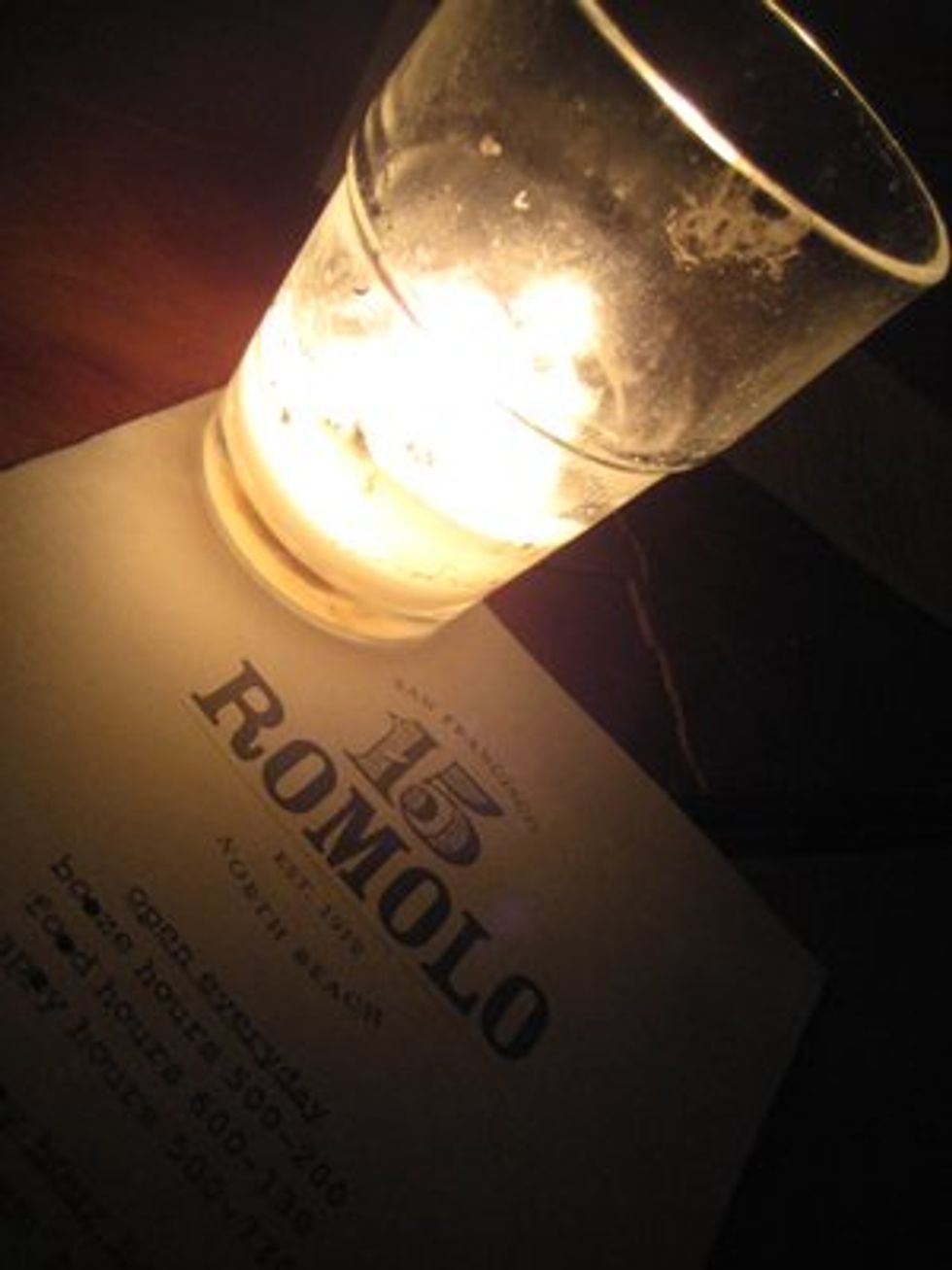 The first time I ended up at 15 Romolo I was too drunk to know where I was or how I’d gotten there. I remember coming home to my girlfriend at the time and telling her that I’d found “the coolest bar that was up some random alleyway and that I’d probably never be able to find again.” I was wrong on part of that score; I have definitely found 15 Romolo again and again and again. In fact, almost all my North Beach adventures include a stop there at some point. The night usually starts at Spec’s, then moves to another bar or two, lands me at 15 Romolo, and ends with either the Bow Bow Lounge, Sam’s Pizza & Burgers or both. Anyone who says North Beach is just full of douchebags, topless bars, and shitty clubs is right, but only if that someone doesn’t know the right places to go.

When the trend of pre-prohibition style cocktails took over the city a number of years back, 15 Romolo was one of the first bars to heed the clarion call. People began rallying behind the word mixologist (apparently my spellcheck lives in a flyover state because it isn’t hip to the term yet), and bartenders with fancy mustaches, bowties, and suspenders cropped up at establishments all over the city. While I can appreciate finely groomed facial hair as much as the next person, I found that, with a lot of these mustache bars came a fair amount of pretention. And what endeared 15 Romolo to me (besides the low lighting, dark wood interior, and old school neon sign) was that that sentiment never seemed to take root. The vibe has always been more like, “Hey pal, what kind of booze do you like? Let me make you a bad-ass drink.”

On weekends, North Beach is the ultimate amateur hour. It’s full of bridge and tunnel knuckleheads disappointed by over-the-pants handies from strippers and releasing that frustration by getting into fights. One of the best parts about Romolo is that a lot of these tools still haven’t managed to walk the 30 paces up from the heart of the shit show and in through the bar’s front door. But this is The Weeknighter goddammit, we’re not concerned with Friday or Saturday nights anyways. We’re concerned with Monday evening happy hours that turn into Monday night make-out sessions in the phone booth/photo booth. We’re concerned with Tuesday nights catching up with old friends on the well-worn benches that line the walls. We’re concerned with eating fresh, locally sourced bar food at 12:45 am on a Wednesday night (or any night for that matter) and running into your favorite random acquaintances on those Thursdays where everything else seems to fall through.

There are a lot of good reasons to visit North Beach on a weeknight and unless something drastic happens, 15 Romolo will always be one of them. If you see me there, come say hi.