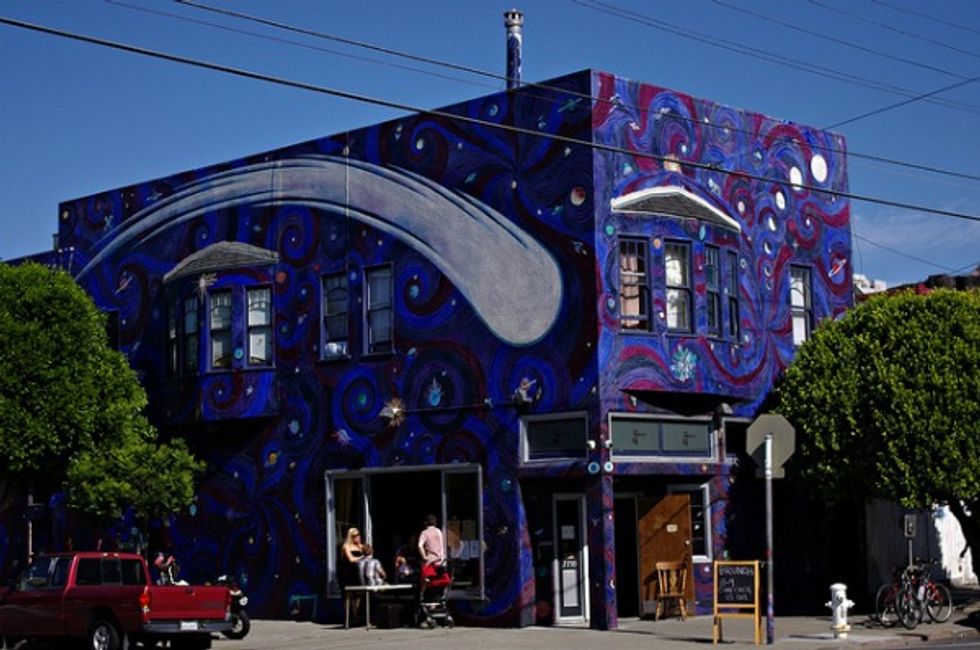 Weekends are for amateurs.  Weeknights are for pros.  That's why each week Stuart Schuffman (aka Broke-Ass Stuart) will be exploring a different San Francisco bar, giving you the lowdown on how and where to do your weeknight right.  From the most creative cocktails to the best happy hours, Stuart's taking you along on his weeknight adventures into the heart of the City's nightlife.  So, who wants a drink?

Asiento is the kind of place San Franciscans love. Part of this is because it’s tucked away in a section between the Mission and Potrero Hill frequented usually only by locals; no fanny-packs or Fisherman’s Wharf fleeces here. It’s also unpretentious but serves high quality food and drinks.

My night had started at Noise Pop’s holiday party in the Mission. Being that this is the tiny village of San Francisco, there was an abundance of familiar faces nestled in amongst the scores of strangers. Someone eventually introduced me to Molly, aka Molicious, from the SF Local Station radio show on Mutiny Radio. She and her friends were heading down the street to Asiento for it’s anniversary party and they invited me along.

I had been to Asiento a couple times before, but only for a few moments, catching a quick drink en route to somewhere else. This was the first time I was actually spending any real time in the bar and I could see why my new friends had talked so highly about it. While I was, of course, wooed by the fact that I was eating and drinking free anniversary goodies, it was the general atmosphere that was reeling me in.

The bartenders were smiling, capable drink makers, the tapas-style food was diverse and flavorful (with Thailand, Spain, and the Middle East represented on the menu), and a newly acquired license allowed for there to be a DJ who was, thankfully, not playing dubstep.

One of my personal favorite, quirky things about Asiento (other than the groovy building-wide space mural outside) is that it has has a unique happy hour where the first patron who comes in the door at 5 p.m. gets to add a drink of their choice to the evening’s happy hour list. They also have a ton of board games to choose from for those times when you wanna kick back, have a tipple and some tapas, and whoop your friends’ asses at Apples to Apples. Plus their Sunday brunch (11 a.m. - 4p.m.) is rumored to be as stellar as the aforementioned mural.

As the night wore on and the conversation landed on things not fit for these pages, I looked around at my new friends and thought about how wonderful the city of San Francisco is. In how many cities can you walk out of your apartment with no concrete plans, and unexpectedly end the night at an interesting local haunt with cool new friends, talking and laughing about unsavory things? Not nearly enough.

Stuart Schuffman (aka Broke-Ass Stuart) has been called "an Underground legend" by the SF Chronicle, "an SF cult hero" by the SF Bay Guardian, and "the chief of cheap" by Time Out New York. He is also the host for the IFC travel show Young, Broke & Beautiful. Follow him @BrokeAssStuart.