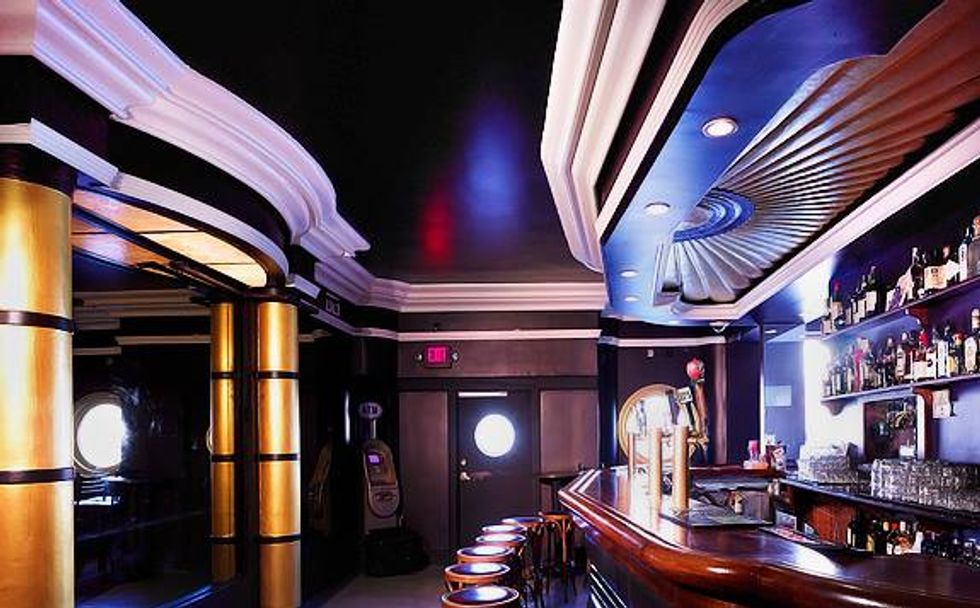 Lately, I’ve noticed a rise in the visibility of Emperor Norton’s visage and mythology. From an Emperor Norton walking tour, to Monarch’s new Emperor Norton’s Drawing Room, to a renewed push in the struggle to name the Bay Bridge the “Emperor Norton Bay Bridge,” San Franciscans seem to be gravitating towards our Patron Saint of Weird and Wonderful (I just coined that).

I think, at least subconsciously, it’s because, as we see our strange and beautiful city become increasingly less strange, we’re looking towards our past to give us hope for our future. Like the Romanov’s leaning upon the legend of Peter the Great to assure themselves of their legitimacy, we are like some kind of dynastic family, using the imagery and super fucking crazy ideas of our founding member, as a form of propaganda that says, “Keep San Francisco Weird.” The City is changing drastically in front of our eyes and those of us who came here not just to make money, but because San Francisco allowed us be our true selves, keep looking towards Saint Emperor Norton to be our guiding light.

The cats behind Emperor Norton’s Boozeland get this. In a city where each new bar that opens seems to be catering specifically towards SF’s specific brand of new moneyed technocrats, Boozeland is the opposite. It’s a bar geared towards people who love cheap booze, and shit talking, and loud rock n roll, and more than anything else, San Francisco. Brought to you by the people behind Bender’s, the legendary Mission dive that just had its 10 year anniversary, Boozeland took over the spot previously inhabited by the awesomely dancey and divey Deco. While I do miss Deco’s wicked fog machine and lasers, Boozeland stepped up their game by bringing a perfect neighborhood bar into the Tenderloin. From the royal purple pool table to the shuffleboard to the back patio, Boozeland is drinker’s paradise. And the original art deco bar, that must’ve been installed by the space’s very first proprietors, makes this drinkery feel that important half step above the surrounding Tenderloin riff-raff.

I was there the first night Emperor Norton’s Boozeland opened. In attendance was what amounted to a royal retinue of SF service industry folk. People who’ve been in the trenches, getting San Franciscans drunk and fed for decades were there alongside people who moved here recently to get away from whatever it is that chases people out of the places they’re from and into the arms of San Francisco. We were there to drink and laugh, and to hug and congratulate Johnny Davis and his partners on the opening of their new bar. But also, in a way, we were there to see something that we all really needed to see: the opening of a bar that was made just for us.

I originally wanted to name this article “The Importance of Being Emperor Norton,” but it seems to fit better telling you this right here. As the years go on and The City changes, the importance of Emperor Norton in our local mythology only seems to grow. And that’s because it has to. Each time they do something to appease the queasy stomachs of San Francisco’s nouveau riche, like ban public nudity or close our public parks at night or disperse the chess players on Market Street, the Emperor Norton myth grows. That’s because the importance of Emperor Norton is that he symbolizes San Francisco at its best: strange, unpredictable, curious, mysterious, freewheeling, and more than anything not willing put up with trifling bullshit.

In 1872 Emperor Norton decreed that anyone who was caught using the word “Frisco” would have to pay a fine. If he were alive today his decree would be to fine people for incessantly talking about their new app or their IPO. Maybe that’s a decree that Emperor Norton’s Boozeland should think about instating while you’re between its hallowed walls. 510 Larkin St @ Turk.