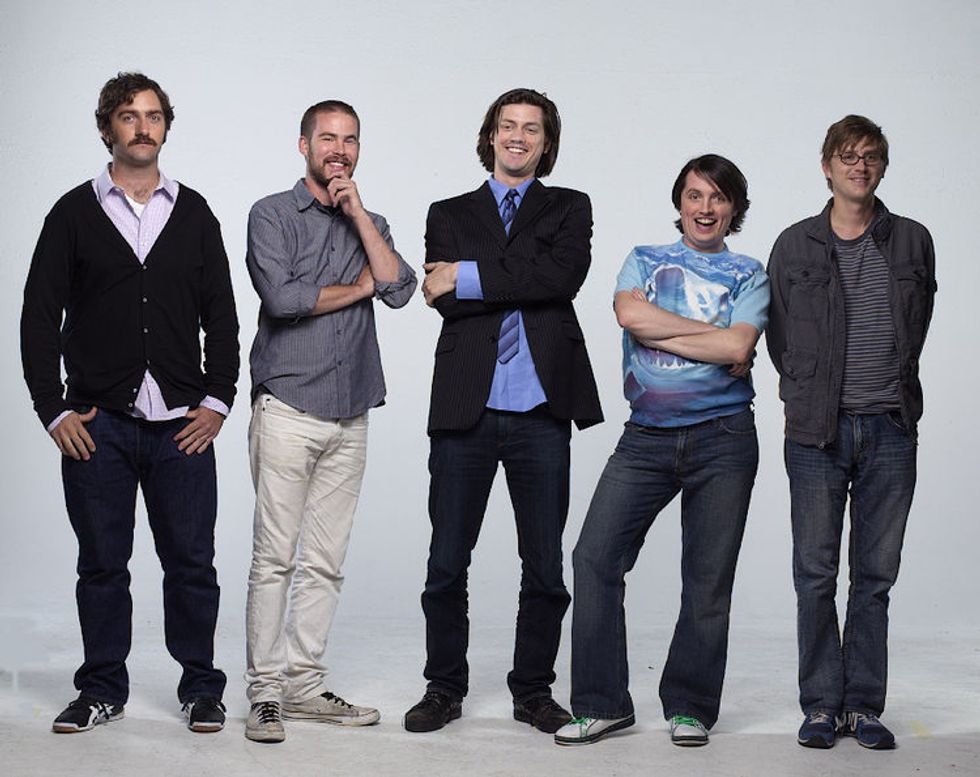 I'm mid-interview with Sam Brown and Zach Cregger from the sketch comedy troupe The Whitest Kids U'Know, searching for the words that might explain what makes them hilarious, as if they needed one more testimonial. They don't, of course — their IFC show and millions of YouTube video fans are proof that something they're doing is working. But what is it, exactly, that runs through all of their sketches?

For one, they know when to not say "When." They'll often take ideas and extend them and milk them until no surplus jokes remain, and then they'll milk it a bit more.

"I think you're describing what others might call 'beating a dead horse,' " says Cregger (incidentally, not only will they beat a dead horse, they shoot ponies, too.

WKUK started a semi-national tour this week and will land at Cobb's Thursday night to take part in SF Sketchfest's week-long occupation of the city (see schedule of events here). The group finds itself in a bit of a transition period having ended its five-year run with IFC, turning its attention to live performances and other projects.

After five years of doing sketch for TV, the team figured the show had run its course, citing other five-year runs of sketch shows like Kids in the Hall and Monty Python. "I think after five years I've squeezed just about every possible sketch scenario out of my brain, so it was time to try something else," says Brown, who co-founded the group with Trevor Moore at the School of Visual Arts in New York City in the early 2000s.

But the troupe must go on. Cregger and Brown have relocated from NYC to LA in the last few years, along with Moore, to focus on other career pursuits, and they've got a movie in the (early) works. "There's gonna be a LOT of violence, probably like 95 percent gore, five percent comedy," Zach promises. "We're spending our entire budget on special effects," adds Brown.

They've been writing the thing with other WKUK members scattered around the country — Darren Trumeter lives in New York, Timmy Williams in South Dakota — so they end up writing in bursts whenever everyone's in town. It's kind of like a rock band getting together for a limited-time recording session — an obvious metaphor for a comedy group that loves its heroin, they joke. "You just gotta know your limits, is the trick," jokes Cregger.

But in seriousness, the rock band analogy brings up an interesting question: in a culture overflowing with standup comedians, why so few touring comedy troupes?

"It's a numbers game," says Brown. "It's just not affordable to tour with a bunch of people. It's a lot easier to make money when it's just one guy going from city to city."

Which is why Thursday — and Sketchfest at large — is such a rare treat. Expect some classic characters and sketches mixed with some new material written exclusively for the stage.

"Live shows are immediately rewarding," says Brown. "On TV, you can't really tell if it's funny. But when you do something live you can gauge it, and it's either very rewarding or very embarrassing. There's more chaos to it."