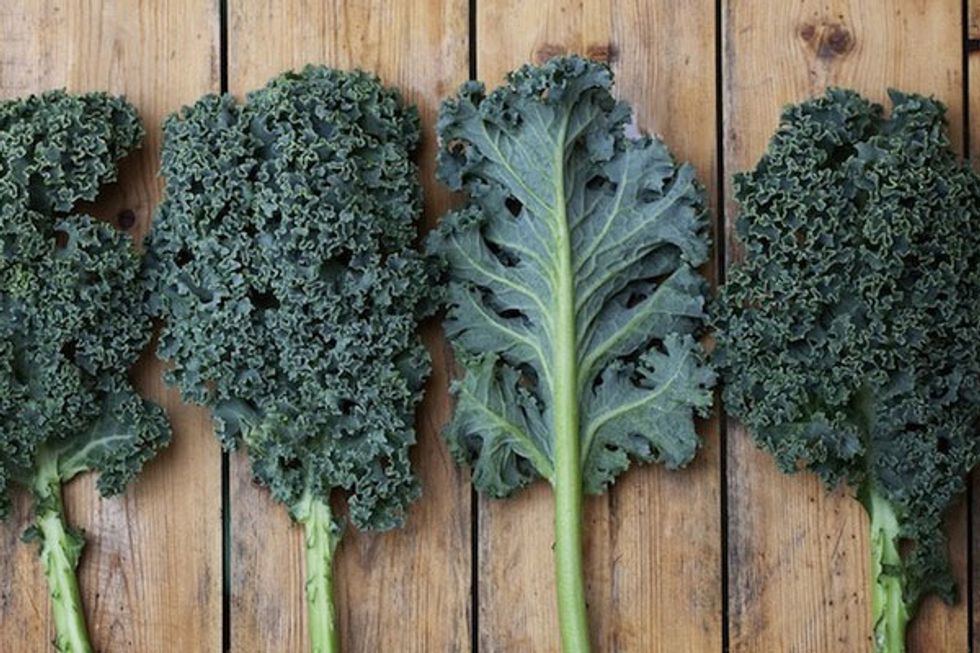 There's a Kale Shortage! Eat These Other Leafy Greens Instead

Start rationing your juices, bid farewell to the city's top salads, and gird your loins, it looks like we have a global kale shortage on our hands!

According to ABC News, Bejo Seeds, one of the world’s foremost kale seed suppliers, has emptied their kale stock, and now farmers in Australia may be unable to grow enough of the leafy green to satisfy the Bay Area's kale lovers.

Since Bejo Seeds also supplies to farmers in the states, it's possible that American consumers could feel the sharp pinch of a shortage (First a drought, and now this!). After all, the the popularity of the curly green leaf is still at an all-time high, as evidenced by the fact that 250 babies in the US were named 'Kale' last year.

The jury's still out on, however, on whether or not this will truly ruin every menu in the City. Rumors of kale shortages have been circling (and creating mass panic) for years, and scientists aren't positive that the repurcusion of this one will be felt around the globe. Still, it might be time to diversify your veggie portfolio.

We asked local farmers market expert and associate director of operation at CUESA Lulu Meyer for the three best alternatives to kale, all guaranteed to provide similar health benefits and probably make your morning juice taste even better. Aideu, kale.

This variety is a nice mellow chard, less bitter and more earthy than other chard varieties or even kale itself. Young Erbette leaves work well in salad or lightly braised.

Chicories have lots of variety, similar nutritious value, and most varieties work well cooked or raw.

Mustard greens, collard greens (especially baby ones), and dandelion greens are all a good alternative for cooked preparations. They vary in bitterness but have good versatility.

For more alternatives to kale check out CUESA's Guide to Spring Greens.