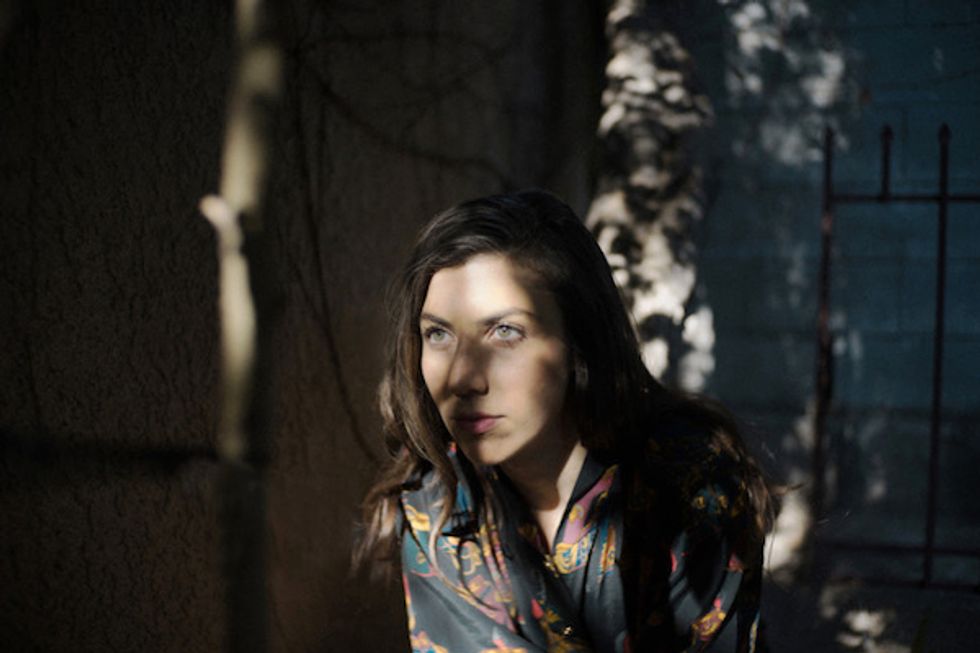 Is your calendar filling up with must-see shows and your wallet nearly empty? Us too.

Tuesday: Majical Cloudz at The Chapel

Majical Cloudz lead singer Devon Welsh might not have the tortured soul he pretends to have onstage and in his songs. But, what if he did? His lyrics tackle themes of death, reclusiveness, and general darkness, and his shows are more therapy-session monologue than excitable pop music. Still, the wonder and beauty of his vocals and production mastery make Majical Cloudz one of the most compelling acts of the last couple years. // $15, January 26: 777 Valencia St (Mission); Get tickets here.

Thursday: Future Birds at The Independent

Meet the latest Athens, Georgia-based band to make a dent well beyond their college town roots: Future Birds. The list of bands to ascend from that small town of about 100,000 people is disproportionately sprawling: R.E.M., B-52s, Drive-by Truckers, Widespread Panic, Of Montreal, The Whigs, Reptar, the Olivia Tremor Control...it goes on and on. Future Birds trends more alt-country than most of the other bands on this list. // $13, January 28: 628 Divisadero St; Get tickets here.

Friday: Dan Deacon with Kaitlyn Aurelia Smith at The Fillmore

Dan Deacon concerts are make-shift houses of worship. Not in a religious zealotry way, but in a we got to RISE UP AND CELEBRATE ALL THAT IS FUN AND BEAUTIFUL sort of way. That’s another way of saying you’re gonna do some organized dancing. // $20, January 29: 1805 Geary Blvd (Western Addition); Get tickets here.

Philadelphia indie rock band Dr. Dog is billing its latest release, Psychedelic Swamp, as a “new old” album” (due out Feb. 5). The band re-recorded material written in the late 1990s and early ‘00s, at their “weirdest and most adventurous, when it was working in elements of trippy audio collage and lo-fi noise with seeds of songs phasing in and out of the mix.” Yes please. // $28, January 30: 1807 Telegraph Ave (Oakland); Get tickets here.

Sunday: Julia Holter at The Chapel

A Julia Holter album is like reading an incredibly compelling travel story. There’s something exotic, fascinating, somewhat dangerous and challenging, but immediately unshakeable. That feeling that, whatever the expense, you’ll find your way to her world, and maybe never come back. Her latest travel brochure...err album, Have You in My Wilderness, represents her definitive work to date. Critics have called the evocative LP “genuinely exceptional” (The Guardian), “her most approachable” album (AllMusic),  and “palpably self-confident” (Pitchfork), and so many other things. // $16, January 31: 777 Valencia St (Mission); Get tickets here.