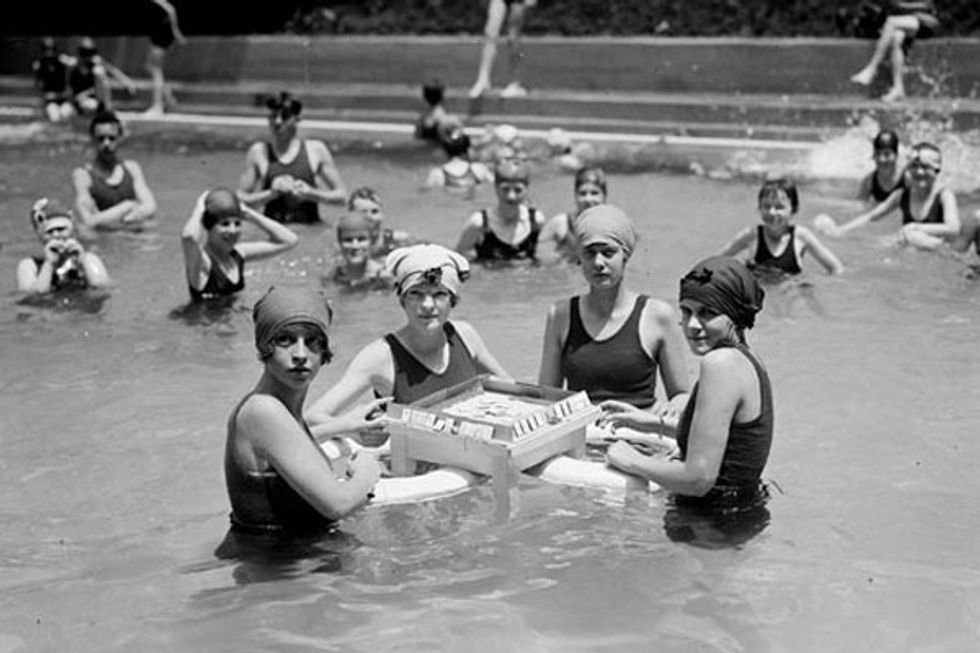 7x7 editors reveal the best events going on this week, giving you a heads-up on tickets to grab before they sell out!

Mah jongg, the board game created for Chinese aristocracy, swept the United States in the 1920s when it was first imported—rumor has it—to SF. This summer, the exhibit “Project Mah Jongg” opens at the Contemporary Jewish Museum, digging into the influence the game had Jewish culture. In addition to exploring themes of immigration and cultural assimilation, the museum will hold DIY mah jongg workshops and “Jews for Dim Sum” events, where patrons can play, nosh, and gossip.

Yet another excuse to drink for a good cause. UC Berkeley’s Regional Oral History Office will hold a fundraiser at Bar Agricole in support of their new project about the legacy of the West Coast cocktail. In addition to zippy cocktails, there will also be a silent auction and raffle with the chance to win a distillery tour of St. George, a spirit seminar by Thad Vogler, drink books from Omnivore Books on Food, bitters-making kits, and more.

The Marin Shakespeare Company celebrates its 25th Silver Season with their annual outdoor festival of the Bard's greatest works, including "As You Like It." This year, thanks to a gift from an anonymous donor, tickets for any performance of “As You Like It" are donation based – so pay as you like it. The season continues with "Romeo and Juliet," in late July, and "An Ideal Husband," opening in August (tickets are $35). Grab a picnic blanket, vino, and snacks and sit down for some comedy and drama in the park.

"As You Like It" opens Saturday, July 12. Opening night includes a pre-show celebration at 6:30 p.m. with dessert buffet, champagne toasts, and special entertainment, music, and festivities. Presented at Forest Meadows Amphitheatre, located on the campus of Dominican University of California in San Rafael. Get tickets here.

Opera at the Ballpark

A strange yet powerful duo, the San Francisco Opera and the San Francisco Giants partner to present Opera at the Ballpark. The completely free, very San Francisco event allows attendees to enjoy a live simulcast of Verdi’s "La Traviata" on the park's scoreboard while sitting on the field (!) and in the stands. Husband-and-wife duo – soprano Ailyn Pérez and tenor Stephen Costello – portray ill-fated lovers Violetta Valéry and Alfredo Germont.

The triennial Bay Area Now returns to the Yerba Buena Center for the Arts, shining the spotlight on groundbreaking works from 15 performing and visual arts organizations. San Francisco resident Mike Rothfeld (whose 2013 piece The Guardians of Next Tuesday is seen here) will be installing a large papier-mâché-and-LED-light sculpture in YBCA’s lobby as part of the ongoing Stairwells project. Also slated are dance performances, lectures, immersive workshops, and site-specific experiences.

The Triumphant Return of Che Fico