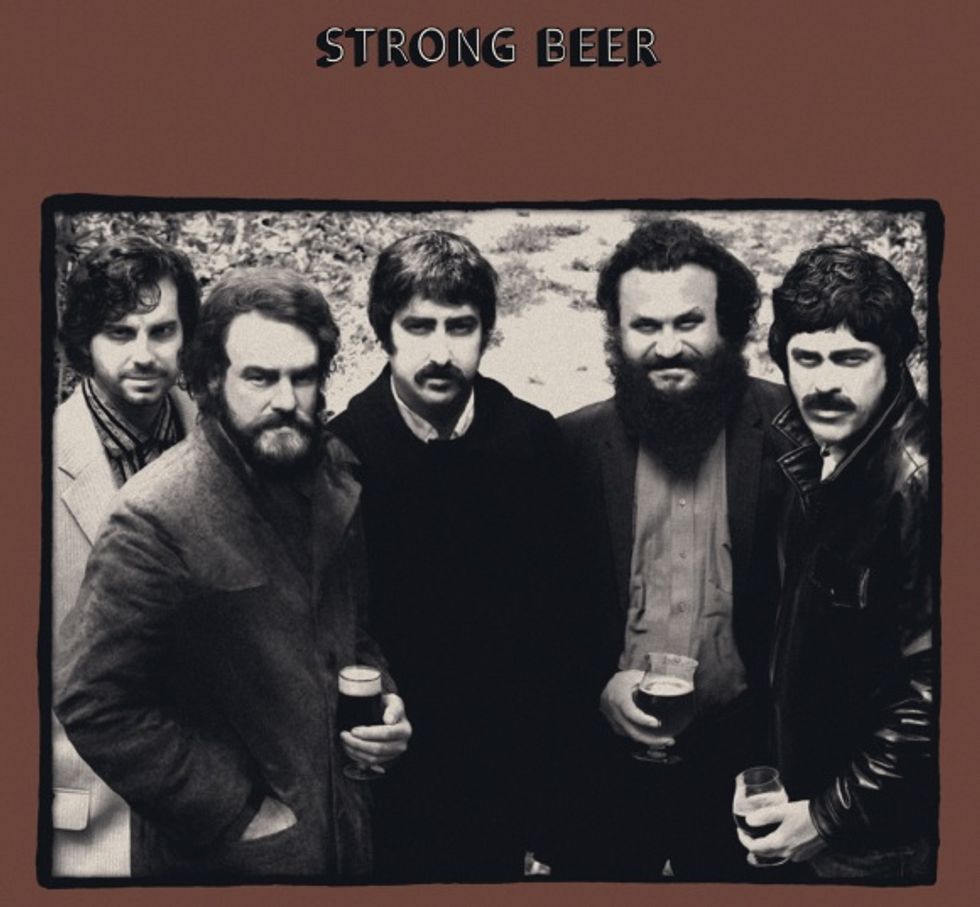 When was the last time you walked into Magnolia or 21st Amendment and the bar wasn’t crowded? Right. But even though they pour to packed houses, the brewmasters, god bless ‘em, interrupt their already sold-out brewing schedule every February to insert six new beers just because they want to pour more season-appropriate heavies.

For eleven years, Magnolia Brewpub and 21st Amendment have been celebrating February as Strong Beer Month. Both breweries will craft six beers of at least 8% ABV and put them on draft 'til they run out. If you’ve been to either brewpub in years past and pop in this year, you’ll recognize some familiar names. Both breweries tweak the recipes on the regular strong beers and throw in a few newcomers to keep it interesting. They also enjoy creating pictorial parodies for these events and this year’s is based on the classic 1969 album cover for The Band.

While at either brewpub, pick up a Strong Beer Ticket and get it marked for each brew you imbibe. If you get through all 12 beers, you can turn in your ticket for a commemorative Strong Beer Glass. Be warned: You may need the glass to remember the event if you sample all 12 in one day.

Also, for the last couple of years, Social Kitchen & Brewery has added their own take on strong beers during February. This year brewmaster Kim Sturdavant has crafted the following for their “Strong Beer Social”: