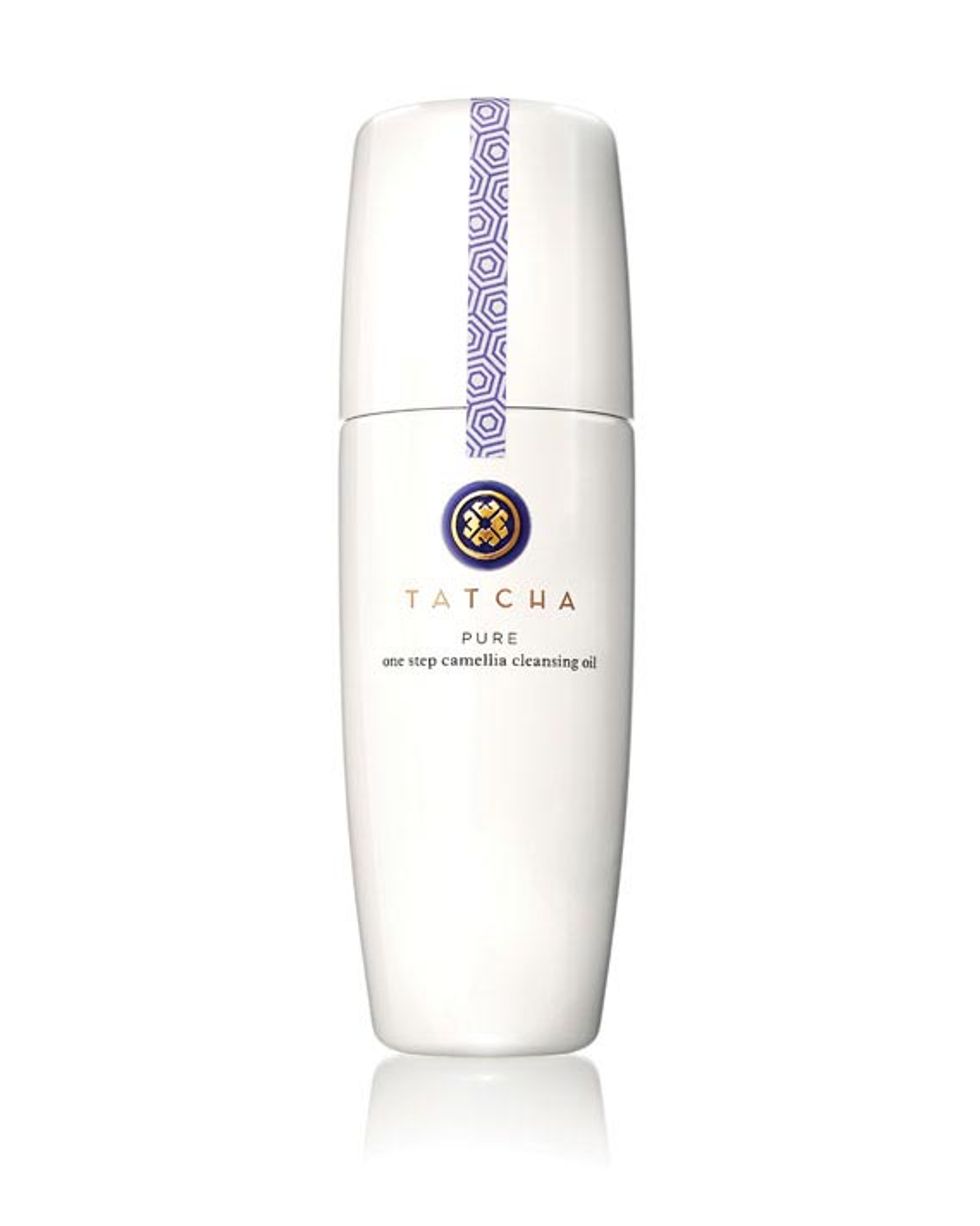 Skin care regimens can be tedious and painstaking. Not so with four-year-old brand Tatcha, which elevates sink time with the beauty traditions of the fabled geisha. Seeking the secrets to those magnificent complexions, founder and SF resident Victoria Tsai, 34, sold her car and engagement ring in order to acquire, through an antiquities dealer, what historians deem to be among the oldest beauty books written in Japan. Quite possibly the only one of its kind and first translated by Tsai’s team, the 200-year-old manuscript Miyakofuzoku Kewaiden (Capital Beauty and Style Handbook) may be the stuff of legend, but its lessons stand the test of modern science.

According to the book, geishas went wild for oxidant-rich camellia oil, which was known to protect and nourish the skin of female pearl divers while mining the frigid depths off the island of Oshima. Tatcha employs camellia’s essential fatty acids in its cleanser and moisturizing oil with extra virgin camellia oil—cold-pressed from the hand-picked and dried fruit to ensure the vitality of its nutrients. The products are further enhanced by an antiaging complex of red algae that boosts the skin’s barrier function for long-lasting moisture retention, antioxidant-rich rice bran that scavenges for free radicals, and a green tea extract that is five times more potent than vitamin C in protecting against UV damage.

So enthralling are the stories behind the ingredients that Tatcha fans could overlook Tsai’s commitment to environmental values (including reduced packaging), acquired during her tenure as marketing director at Berkeley’s GoodGuide. Free of harmful parabens, synthetic fragrances, and phthalates, Tatcha products—created and manufactured in Japan—are also eco- and human-friendly. A heady cocktail of social responsibility, science, legend, and luxury, Tatcha and its concoctions are greater than the sum of their parts.

Anything conventional youth potions can do, naturals can do better. It’s a challenge Marie Veronique Nadeau, founder and formulator of her eponymous organic brand, poses to the beauty industry with the launch of Pacific—a collection focused on advanced anti-aging. Just like its luxury counterparts, Pacific features chic packaging, a partnership with a five-star spa (Auberge Resorts employs the line in a signature facial), and a stand-alone boutique in a well-heeled neighborhood (the Mill Valley shop opened in the fall). But what makes one elixir stand apart from the crowd at prestigous cosmetic counters is complex. Marie Veronique aims to distinguish itself by harnessing the powers of the sea.

Pacific utilizes marine seaweeds, kelp, and algae extracts sustainably harvested from the Pacific Ocean and Pacific Rim, which happen to boast almost supernatural benefits to the skin. The Topical Marine Treatment, the line’s star product and a recipient of an Elle 2013 Genius Award, contains biopeptides that rejuvenate complexion by stimulating the reproduction of fibrocytes—regenerative cells that create elastin, collagen, and hyaluronic acid—which are found in abundance in youthful skin. Astounding biopsies by Beverly Hills dermatologist and coformulator Eric Lewis, MD, all point to the treatment’s status as a miraculous breakthrough: After 30 applications, the serum can reportedly reverse the age appearance of skin from 66 to 30. Impressed by the numbers, industry press has been quick to compare the formula to La Mer, that rarefied brand well known as the crème de la crème of fancy wrinkle creams.

The wide acclaim of Pacific is thanks to Nadeau’s own beauty philosophy: no needles, no unhealthy ingredients. Just the right therapeutic nutrients to help the ecosystem of your skin function optimally. She cites a story about Jacques Cousteau as her inspiration. When Cousteau encountered an oil spill on the ocean, he noticed that the water was dirty, the fish dead. A few years later, he returned to the same spot, teeming with life. He was astonished by what nature could do when left alone. Nadeau, 64, says the same is true of skin. “Give it the tiniest window of opportunity by providing what it needs,” she says, “and it will do wonders.”

Karen Behnke, 56, was way ahead of the juice craze. The entrepreneur who built the country’s first corporate wellness company, PacifiCare in 1983, long ago saw the glowing benefits of superfood cocktails. In 2005, she founded San Rafael-based skin care company Juice Beauty.

Steering clear of lead, heavy metals, and other chemicals—ingredients that are all banned from food items but are often unregulated in conventional cosmetic formulas—Juice Beauty became the first U.S. brand to offer products made with juices from certified organic farmers when it launched its first hit, the Green Apple Peel. (Composed of a patented blend of organic acids found in apple, white grape, and lemon juices, the peel brightens, lightens, and tightens without stripping the skin.) Behnke not only champions the benefits of juicing in skin care, but she also has the numbers to back her up.

Juice Beauty’s Stem Cellular eye treatment, part of the Stem Cellular Collection formulated with a proprietary blend of fruit stem cells and vitamin C, has a 96 percent  success rate for banishing dark circles. And 88 percent of users saw improved tone and texture after a single use of the best-selling Green Apple Peel. But perhaps most persuasive is Behnke’s own demonstration: Treated with the peel, the back of her hand is a glowing contrast to her neglected forearm speckled with age spots. If this doesn’t sell you, celebrity endorsement might: a vegan collaboration with Alicia Silverstone launched in 2012.

Also unsurprising is Juice Beauty’s environmental ethos. The company’s packaging is made of recycled paper printed with soy ink, and 80 percent of its products are manufactured in solar-powered labs in Northern and Southern California. Juice also donates a percentage of revenues to groups such as Conservation International, Teens Turning Green, The Organic Center, and the Breast Cancer Fund.