Three SF Chocolatiers Break Out of Their Boxes 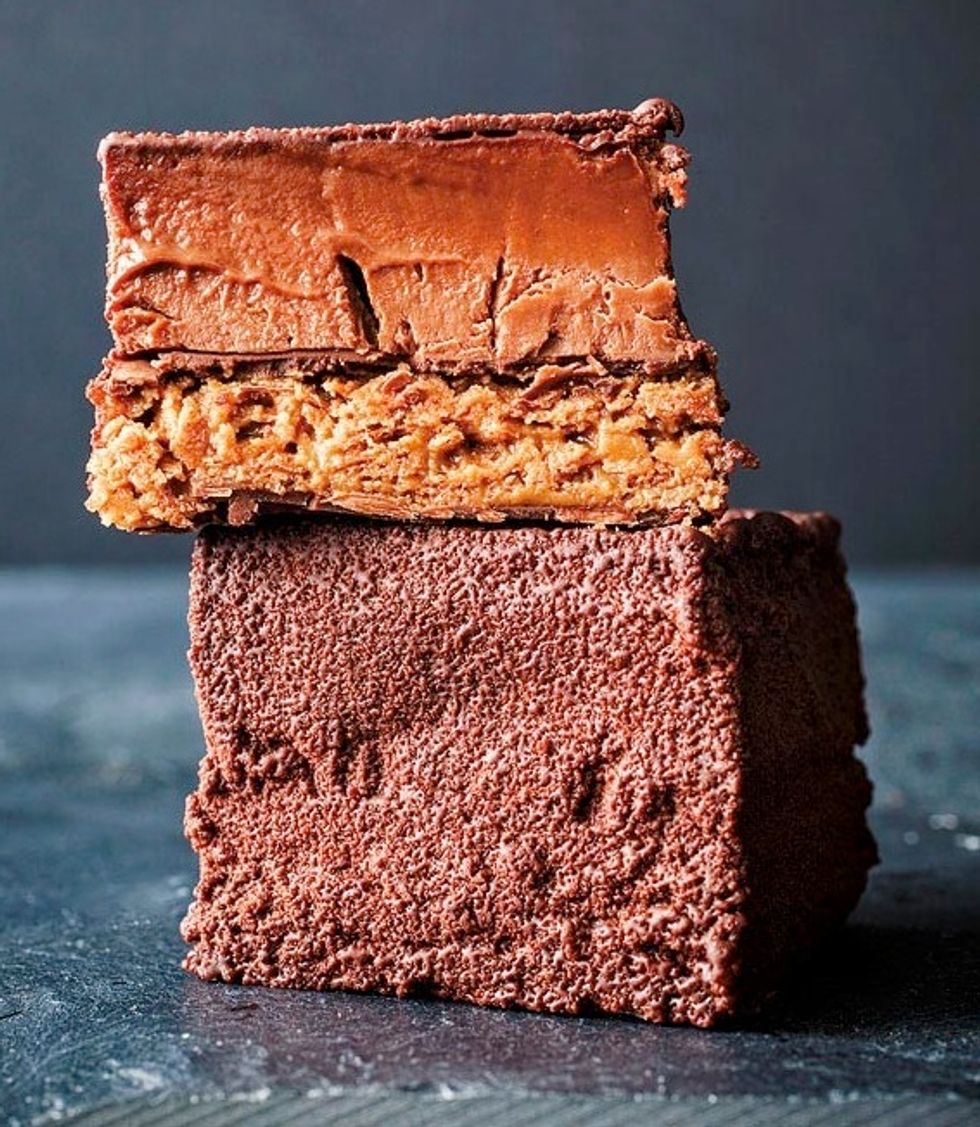 PreviousNext
Chuck Siegel roasts and caramelizes his own hazelnuts for this praline cake layered with mousse. 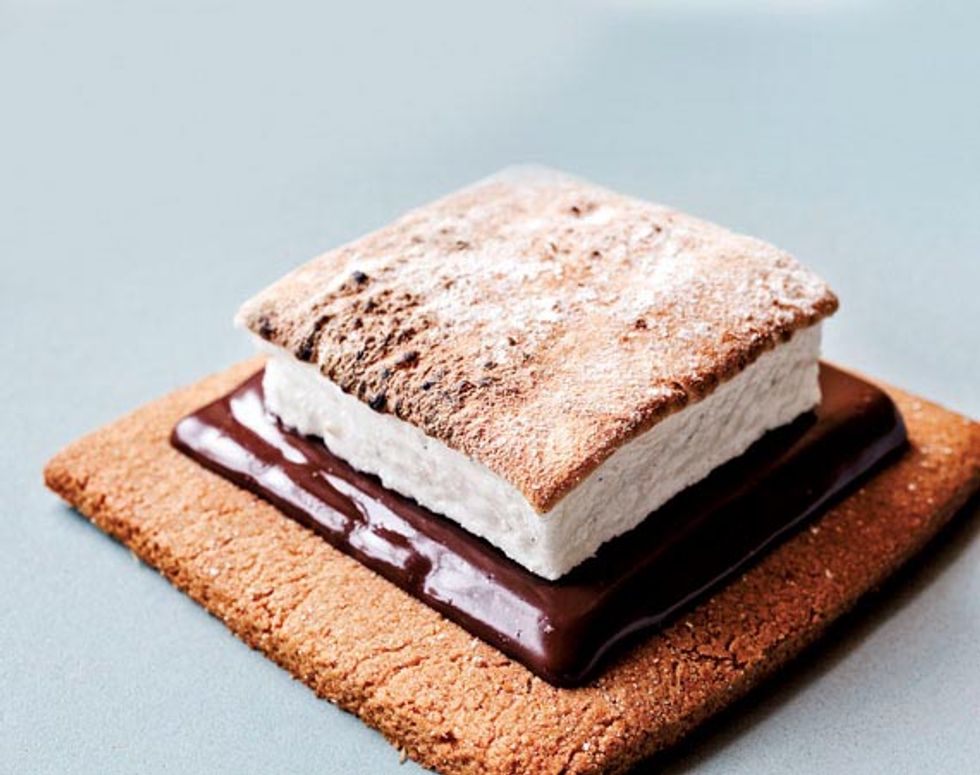 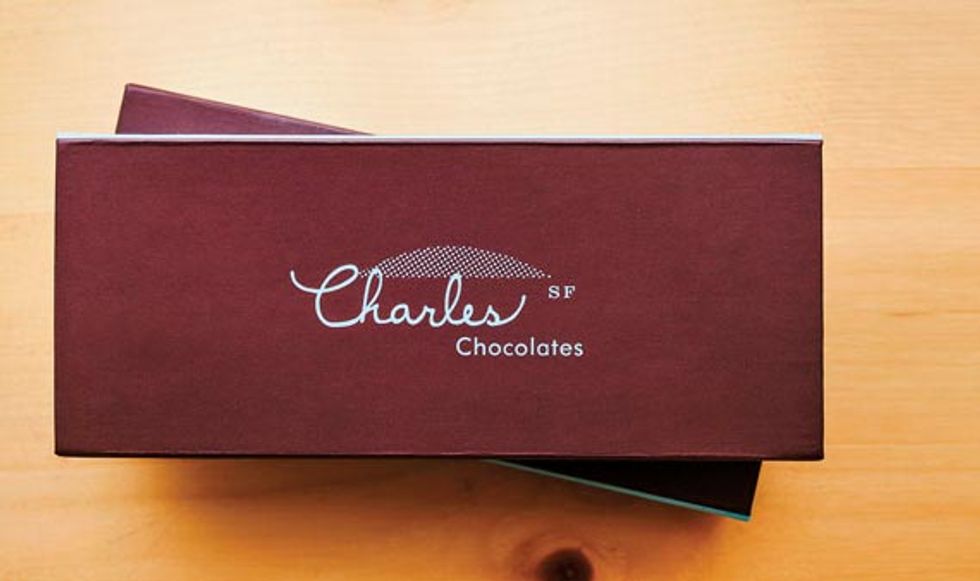 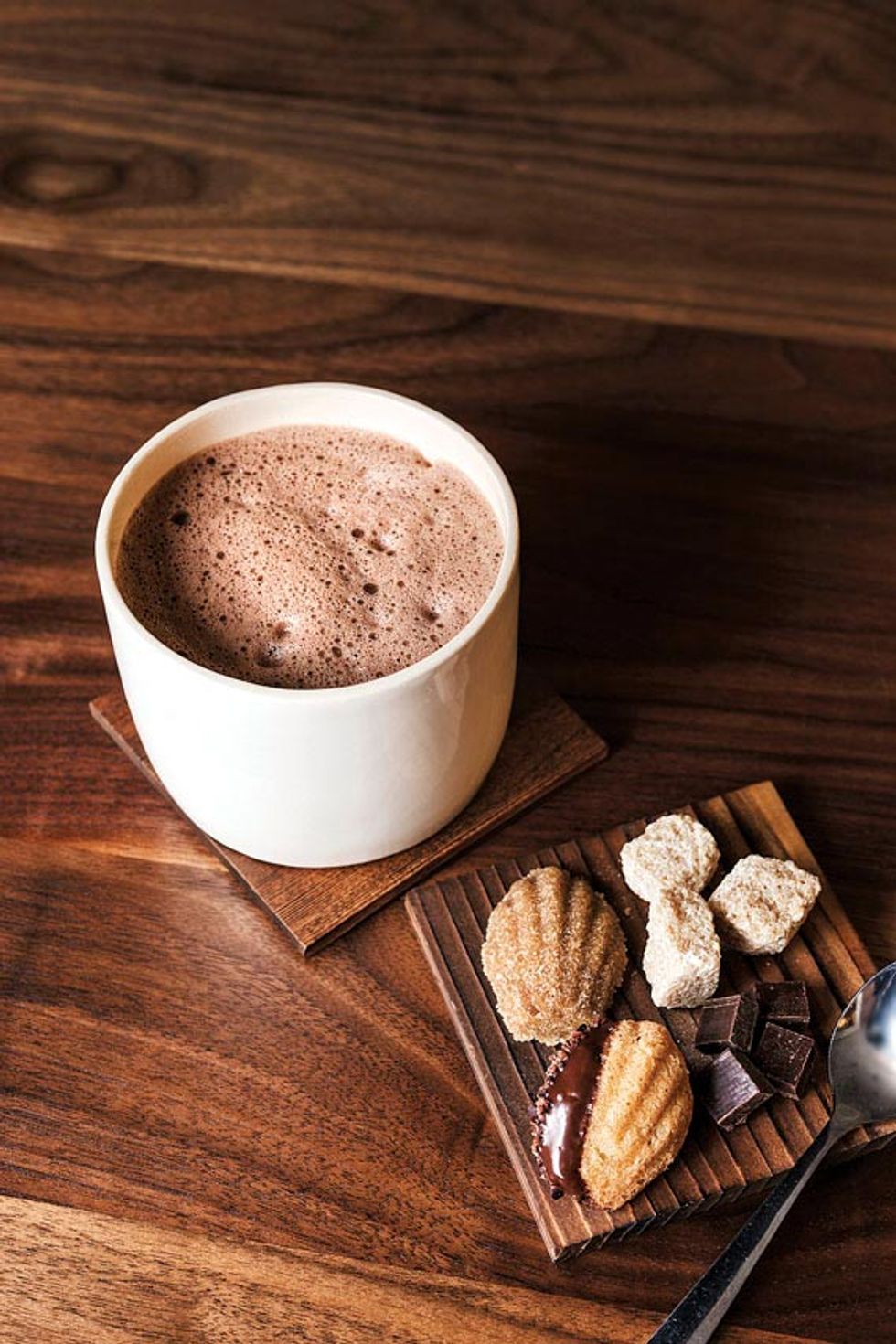 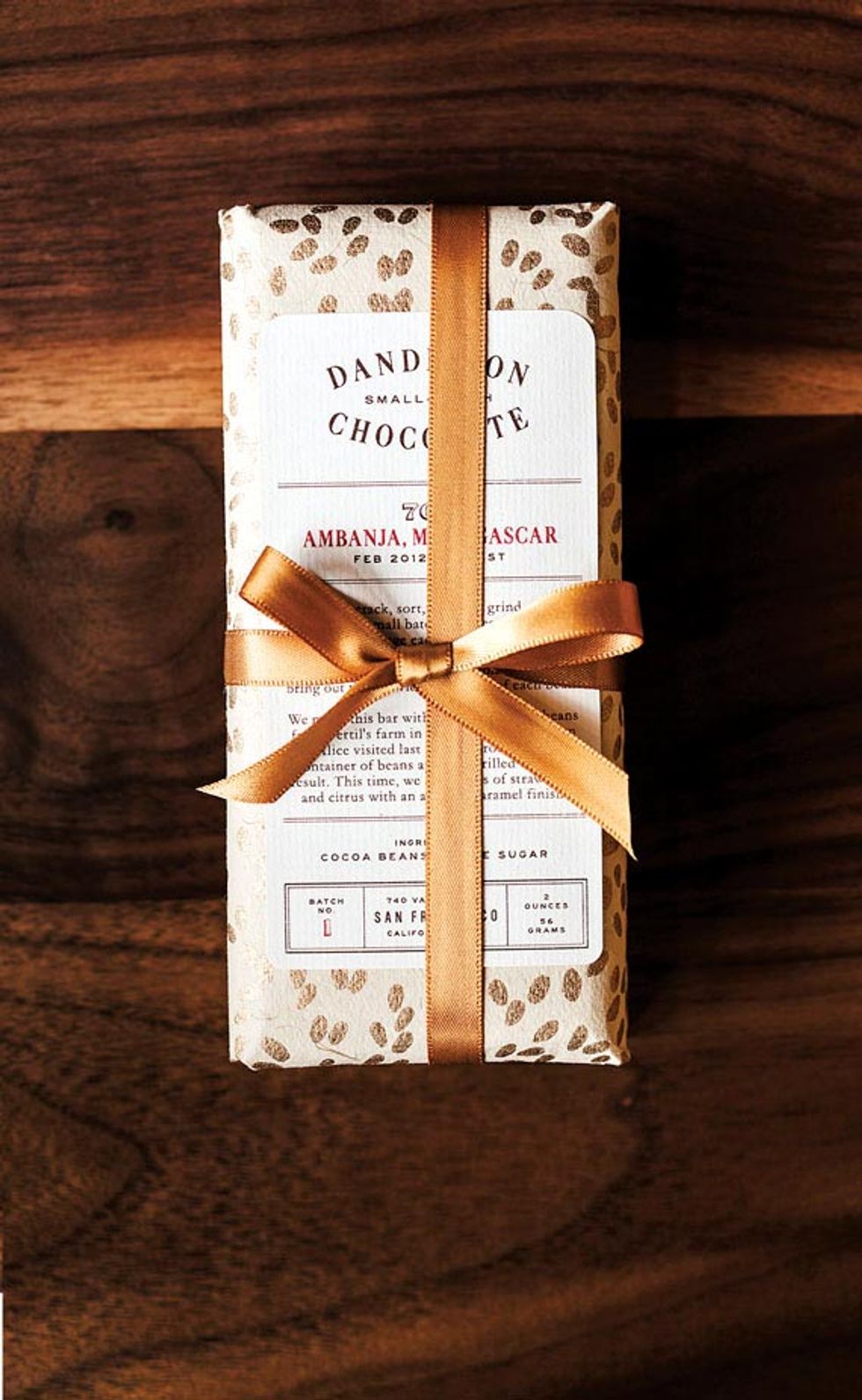 PreviousNext
Despite owning a 1955-made confection packaging machine, the Dandelion crew foil-wraps each bar by hand. 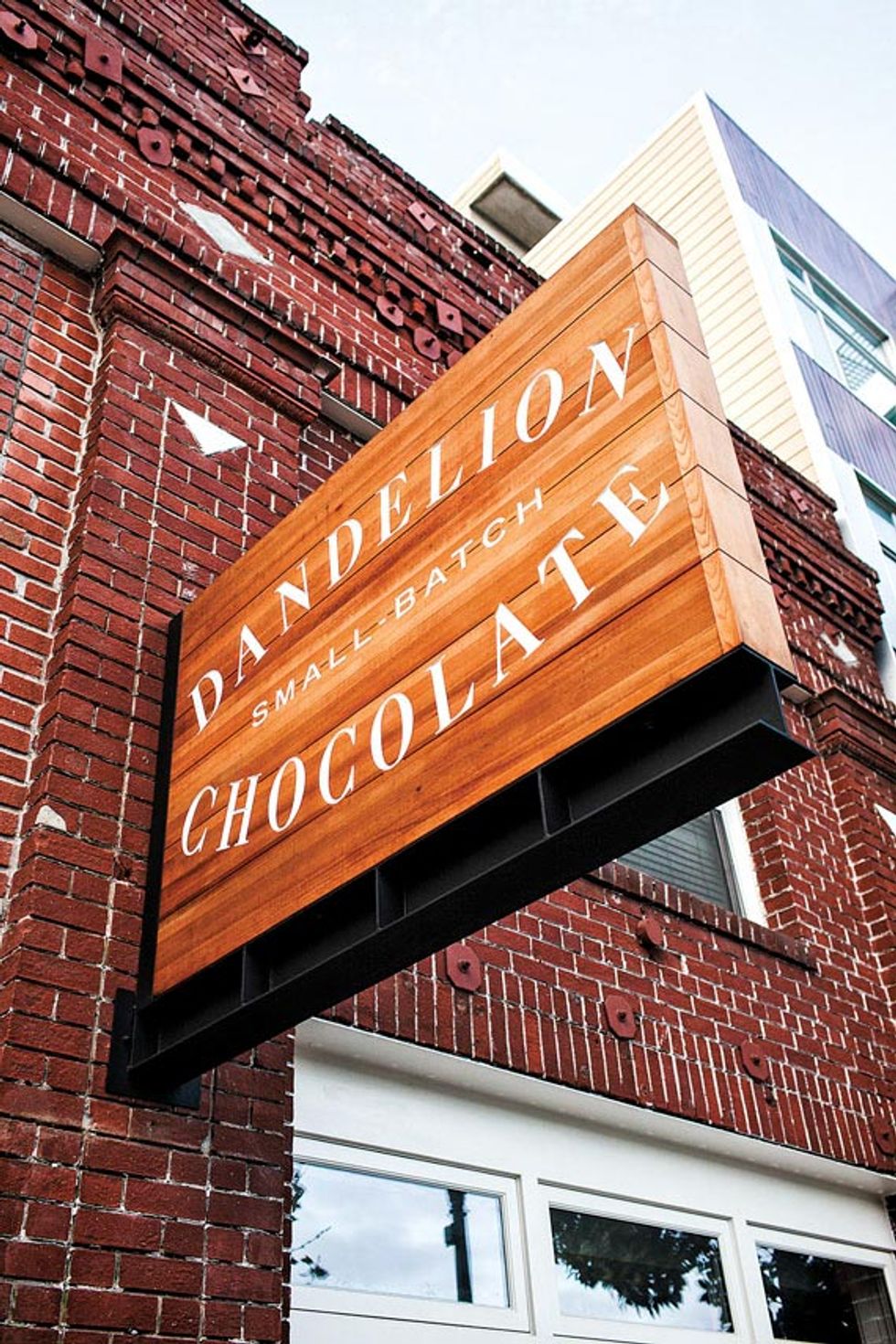 PreviousNext
Masonis and Ring transformed a former auto garage into their Wonka-like factory. 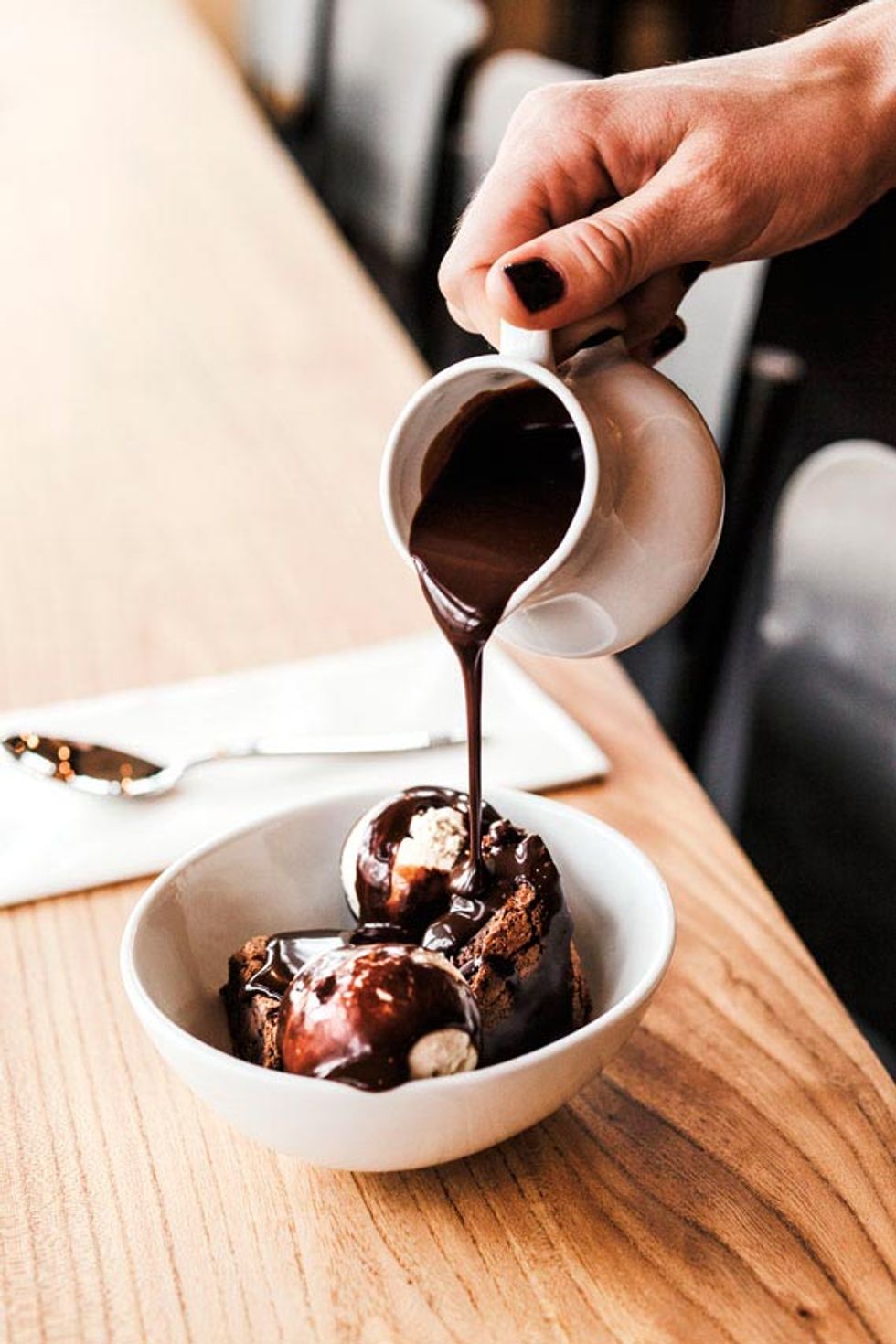 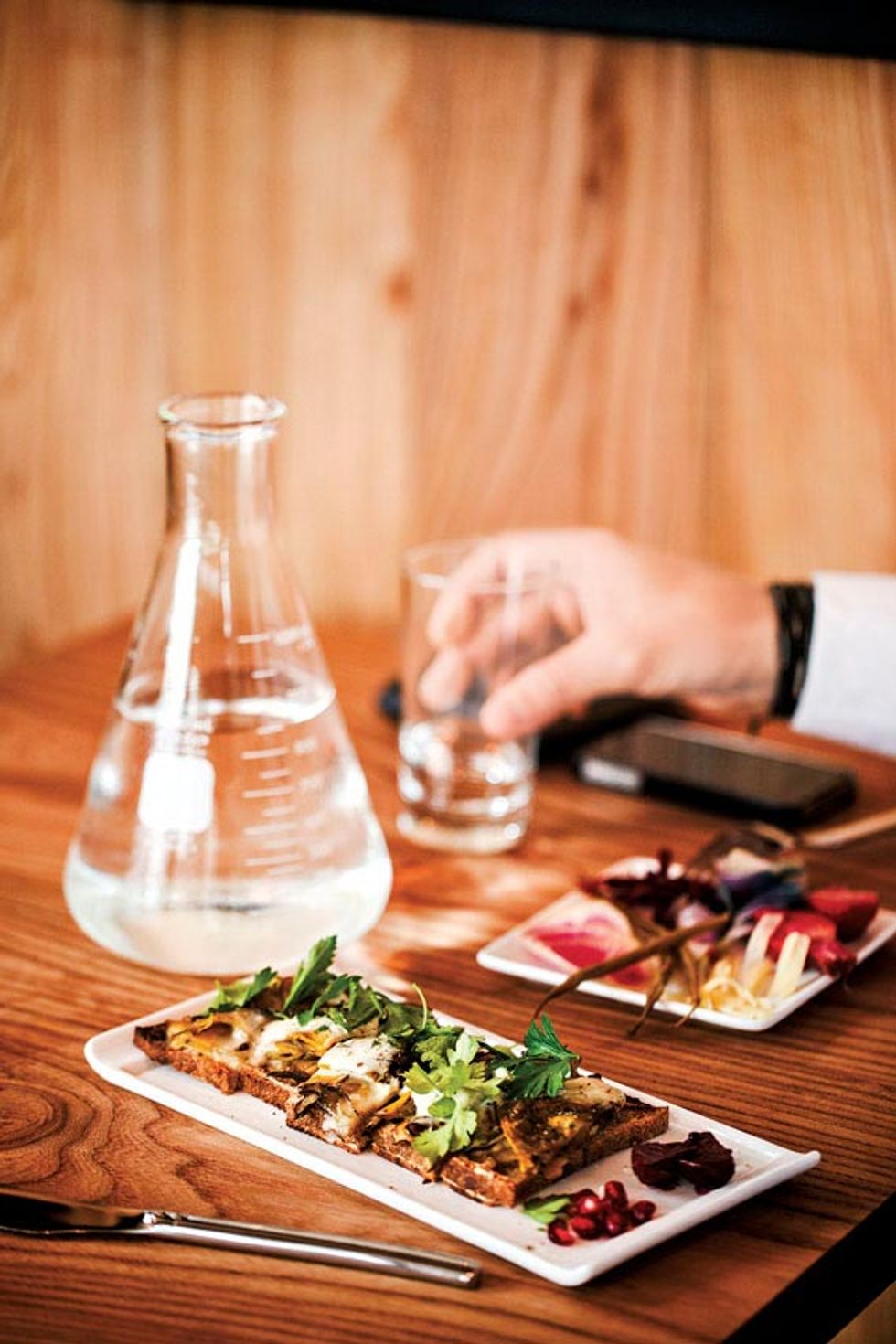 PreviousNext
Layers of seasonal market veggies and herbs are topped with cheddar on the Veggie Tartine. 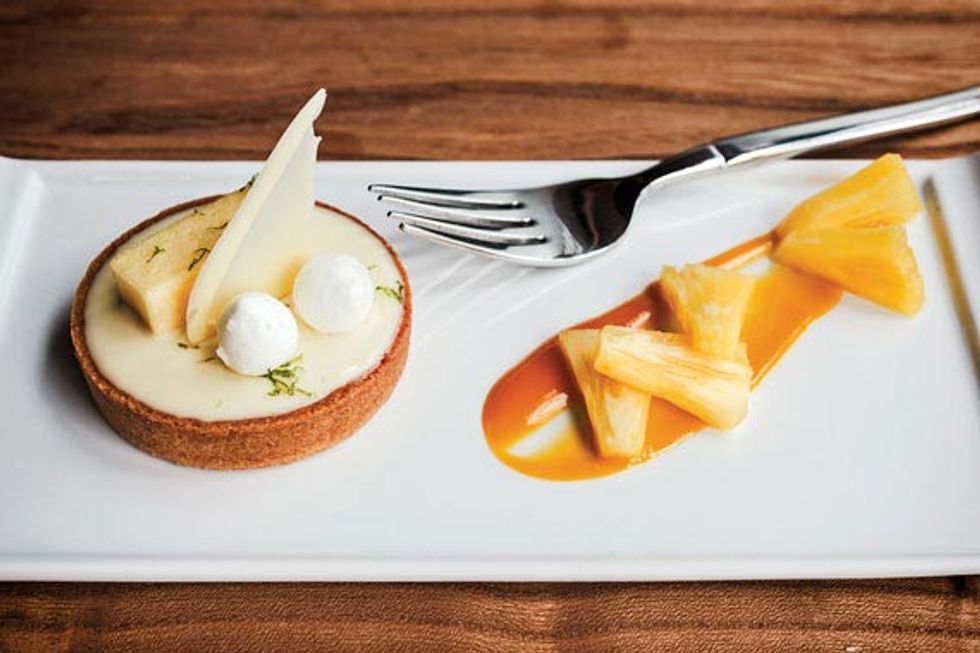 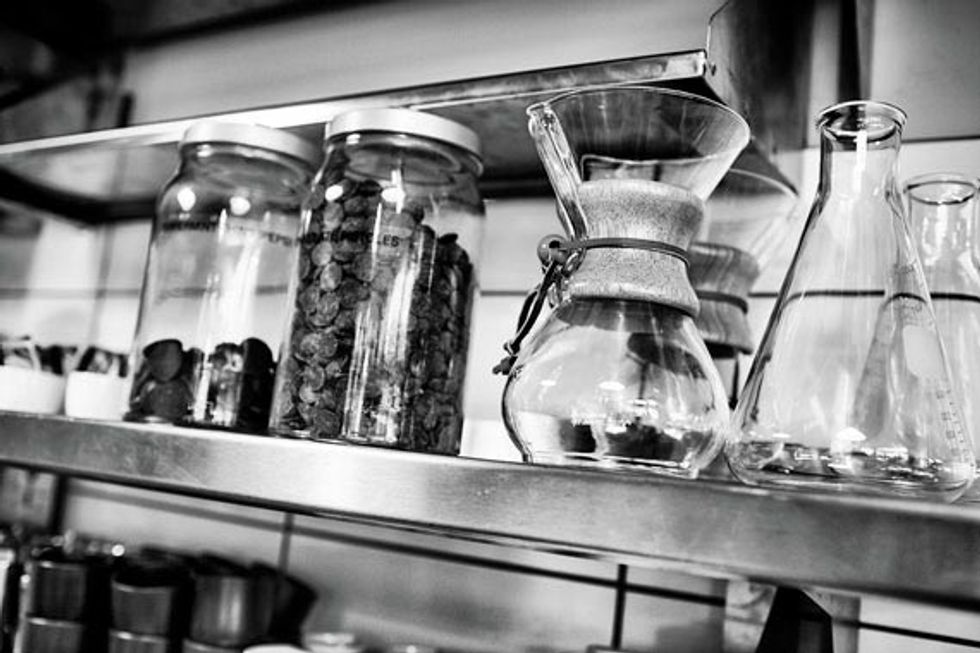 Charles Chocolates(Mission)
In the world of chocolate, Chuck Siegel is no spring chicken. He’s been getting his hands dirty with it for 26 years, having started his first business out of the kitchen at the Jewish Community Center. In 2004, Siegel launched his line of artisan candies Charles Chocolates to awards and fanfare in Emeryville. Now, he’s bringing his business back over the bridge with a new shop serving French-style hot chocolate, pastries, and plated desserts.
Charles Chocolates’ new 7,600-square-foot Florida Street factory, cafe, and store (formerly Potrero Brewing Company) serves tried-and-true favorites—including Siegel’s made-to-order s’mores, composed of a caramelized marshmallow and bittersweet chocolate atop an organic homemade graham cracker—as well as new offerings such as a layered cake of hazelnut praline mixed with crispy feuilletine and topped with dense bittersweet chocolate mousse.

Dandelion Chocolate (Mission)
Forget Willy Wonka. Founders Todd Masonis and Cameron Ring preside over their own army of Oompa-Loompas (posing as Mission hipsters) in the factory-cafe of their dreams on Valencia Street. Bona fide chocolate nerds, the college friends are meticulous about the stuff, employing a simple formula: only the best beans ever. This philosophy of quality permeates  their new headquarters, where cocoa fiends can watch those beans go from raw material  to delicious bars.

Since selling their social media startup and jumping into chocolate—tinkering with makeshift baking equipment in a Silicon Valley garage two years ago, the team has conjured a following hungry for bars that explore the nuances of flavor from one bean varietal to the next by using just two ingredients: 70 percent cocoa and 30 percent cane sugar. “The beans aren’t whispering. They’re shouting,” explains Ring. Dandelion is receiving its just desserts: The Upala, Costa Rica bar won a Good Food Award in 2012.

Recchiuti Chocolate Lab (Dogpatch)
Celebrated chocolatier Michael Recchiuti has been scrawling his signature on chocolate for decades, and his Ferry Building shop is a must. Not content to rest on his laurels, Recchiuti, with the help of wife Jacky, set out to expand his empire in 2012. After opening their teeny storefront Little Nib on 22nd Street in February, the couple went beyond with a Parisian-style sweet and savory cafe up the street. Designed by Eric Heid (Range, Serpentine), the chic space echoes its contemporary neighborhood.

Think of the Chocolate Lab as a testing ground for Recchiuti’s madly delicious experiments; you’ll want to study up on his chemistry with artfully plated desserts that best exemplify his pastry background. And in an unexpected move, the confectioner branches out with savory bites to temper the sweet—including cheeses, charcuterie, and French-style tartines and tarts. The savory torteau fromage goat cheesecake is a fluffy wonder.