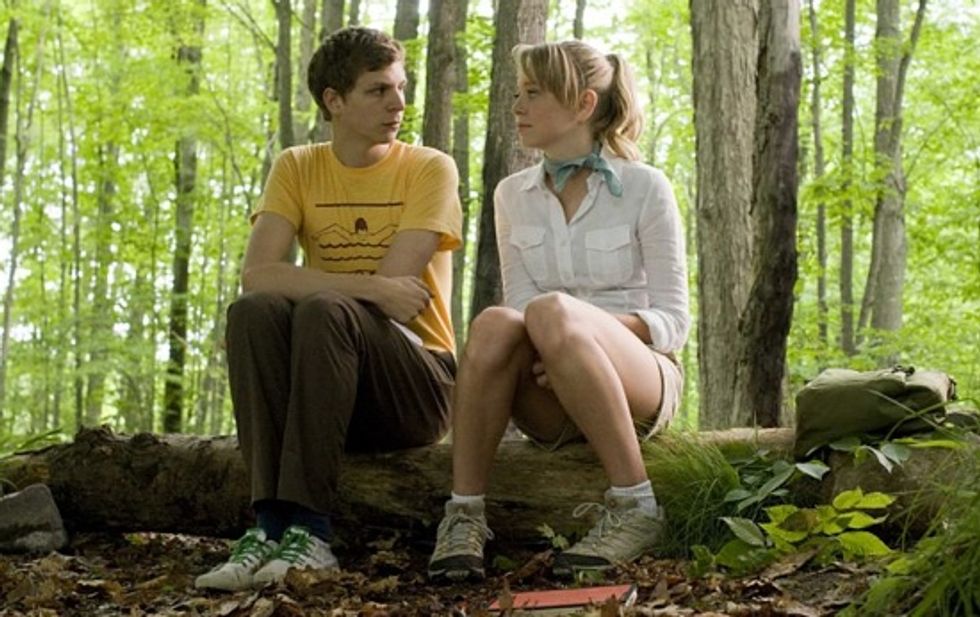 Toronto in Review: The Latest from Werner Herzog, Pedro Almodóvar and the Coen Brothers

Thanks to Quentin Tarantino's Inglourious Basterds, the vicious political satire In the Loop and provocative documentaries like The Cove and Food, Inc., it's already been a terrific year for dedicated moviegoers. Based on the impressively strong selection of films on display at the 34th annual Toronto Film Festival, which drew to a close Sept. 19, there's plenty to look forward to in the months to come.

Bad Lieutenant: Port of Call New Orleans (TBA)
While some chafed at the idea of Werner Herzog’s Bad Lieutenant – including Abel Ferrara, director of 1992’s Bad Lieutenant, who wished a fiery death on all involved – it's worth noting that Port of Call New Orleans is neither a remake nor a sequel to the grittier Harvey Keitel drama. There are inescapable similarities: Nicolas Cage, like Keitel, plays a maverick, drug-addicted cop on a mission to self-destruct. Watching Cage transform himself into a wild-eyed urban cowboy is a pleasure – the man can still act when he wants to – and Herzog keeps the tension rising as his roving camera probes the decaying remains of post-Katrina New Orleans.

The Boys Are Back (Oct. 9)
Inspired by Simon Carr’s popular memoir, The Boys Are Back might have been reduced to sentimental mush in the hands of a lesser director, but Scott Hicks (Shine) and star Clive Owen rarely strike a false note in this engaging, serious-minded tale of a widower struggling to raise two boys – one a rambunctious six-year-old, the other a disaffected teen – in the Australian outback.

Broken Embraces (Dec. 25)
On the heels of her Oscar-winning turn in Woody Allen's Vicky Cristina Barcelona, Penélope Cruz reunites with longtime collaborator Pedro Almodóvar for Broken Embraces, a complicated noir drama in which the acclaimed director, now 60, chronicles the demise of a messy love triangle. As always, his execution is satisfyingly self-assured, sometimes bordering on brilliant, and Cruz, who by her own admission feels most comfortable in Spanish-speaking roles, once again delivers a richly nuanced performance that deserves recognition come awards season.

Capitalism: A Love Story (Oct. 2)
Michael Moore’s less than loving tribute to capitalism inspired a three-minute standing ovation at its North American premiere, and with good reason: Although his attack loses steam during a sequence in which Catholic priests decry the free-market system as a perversion of Christ’s teachings, Moore makes his case forcefully against big financial players like Goldman Sachs and American International Group, whose reckless loan schemes helped plunge America into its most devastating economic downturn since the Great Depression.

Daybreakers (Jan. 8)
Michael and Peter Spierig, the Australian brothers responsible for 2005’s Undead, return with a bigger budget, a stronger script and a more experienced cast featuring Ethan Hawke, Willem Dafoe and Sam Neill. The resulting fantasy, in which humans find themselves an endangered species and vampires have become the world’s leading power brokers, benefits accordingly.

Get Low (TBA)
It’s easy to understand why Bill Murray’s performance in Get Low is being touted as Oscar-worthy. Last nominated for his understated turn in 2003’s Lost in Translation, Murray plays to his strengths here as a business-starved funeral director with coffins to spare. He has a warm, likable presence, a gift for gallows humor and the world-weariness of a man resigned to disappointment. But it’s Robert Duvall, more than Murray, who commands the screen as a short-tempered hermit seeking a very public absolution before he dies.

The Informant! (Sept. 18)
If The Informant! were as consistently funny as its TV spots, Steven Soderbergh might have an Ocean’s Eleven-size hit on his hands. It’s not, but that takes nothing away from a pitch-perfect performance by Matt Damon, whose cluelessness as real-life corporate whistleblower Mark Whitacre is brazen enough to invite mockery and sympathy all at once. He’s a fascinating character, and Damon taps into his many contradictions; Soderbergh wisely lets his star do the heavy lifting.

The Invention of Lying (Oct. 2)
Ricky Gervais is a proven force on the small screen, but the incisive wit that informed his best work (BBC’s The Office and HBO’s Extras) has rarely been evident in his movies. That state of affairs continues with The Invention of Lying, a lightly amusing diversion that takes a single clever joke and stretches it to the breaking point.

Jennifer's Body (Sept. 18)
Jennifer’s Body opened the festival’s Midnight Madness series, a celebration of grindhouse-style cinema featuring vamps, zombies and assorted creatures of the night, with a red-carpet ceremony attended by hundreds of teenagers – mostly girls – pining for a glimpse of Megan Fox. Who knew?

My Son, My Son, What Have Ye Done? (TBA)
Werner Herzog’s second feature to debut at Toronto, My Son, My Son finds Michael Shannon, the Oscar-nominated star of last year’s Revolutionary Road, in fierce form as Brad McCullum, a delusional layabout who suffers a psychotic break. Clearly, his eccentricities whet Herzog’s appetite: The director seems fascinated by McCullum's unraveling, documented through a series of increasingly demented outbursts, and the movie itself is more caustic than entertaining.

Ong-Bak 2: The Beginning (Oct. 23)
Nothing, not even 2005’s Ong-Bak, which elevated Muay Thai boxing expert Tony Jaa to international stardom, can adequately prepare you for the furious feats of physicality on display in Jaa’s dazzling, self-directed sequel. As in the original, the action is enhanced by camera trickery but otherwise impressively real. Jaa once again performs his own stunts and works without a net, hurling himself fearlessly into harm’s way only to kick, punch and claw his way out with gracefully choreographed ease. The dialogue is sparse and the plot laughably simple, but no matter. For martial-arts enthusiasts, Ong-Bak 2 is the year’s most sublime experience.

Precious: Based on the Novel 'Push' by Sapphire (Nov. 13)
Winner of the festival's coveted audience award – Toronto has no jury – Precious is shaping up to be a leading contender for Best Picture, and deservedly so. Adapted for the screen by first-time screenwriter Geoffrey Fletcher, the movie delivers a powerful gut punch that leaves you reeling long after the closing credits have rolled. It's also an astonishing debut for Gabourey Sidibe, who stars as Clareece "Precious" Jones, a long-suffering victim of physical and emotional abuse who finds some measure of happiness as a mother and student.

A Serious Man (Oct. 9)
Taken as a comedy, the latest Coen brothers concoction falls uncomfortably flat. Yet as a scathing indictment of religion and the so-called sages who promote its healing powers – and themselves – it might be their most personal, revealing movie to date. The results are decidedly mixed, but the performance of Michael Stuhlbarg (Cold Souls), as a luckless everyman for whom life is a succession of crushing setbacks, is a revelation.

Survival of the Dead (TBA)
George A. Romero continues to expand his Living Dead legacy, though Survival, a low-budget indie in the same vein as last year’s Diary of the Dead, feels more like a serviceable footnote than a vital chapter in the 69-year-old director’s ongoing saga. Fans will devour it; others may not.

Whip It (Oct. 2)
Drew Barrymore’s directorial debut is smartly cast, heartfelt and depressingly formulaic. For those curious about the world of all-girl roller derby, the movie, based on Shauna Cross’ semi-autobiographical novel, breaks down the rules of the game before tossing us into the mayhem, and the action is appropriately hard-hitting. Less so are the trials and maudlin tribulations of Bliss Cavendar (Ellen Page, of Juno), a restless 17-year-old living in small-town Texas under the watchful gaze of her conservative, beauty pageant-obsessed mother (Marcia Gay Harden).

Youth in Revolt (Jan. 15)
Michael Cera plays two roles in Miguel Arteta’s raucous new comedy – mild-mannered Nick, who dreams of a life free of inhibitions, and Francois, his fiendish alter ego. Despite a warm reception at Toronto, Revolt’s release was recently pushed back to January 2010, but that’s hardly an indictment of the film, which delivers big laughs, a delightfully twisted romance and a memorable performance from Justin Long, as an incorrigible stoner who spices up Thanksgiving dinner with his stuffed-mushroom surprise.