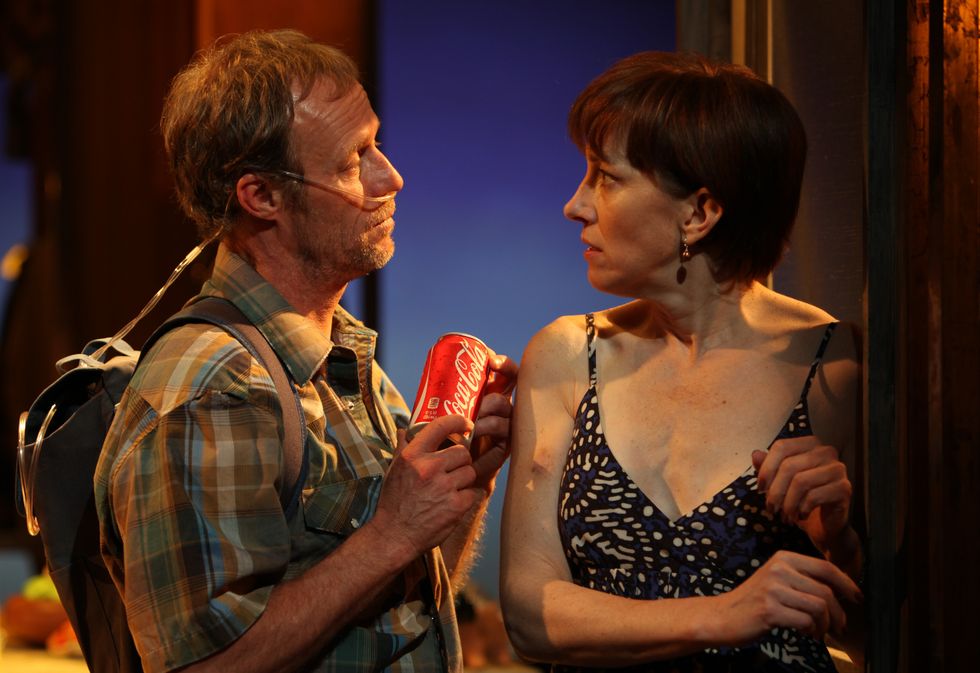 Working for the Mouse

Wearing a fabricated head in the Magic Kingdom is less pixie dust and more sex, drugs, and ornery coworkers. Award-winning local playwright Trevor Allen exposes the dark underbelly of the mouse in a one-man show about his days as a costumed character in the world’s most famous theme park.

“I’m trying to show the audience what the world looks like from the eyes of a 17-year-old kid who thought he was in show business because he was Pluto at Disneyland,” Allen says. It’s a harrowing ride through the Happiest Place on Earth and, ultimately,  a hilarious homage to the mouse.

Working for the Mouse plays through December 17 at EXIT Theater, 156 Eddy Street. Tickets are $10-20 at brownpapertickets.com.

After leaving Ulysses twenty years earlier, Emma tracks him down in a trailer park slightly to the left of absolutely nowhere. As they sit in a room together, the tale of their long lost love unfolds in a visceral and profound final reckoning.  Check out the world premiere of Sharr White’s Annapurna at the Magic.

Drawn from a Russian folk tale about a soldier’s pact with the devil, Igor Stravinsky’s 1918 A Soldier’s Tale is re-imagined by Aurora’s artistic director Tom Ross and former San Francisco Ballet prima ballerina Muriel Maffre. An avant garde chamber music collective plays Stravinsky’s masterful score as Maffre, two actors, and a life-size puppet take the stage. If you ever wondered what would happen if you traded a fiddle for a book that tells the future (and who wouldn't?), here’s your answer.