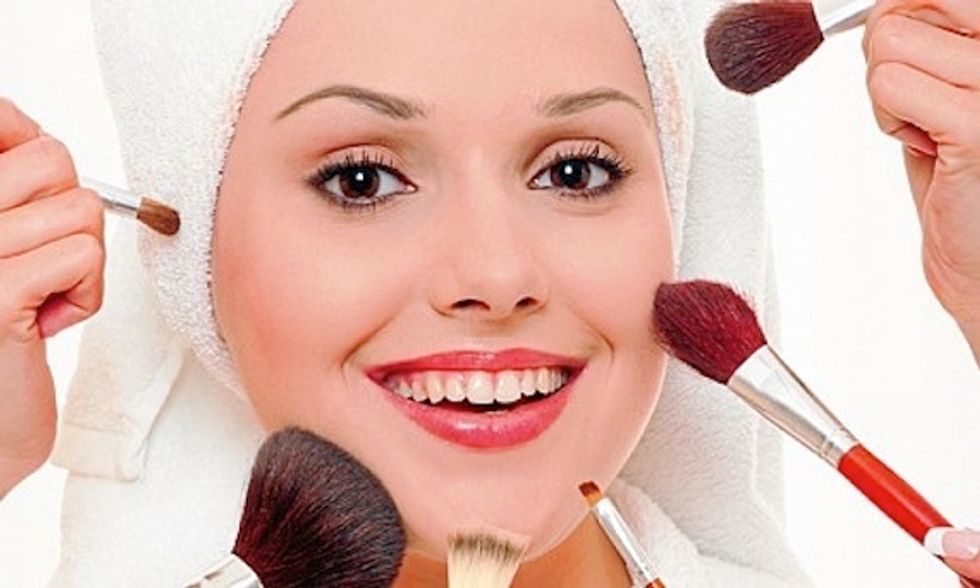 Two Sense: How Do I Get My Girlfriend to Change Her Grooming Routine?

I started dating a woman recently and was surprised to find, when we first had sex, that she didn't have a Brazilian or something close to it. Don't get me wrong. She was lovely, sexy, well-groomed and healthy. She was just ... much more natural ... than any woman I've seen since high school, which was 15 years ago. At first I couldn't stop looking at it, like it was some kind of fossil of female anatomy. I have to say I've quickly gotten used to it, except when I'm giving her oral sex. It's distracting me to the point of throwing me off my game down there. But I'm loathe to ask my new girlfriend to start waxing. I even kind of admire her for not going along with the rest of the lemmings and taking pride in her own body, you know? But what do I do about the oral?

He Said: Sometimes it can be hard to keep up with the grooming trends. Among gay men, sometimes hairy and unshaven is in, sometimes smooth is out. And then the whole thing reverses for no particular reason. The newest rage is tats (often below the belt), Prince Alberts, and the scruff look. There's even a new dating app known as "Scruff.” It can all be a little confusing. Sounds like you are being a trooper in respecting her body preferences, but have hit a kind of pubic wall, shall we say. Maybe there's a compromise between au naturale and Brazil. Certainly, your accepting and open-minded approach has earned you at least the right to broach the subject.

Instead of going into a long discussion about the prevalence of porn, the fetishism of youth, or the cultural influence of Sex and the City—all of which make for fascinating fodder—let’s keep it simple. I say when a person offers to put their face in your genitals for the sole purpose of bringing you to orgasm, that person gets to make a small request regarding the topography of the area. If you’d like her to trim up before you venture south, say something like, “I love going down on you and I love how you look, but it would be even easier for me, and might feel better for you, if you trimmed a little bit around … you know … here. Only if you feel comfortable with it, though.” Suggest it with an air of experimentation, and of course, offer to do the same kind of cleanup on your own nether parts in return.

In the end, of course, it’s up to her. Luckily, as you’ve already noticed, humans are adaptable, especially when they really like having sex with each other.