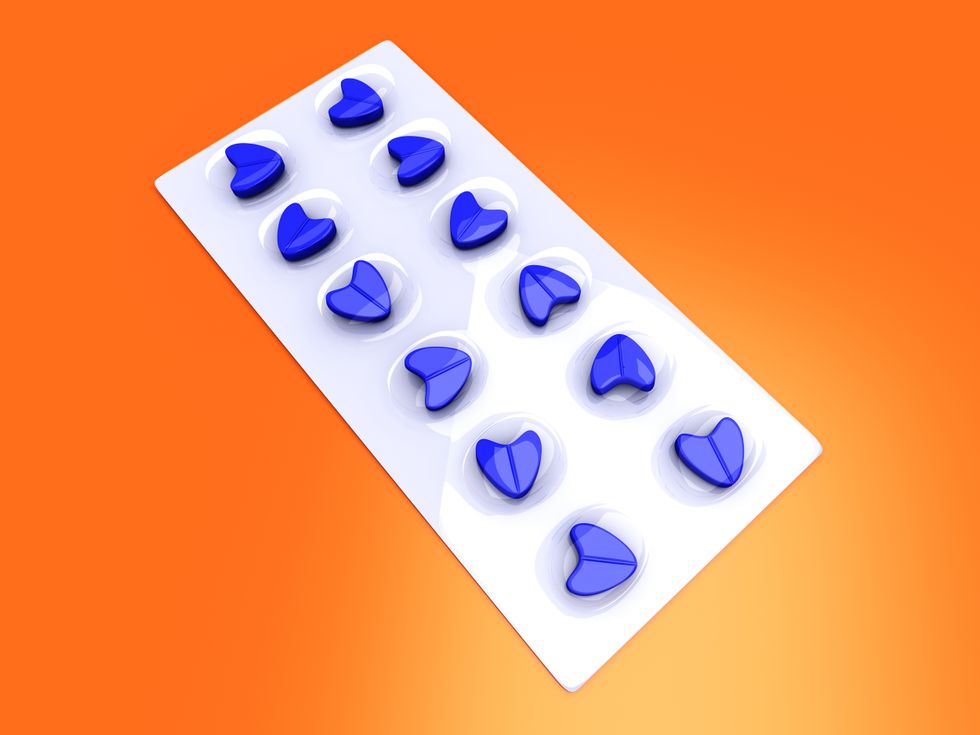 I just read in the New York Times about women who are signing up for trials of a new drug that will boost their libidos. It's not that they don't enjoy sex once it's started or don't have orgasms, it's just that they complain of never wanting it up front, like they can take it or leave it. This story freaked me out because I feel similarly; I don't often think of sex and I don't often pine for it because ... well because I know my husband will initiate it once a week. But according to this article, this is a form of sexual dysfunction. So now, in addition to working, keeping house, and taking care of our son, and in addition to always saying yes to sex and enjoying it and having an orgasm, I have to walk around flush-faced and pining for it! WTF? I feel like society's telling me I have a problem where I didn't suspect any problem at all.

He Said: There is a tendency in our culture to assume that we'll have the same libido until we reach elder status, when it supposedly declines. In fact, it varies over the decades, depending as much on life circumstances and the availability of sex as biology. It sounds as if you have fallen into a comfortably domestic phase, in which your libido is repressed (assuming it was once more active). If that's truly how you and your husband feel most comfortable, more power to you. But if domesticity itself is a turnoff, you have some work cut out for you. It's no surprise that couples enjoy renewed sexual energy on vacations or planned downtime. While I certainly wouldn't worry about the groove you are in, it would be worth a hard conversation and some experimenting to see if you can't add a dash more spice to an already rich life.

She Said: Society is telling you nothing. Repeat after me: "Society is telling me nothing." I read the same New York Times article, and it focused on women who deeply grieve the loss of their libidos—the feeling of “wanting it." A few of the women quoted said they felt like they had an arm cut off or were missing some part of their essential selves. Naturally, women who feel that way are eager to sign up to try a pharmaceutical cure that, if it works, will offer a much easier solution than attempting to tackle the physiological, relational, and existential mysteries that lie at the heart of desire.

You are not one of those women. Your priorities differ from theirs. Your low level of anticipatory desire doesn’t faze you as much as theirs does them. So why react so strongly or generalize a group of women or a group of researchers out to “society” trying to specifically tell “you” something? Don’t do it. A yoga teacher of mine once said, “Comparison is the quickest road to suffering.” While they also do some good in the world, the advertising and pharmaceutical industries largely count on our Pavlovian tendency to suffer in this way in order to supply their bread and butter. Why offer it to them so freely?