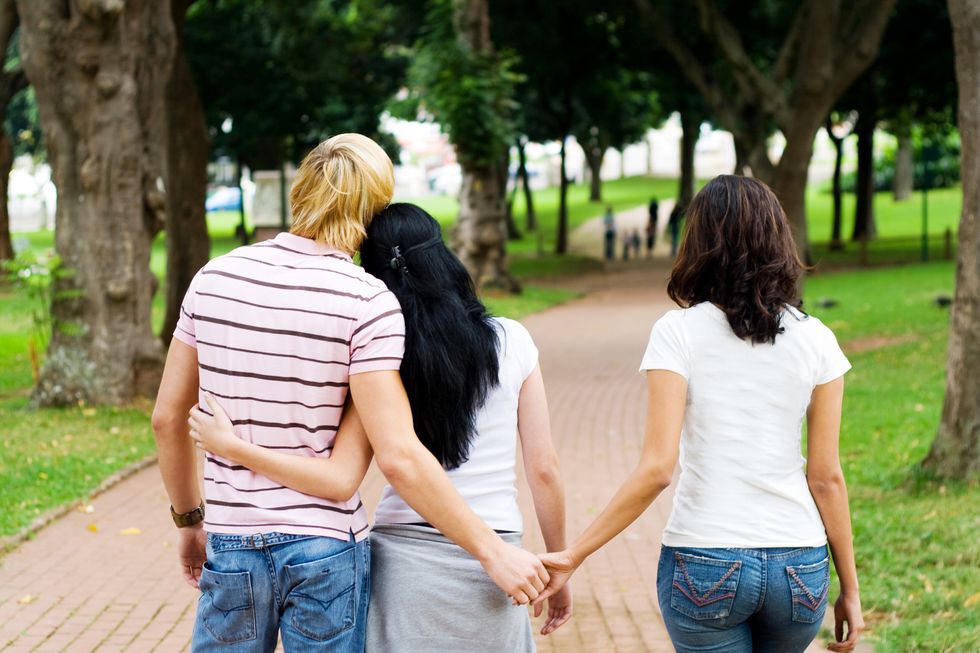 A week after breaking up with me, my ex-boyfriend has changed his Facebook status to "in a relationship" with an acquaintance of ours. I am hurt, angry, and feel humiliated in front of hundreds of our mutual friends. Obviously he began this relationship while we were still together and it contributed to, or perhaps even caused, the breakup. We were serious for four years and often talked about marriage. I was expecting a proposal and instead I got dumped. In the last month or two, I noticed him acting very distracted and cold, but I never imagined he'd cheat on me and actually leave me for another woman, especially this one, who is (in all honesty) much less educated, attractive, and social than I am. How do I curb my anger and my overwhelming desire to lash out at him (and her) on Facebook and in person? Help!

He Said: As you describe him here, your ex is a jerk. First for being so cowardly that he couldn't find a gentle way of letting you down, instead treating you callously. After four weeks you would deserve better, let alone four years. Secondly, for his insensitivity to your feelings about his FB status. (Please, people, can we stop playing FB games? You do not have to brag about your relationship status virtually. Really, no one cares.)

As for your retaliation fantasies, think of it this way. The jerk actually relieved you of having to dump him when you finally discovered for yourself that he's a cowardly, insensitive person. He revealed himself as unworthy of your affection, and now is a better time to learn that than later. Every additional day you spent with him was a waste. The takeaway is to ask yourself is why it took his indiscretion to come to this obvious insight. Were you yourself a good partner? Were you blinded by lust? Did you set up transparent communication from the beginning? Did you think deeply enough about his character? The point is not to transfer blame from him onto you, but instead to learn from the experience and therefore avoid the same mistake next time. Lashing out at him will only obscure this goal.

She Said: What your boyfriend has done—cheating, dumping you on false pretenses, and taking up immediately with another woman—is bad enough, but at least if he had left it at that, and displayed an ounce of gentility or kindness or guilt about it, you’d have the small consolation of knowing it’s been happening to human beings since time immemorial. But to change his relationship status in a public forum within a week is almost cruel, and frankly, it makes him look like an idiot. The only two reasons I can fathom for his lack of judgment are some kind of deep, perhaps unexpressed, anger, or pressure from his new “girlfriend” to make their relationship public. They are both acting like total shits, and your hundreds of mutual friends have no doubt already drawn their own similar conclusions. Though you understandably feel like the humiliated one, of the three people involved in this triangle, I am certain that you sit at the top of this particular social stratum. Going forward, you must take the high road. Do not post a smidgen of information about your breakup or your ex-boyfriend on Facebook or any other social media. If you have something to say, say it directly to him, in private. You certainly have a right to express your hurt, anger, or anything else—whether to friends, family, a counselor, or him, but remember that right now your reputation among your friends is about a hundred times better than his. Keep it that way.