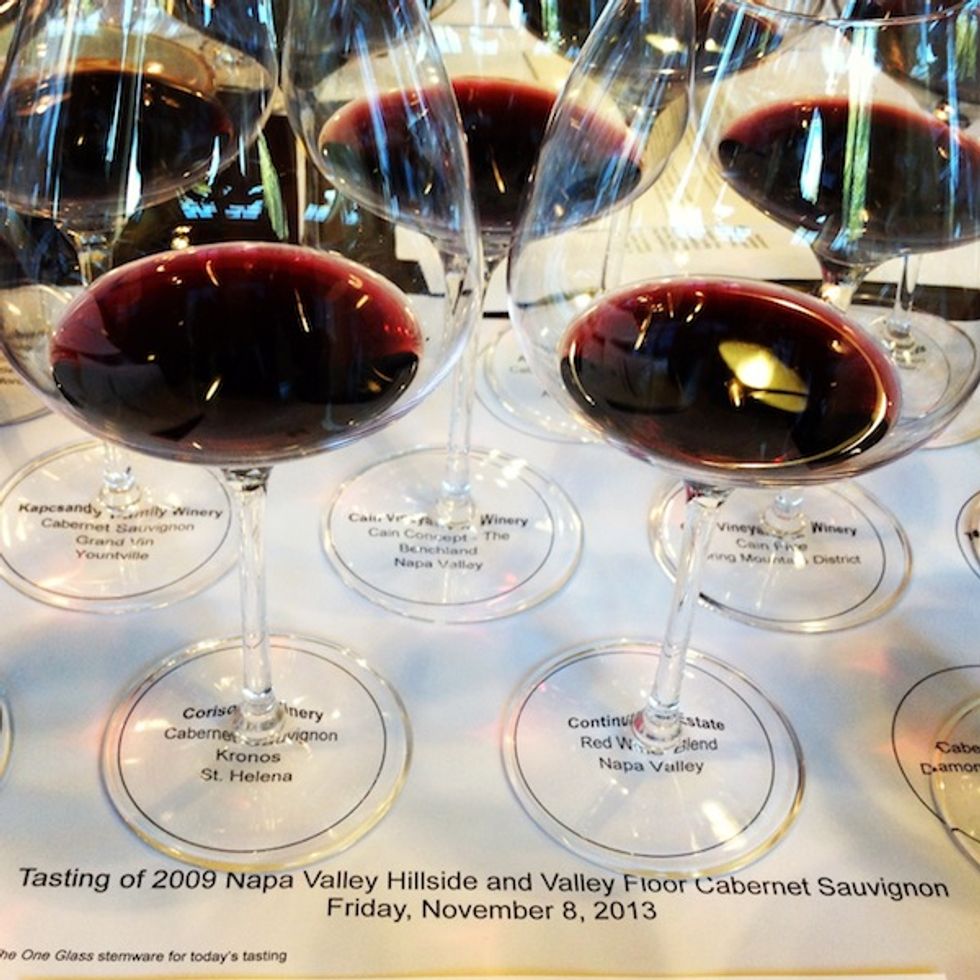 Valley Wines vs. Mountain Wines: Is There a Difference in Taste?

It was a wine-soaked showdown of valley floor vs. mountain Cabernet Sauvignon at the Napa Valley Vintners last Friday — with points scored on both sides and the winner left entirely undecided.

After blindly tasting 54 wines across all 15 appellations of Napa Valley, a red-toothed  panel organized and chaired by former Decanter editor and London-based wine journalist Adam Lechmere and composed of winemakers Tim Mondavi,  Cathy Corison and Chris Howell, Master Sommelier Andrea Immer Robinson and the visionary vintner and man about town Jean-Charles Boisset gathered to discuss whether or not generalizations could be made about the difference between hillside and high-altitude wines and those made from low-lying fruit.

Lechmere opened the discussion with some of the differences he had discovered after spending the week visiting vintners from each mountain appellation: Vines spend more time in the sun; get more rain but less humidity; the yields are naturally lower; the vines, thanks to rocky soils and often steep aspects, are more stressed and the harvest is generally later. Lechmere also noticed a distinct mineral character and herb flavors in mountain wines.

Robinson was surprised to discover a savory, glycerol component in valley floor wines that reminded her of eating braised meat, while Corison noted a difference in the fruit flavors and aromatics — with red and blue fruit finding their way in the glass with black and purple.

While it is widely thought that mountain wines have greater structure — higher acidity and firmer tannins — only the latter proved to be true. Corison argued that the fog that hangs over valley floor at night and late into the morning helps the grapes retain greater natural acidity. Robinson agreed: “Classically, you have lower PH [higher acid] wines on the valley floor.” It was widely agreed that mountain tannins, thanks to smaller berry size require more taming, both in the winery and the bottle.

“On the mountain, the site will prevail,” said Howell, the winemaker for Cain, on the difference between his benchland and Spring Mountain cuveés. But as usual, Jean-Charles had the final word leaving everyone feeling optimistic: “What I’m impressed with is the elegance Napa Valley is becoming. I feel a good evolution; a magnetic force.... It took us 1,000 years to get the map we have in Burgundy — we are just at the beginning of this in Napa.”