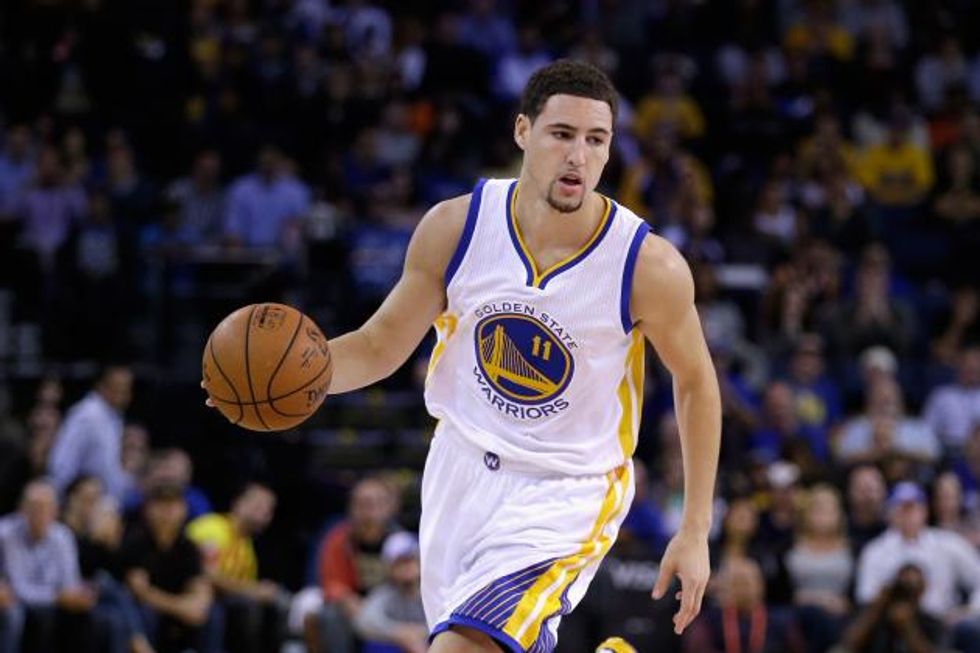 We Wanna Be Friends With Warriors Guard Klay Thompson

Warrior’s guard Klay Thompson may hold the record for most points in one quarter (37), but what advice would the 25-year-old basketball star give himself if he could turn back time?

“Man, I wish I could give myself advice at that age,” Klay laughs. “I’d say no fast food….but it’s so good when you are young, maybe just once in a while,” he compromises. “I would tell my 15-year-old self to focus on strength training, conditioning, and good eating. That’s essential to growing as a player, that’s the age you grow the most.”

Prior to last night's exciting win over the Houston Rockets for a spot in the NBA finals (during which Thompson suffered a mild concussion after being kicked in the head), we caught up with Klay on a press tour announcing his partnership with BODYARMOR. Klay, a self-proclaimed “fruit juice man,” joins SF’s Buster Posey on the sports drink’s roster. “You have to fuel your body and stay hydrated, I drink it before, during, and after a workout.” Coming from Warriors MVP Steph Curry’s assigned “Splash Brother"—we’ll have what he’s having.

While Klay admits he dreads weight training, growing up in California inspired his favorite workout. “I grew up being able to go to the beach during high school, I never took that for granted,” the West Coast native recalls. “I love to swim. Swimming laps work muscles you never knew you really had. It’s not a typical part of training but I really love it.”

We imagine even his swimming workouts are leagues above, but Klay does share some of our favorite Bay Area grinds. “The Bay Area is a great place to hike with so many trails and incredible views. The ocean, mountains, golfing, I’m so thankful to be on the West Coast, it’s really one of the best places to live,” he smiles. “I definitely incorporate that into the off season; you spend so much time in the gym training, it’s nice to get outdoors.”

We hope next time this NBA All-Star enjoys the great outdoors, it will be a Championship victory hike!