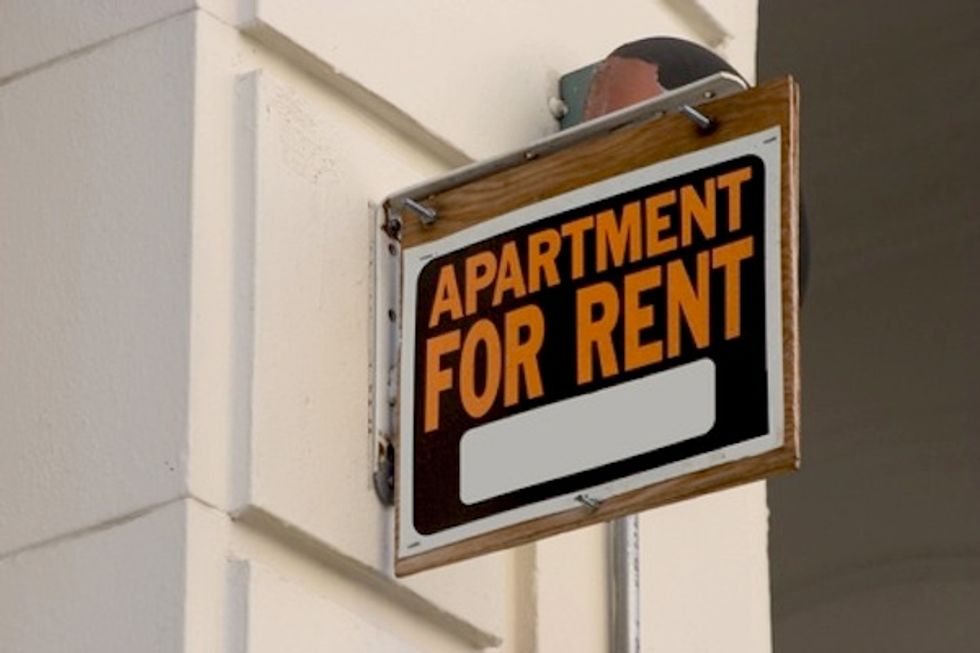 What's a Girl Gotta Do to Get an Apartment in This Town?

I pay my rent on time every month. I pay my bills. I have a steady job. I have no kids, no pets, no strings attached, and no nicotine addiction. I’m old enough to throw a civilized adult gathering (read: party) and wise enough not to destroy my apartment in the process (most of the time). As my colleague put it, I’m a landlord’s wet dream.

But, in San Francisco at the moment, none of that matters.

Two years ago, I gave up my lease on a sweet top floor corner unit one-bedroom apartment in the TenderNob to move abroad. I had paid $1250 in 2005 and by 2010 the rent had gone up to $1320. Meanwhile, despite my meticulous care, the paint started peeling, the carpet got darker, the foundation was sinking (evident from the sagging bay windows), and the 100-year old windows stopped closing. The place was amazing, but the realty company wouldn’t fix a thing until I moved out and they could jack up the rent.

In 2011, I moved back to the Tenderloin because it was all I could afford. A large, but old studio smack dab in the ‘Loin cost me $1175. The first morning after I slept in my new place, I walked into the hallway and discovered giant posters taped to the elevator doors that read, “Stop Paying Rent, This Place is Infested With Bedbugs!” My heart sunk, my one-year lease signed and sealed, and hoped for the best.

After two more bedbug notices were slipped under my door by forewarning neighbors, I broke the lease by putting my apartment on Craigslist. Seventy-five people emailed me within one night. Three days later, I had leased it to somebody else. And then I began my own search.

I rode my bike up, down, and all around San Francisco for three solid weeks. I interviewed with roommates and looked at studios with refrigerators that belong in a college dorm room. A friend and I went to various two-bedroom showings which, for $2200, were all one-bedrooms with a living room as the “second bedroom.” I finally got a break by begging a landlord to let me see a place prior to the open house. It had two real bedrooms with two real closets, so I signed the paperwork on the spot. My roommate (a college friend moving to SF) signed the paperwork having not even seen the apartment.

And all has been just grand, until my roommate decided to move in with her dude. In an effort to avoid the random Craigslist roommate process, I’ve started looking again. In a stroke of luck, a co-worker put in his notice due to a move to L.A. We were essentially neighbors and he was surrendering his small one-bedroom. He said the place was mine if I wanted it. Perfect! That is, until his landlord raised the rent from $1700 to $2000 - a $300 increase in 8 months. Forget it.

So I started the Craigslist search again. A couple of weekends ago, I went to an open house for a one-bedroom on the busy and noisy corner of Masonic and Oak. I was about 15 minutes early and there were already 40 people lined up on the sidewalk. The “living room” did not have a wall long enough for the tenant’s futon so it resided awkwardly in the middle of the room. $1750. The 40+ people lined up to shake hands with the landlord, introducing themselves as if they were pitching for their dream job with credit reports, pay stubs, and checkbooks in hand.

Every other apartment I’ve seen to date is available “immediately.” Trinity Properties told me they could only hold my application for a newly vacant apartment for seven days before I would have to pay the deposit. So, I would have to pay the rent on my current place, pay a $3500 deposit (first and last month’s rent) and then, in three weeks time, pay the pro-rated rent for the current month. What normal middle-class person has this amount of money just lying around for rent?

I decided to call my old trusty realty company, the people I paid over $78,000 to over a period of five years. I figured they might do me a favor; they know I’m a reliable, responsible tenant. They will hook me up.

But they didn’t. They pointed me to the openings on their website. I said, “Look, can’t you just give me a call if something becomes vacant?” The answer was no, but they update the web listings every Friday, so check back then. Thanks.

I’m baffled how any San Franciscan is expected to put in 30 days notice. The risk in not finding an apartment within those 30 days is, realistically, very high. I wonder how students are managing. I wonder if the unreasonably high rents are driving families away. I wonder if I will ever be able to afford to live in this town and actually have a savings account at the same time.