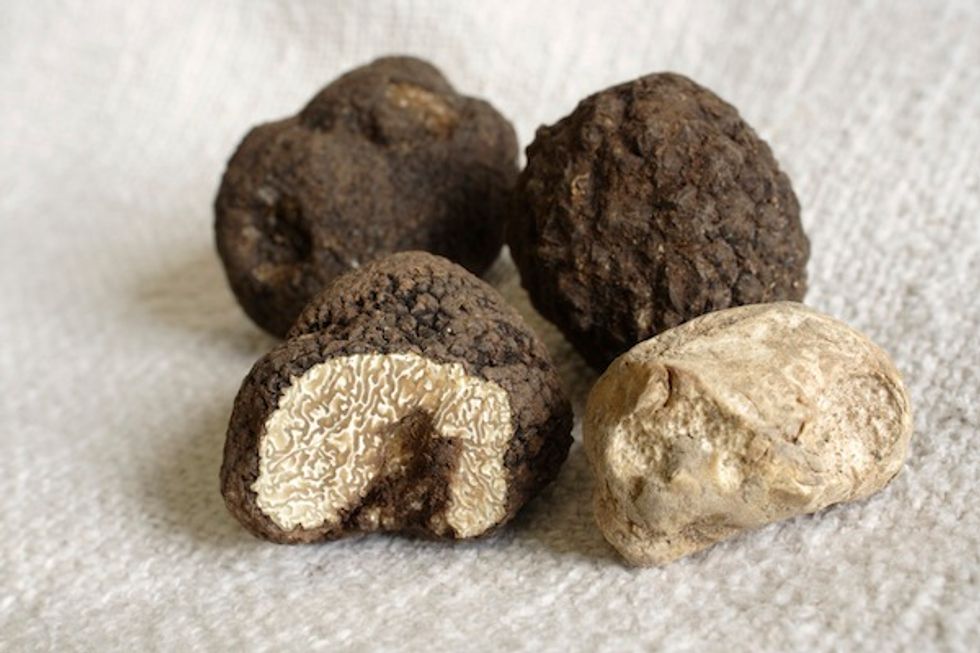 At the third-annual Truffle Festival held over the long weekend in Napa Valley, the American Truffle Company, an international research and for-profit cultivation company based in San Mateo, proposed that Napa isn’t just a great place to grow grapes, it’s good for truffles as well.

One of the culinary world’s most sought-after commodities and one that has yet to take root outside of Italy and France (Oregon has been able to successfully cultivate the fancy ‘shrooms, but La Toque Chef Ken Frank says he would “rather eat potatoes”), the Black Perigord truffle is prized for its elusive nature and is shrouded in mystique (and often, misconceptions).

One of the challenges that chefs face in working with truffles is what Frank refers to as the delicacy’s “half life.” Its signature aromatic intensity begins fading rapidly after it is plucked from the ground and could decrease considerably by the time it is cleaned, packaged and shipped halfway around the world. One benefit of cultivating truffles locally would be providing Bay Area chefs with fresh, ripe truffles all winter.

Robert Sinskey is currently the Truffle Company’s guinea pig here in Napa Valley; he has planted an acre-and-a-half of previously fallow sheep-grazing land with English white oak trees and hazelnut trees (the roots of which the Perigord forms a mycorrhizal association and which were inoculated in a nursery with mycelium) adjacent to his Carneros vineyard. He is on track to cultivate within the next two years.

What we have yet to discover, however, is whether or not truffles cultivated in Napa Valley will be any good.

But the American Truffle Company believes that even something as magical as the truffle can be understood by hard science. At their research stations around the world they are studying just what pH, soil temperature and moisture is ideal for the Perigord to fruit, and they preach that with the right soil amendments (at least two tons of limestone was added to Sinskey’s orchard plot) and careful monitoring, California’s Wine Country may just be able pull it off. Local chefs are certainly hopeful.