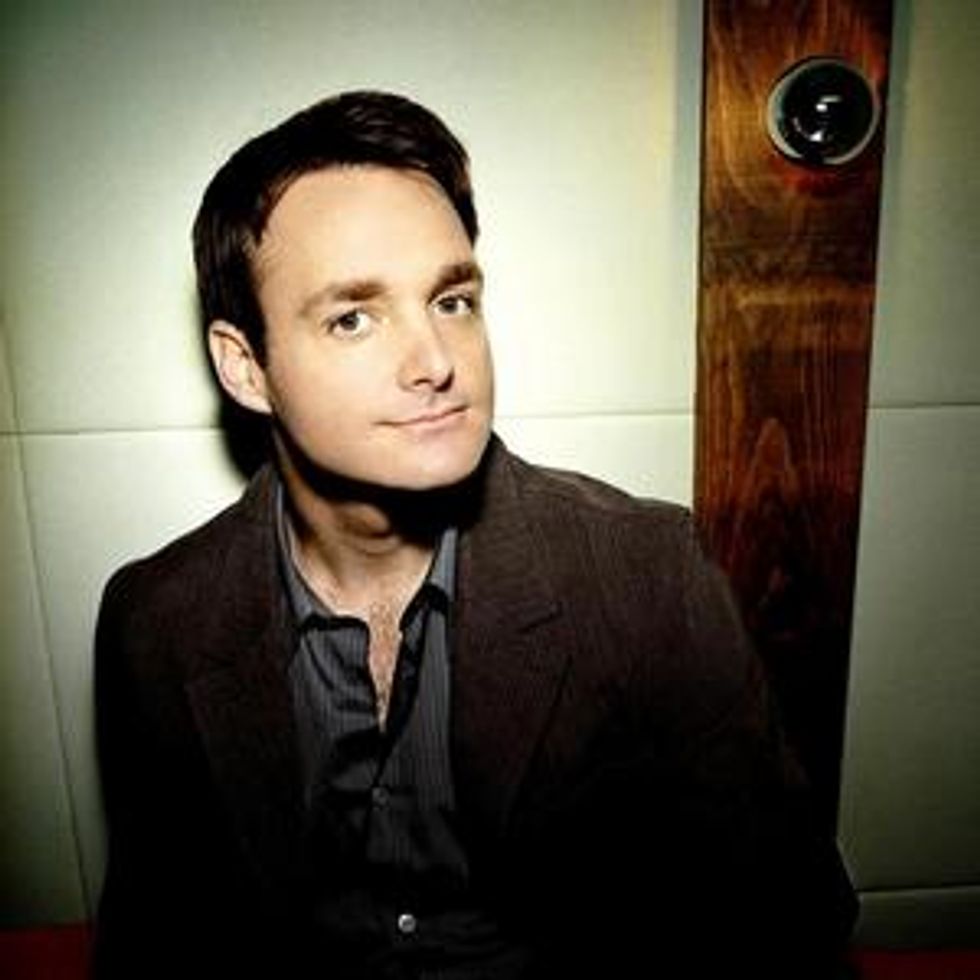 Will Forte on SF Sketchfest, Leaving 'SNL' and Growing Up in The Bay

SF Sketchfest kicked off last night at the Marines' Memorial Theatre with a performance by the always-funny Upright Citizens Brigade. For the next few weeks, the city will be graced with some serious comedic talent, including SNL and MacGruber's Will Forte, who's in town this weekend for a smattering of Sketchfest performances. He's a part of the "Celebrity Autobiography" show tonight (and Saturday) and also the 'Delocated Witness Protection Program Variety Hour,' along with Kristen Schaal (Flight of the Conchords), on Saturday. We caught up with Forte via phone to talk growing up in the Bay Area, favorite SNL hosts and what he's excited for at Sketchfest.


You grew up in Lafayette. What did you do for fun out there in your tweens?
We'd just sort of just make up our own fun. We'd go to the Sunvalley mall, buy our friend a ridiculous amount of Taco Bell, and send him to the third floor. Then he'd throw up off of the third floor into the main area. And then we'd have to buy him more Taco Bell. I can't believe we did that more than once, looking back on it. It was like our 15-year old Lafayette version of Jackass.

That sounds cool. What do you do for fun in San Francisco now when you visit?
Well, my sister lives in Pac Heights and has two little kids, so it's not like I'm really going out when I'm here. I've spent a lot of time on Fillmore. I love The Grove. That place is great. I also love Dosa on Fillmore.

If you were to do an SNL skit on San Francisco, what would you make fun of?
I don't have anything to poke fun at. Every time I'm up here it makes me feel like moving back. It's such a wonderful, forward-thinking city.

Who will you be reading at Celebrity Autobiography tonight?
I'm doing Tommy Lee's autobiography, The Dirt, specifically a section about Pamela Anderson, which is great. I'm a huge Motley Crue fan. I'll go out and say that I pretty much love all eras of Motley Crue. Also, the finale of the show involves Elizabeth Taylor and Richard Burton readings. Everybody always wants to be Richard Burton. I really hope I get to be him.

Who were your favorite SNL hosts?
It's so much fun meeting everyone, and everyone's different in their own way. It's hard to pick favorites, but I'd say Will Ferrell, Jack Black, Alec Baldwin and Peyton Manning.

What don't people realize about SNL?
How fast we flip the show and put it together. We're starting on scratch every Monday for a show on Saturday, and stuff evolves throughout the week. People don't realize that there are major changes that can occur minutes before the live show actually starts. We have a rehearsal, then Lorne goes into a room to make changes and comes out at around 10:30. We find out then what we're doing differently for the show that night. Sometimes when you see people reading cards, that's why. Things change in an extremely short period of time. It's so exciting but it's so scary. It's weird to be away from that place.

What do you miss most about it?
I miss everything about it. The people, obviously. It's like a family, and so many have been there for so so long. They are wonderful friends. Creatively, it's so much fun to work on something on a Monday that gets produced on a Saturday. In movies, you have to wait so long for it to come out after you work on it. On SNL, the gratification is instant. It also means that even if you have a great show on Saturday, it doesn't mean anything come Monday when you have to start over again.

Why did you decide to leave?
I was 40, had been there for 8 years, and had a really stressful year making MacGruber and doing the show at the same time. It just felt like it was time. Maybe it wasn't, but that was the decision I made, and it felt right at the time.

What are you working on now?
Literally, I'm unpacking. I moved into a place eight years ago in LA, before I got the SNL job, and I'm just now unpacking all these boxes. I'm finding weird stuff in boxes that I didn't even know I had, and I've been watching that show 'Hoarders' so it's kind of freaking me out a bit.

Interesting
Yeah, I think I'm a low-level hoarder, maybe a little OCD. I'm trying to clean up everything and then I'll figure all the other big stuff in life out.

Talk to me about mustaches
It's having a fake mustache that I really love. I could probably go into deep psychological stuff about how having a mustache on is hiding behind something, but I just like them. If I could grow a thick, luscious mustache I would. Mustaches always feel right.

Will Forte performs at SF Sketchest in "Celebrity Autobiography" tonight and Saturday and in the "Delocated Witness Protection Program Variety Hour'"on Saturday. SFSketchfest.com