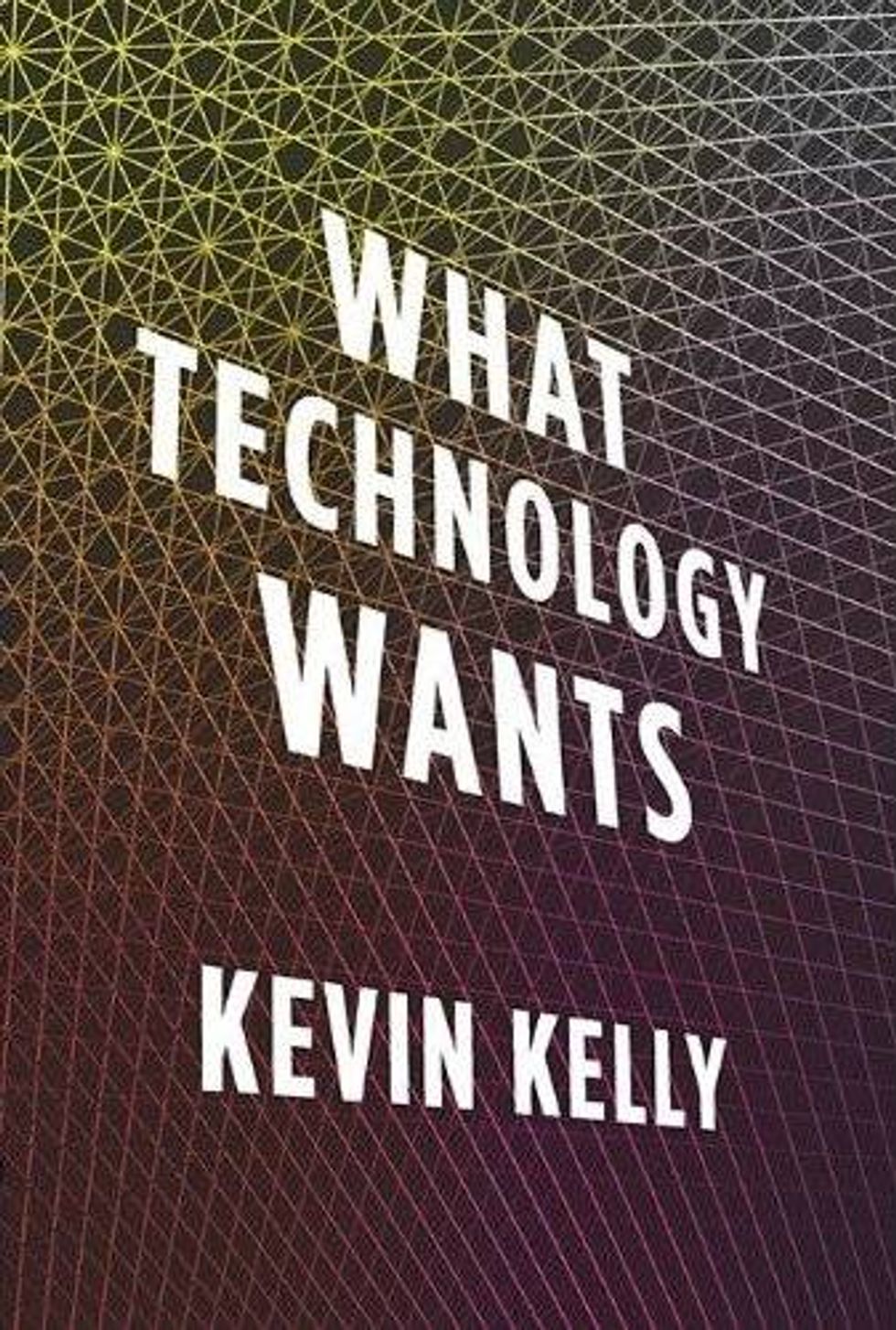 Kevin Kelly, co-founder of Wired (he's now a Senior Maverick there) and one of the greatest technology thinkers of our time, presents a provocative new theory of technology in his latest book, What Technology Wants. In it, he suggests that "the technium," is a living, evolving superorganism, driving itself towards inevitable steps of evolution. It's a heady concept, not just because it presents technology as something more sweeping than just gadgets and the Internet, but also in that it denies the role of the individual "inventor" in technological progress. I chatted with Kelly in between his lectures in New York to get a walk-through on the book and his theory. To hear Kelly speak for yourself (something I strongly suggest), head to one of his upcoming Bay Area lectures (info after the Q&A).

Why did you decide to write this book?
The idea was to see whether there was a theory of technology, a framework of explaining what it is. For eight years at Wired I was constantly trying to be on top and at the front of things, and I wanted to be deep down at the bottom. When we are constantly looking at the next five minutes, I thought it was time to pull my head up and ask where we are going over the next couple of decades.

You take a broader stance on the definition of technology. Can you explain what technology means to you?
It means anything that was invented after you were born. Anything that doesn't work yet, that our mind produces, stuff that permeates most of our lives. It includes skyscrapers and subways and cables. It's all the creative works that we have made, working together.

How do you differentiate that from just culture?
I was forced to coin a new word, "the technium." Culture is a set of things we've made. The technium is the idea that all the things we have made, like cell phones, require thousands of other technologies to support them and make them operate. It's an ecology of different artifacts that are interdependent and interlinked. It's like a coexisting species with its own inherent biases and tendencies, a superorganism.

You outline several things that you think technology "wants" in your book. Is there one unifying thing that technology always "wants"?
One distinction that I will make is that the technium is not conscious or intelligent. A plant that leans towards light, for example, is not conscious or aware. The technium's tendencies are only about as smart as a plant. Is there an overriding arch? I would say it's moving towards more complexity. Over time the most complex animals survive. That's the one overarching tendency. Other hidden arches are a move from the general to the more specialized. The human body has over 250 cell types but evolved from just one type of cell. The first hammer was just a hammer and now we have hammers for all purposes. Another tendency is the ability to be evolvable.

Is this why you think open source systems, which are very evolvable, have emerged?
There are certain technologies that are inevitable. We don't have much choice in those things. No matter what happens, we were going to get cars, electricity, rocket propulsion and the Internet. And we're going to get human cloning no matter what happens. But whereas certain technologies are inevitable, what we make of those technologies is not. The internet is inevitable, but is it going to be open sourced, run by the government, nonprofit, commercialized, flexible, rigid, transparent or not? Open source is one open.

How do you determine what's going to be inevitable and what are the offshoots of the inevitable?
The more easily a technology can be imagined by everyone, the more likely it is to be inevitable. Something that can be described in general terms, whose notions readily come to people in its basic forms: the world is ready for those things. What cannot be predicted are the forms of the inevitable. 23 people came up with the lightbulb. But the particulars on whether they were carbon, round or oblong, none of those things were inevitable. But the electric producing of incandescent lighting was.

We've been conditioned to celebrate "the inventor." Do inventors play no role at all in the technium?
Many people have independently come to the researched conclusion that the simultaneous and independent invention of something is the norm. People invent things at the same time. Research suggests very sternly that when it is time for an invention, when the previous two things have been discovered to lead the way for that invention, that invention will happen no matter what. It's not that humans aren't involved, it's that it doesn't depend on any particular human. Ideas appear simultaneously to many people. And it's not spooky or supernatural, it's just the next step to be taken and that progression is inevitable. The reason we have a patent office is that simultaneous inventions are the norm. It's just the nature of things.

How do you think people will react to your theory that individuals don't have a say in the evolution of the "technium?"
Some people will find it offensive, like it's surrendering free will. But we experience this already in our own lives. Growing up, our bodies change. You don't have any choice in that you are going to become a teenager but you do have a choice about what kind of teenager you are going to be.

You have a section in the book dedicated to the Amish. What wisdom is to be gleaned from them and their use of technology?
I admire the Amish because they have a good way to say no to technology. They decide things collectively rather than individually. They're not luddites like they're normally perceived, but are avid hackers and tinkerers of technology. They select what they use with a very clear criteria. They don't use zippers but they use disposable diapers. They don't use electricity but they have solar panels. When encountering a new technology they ask themselves: Does it bring their community together? Does it allow them to work at home, together as a family? If it does then they will adopt it. They have horse and buggies because horse and buggies have a 15-mile limit. It allows them to stay in their community, shop in their community, visit the sick and their friends. It's not that they don't believe in cars, they just don't own them. There are people whose full time job is to drive the Amish around when they need to go to the train station or something. They're allowed to use the Internet at libraries. They just don't want it in their house because people will face outward instead of facing the family.

You haven't adopted some technologies. For example, you don't own a smart phone or have a twitter account. Why is that?
In writing this book, I went deep and contemplative. I needed to spend some time thinking where I wasn't distracted. I believe in using technologies to maximize. Those technologies were not good for me when I was trying to focus down hard.

Will you start tweeting and get a smart phone now that the book's written?
I think I will. People go through phases, sabbaticals, take a break from things. I have different rhythms in my life. I don't have any moral issue with the technologies that I choose not to use at a certain time, it's just utilitarian. Taking a break is good. If you rest once a week, it's good for you. If you didn't use your cell phone or tweet or blog for a day once a week, that would be good for you too.


Hear Kevin Kelly Speak at one of his upcoming Bay Area appearances: