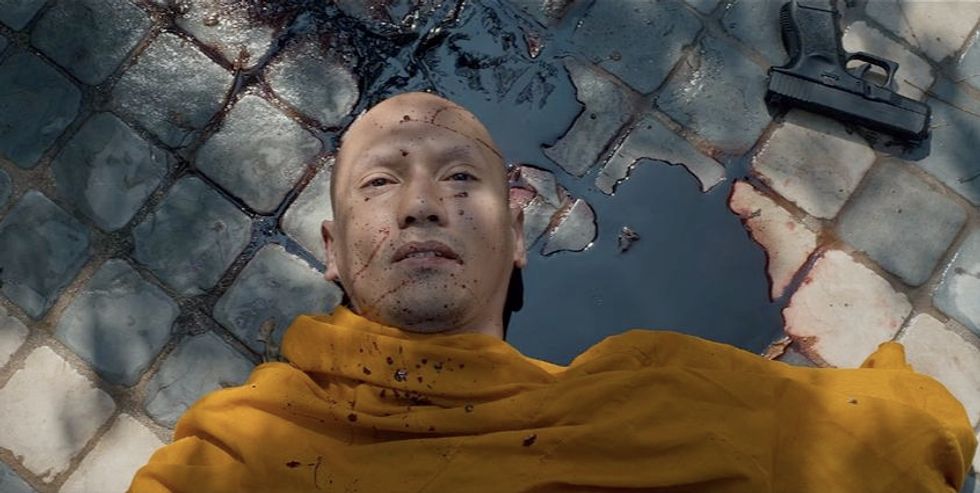 In a recent interview, a filmmaker whose work I respect a great deal floated the unpopular idea that the European "art film" is so shopworn as to have finally become a cliché. He cited Yorogos Lanthimos' highly regarded puzzler Dogtooth as the first in a series of such "form films"–coded as Art Cinema by a series of "weird" but distinct and expected plot turns, stylistic tendencies and predictably odd stock characters.

I found it hard to disagree. In the past few years the Cannes coup of this form type, of which Haneke's recent Academy winner Amour is the premier example, threatens to render International Art Cinema a rather boring proposition. It was only a few years ago that it seemed far more promising, dominated as it was in the late 2000s by a so called "Thai New Wave" of young directors who seem to have all but disappeared from the international stage in the intervening years.

One of the most accessible of the directors of that New Wave, Pen-ek Ratanaruang, is the subject of an excellent upcoming series at YBCA. Working in similar circles as Thai contemporaries like Apichatpong Weerasethakul, whose Uncle Boonmee Who Can Recall His Past Lives won the Cannes Palme d'Or and served as the movement's high water mark. Ratanaruang is an international filmmaker–distinctly Thai but clearly engaged in a deep conversation with the rest of the region. His 2003 film, Last Life in the Universe, not only expressed his obvious kinship with fellow magical realist Wong Kar Wai by adopting WKW's partner and cinematographer Christopher Doyle as a collaborator, but also cast Japanese megastar Tadanobu Asano as its lead, presaging an era of international collaboration that is now in full swing.

As Ratanaruang's latest film Paradoxcracystruggles to make its way to local and international screens, YBCA offers a timely retrospective of his work, beginning with his woefully underseen 2011 "Buddhist neo noir," Headshot, and hitting almost every high point in his filmography preceding it. As a series title, "Thai Dreams," is especially apt–of the many elements that unite Ratanaruang's films, a meticulous, dreamlike mise-en-scene is perhaps the most potent. These dreams live in pictures. Check out the trailers for four of our favorites below. (All film descriptions come from YBCA's site).

Headshot is an existential thriller, ripe with shadowy paranoia that will literally turn your world upside-down. This disorienting game of cat-and-mouse is played out in present-day Thailand, where a straight-laced cop is disillusioned and becomes a hitman. But when a devastating blow turns his vision upsidedown, he finds himself engulfed by doubt. Transcending all clichés of the genre, the film is a stylishly executed Buddhist neo-noir. Screens April 4, 7:30 pm.

Nymph. This eerie, sensual film goes deep into the Thai jungle, using spare dialogue and haunting cinematography to tell a story of mythical spirits and inner ghosts. An estranged married couple barely speak to each other, but take a vacation together to a forest where two men were recently killed. No one knows exactly what happened or how the men died, but something in the forest seems to be calling to the husband. One night, he mysteriously disappears... Screens April 7, 2 pm.

Last Life in the Universe pairs the director with Japanese superstar Tadanobu Asano (Café Lumière, Ichi the Killer) and legendary cinematographer Christopher Doyle. Together they spin the tale of Kenji, a mysterious librarian who has hidden himself away from society and seems bent on suicide. That is, until he meets Noi, a beautiful young woman who begins to seduce him back to life. A poetic tale about the strange way fate can bring people together just as their worlds are falling apart. Screens Apr 11, 7:30 pm.

Invisible Waves is a gritty, witty, and atmospheric thriller, which finds the director working again with actor Tadanobu Asano and cinematographer Christopher Doyle. It's a tale of a desperate man on the run after killing his lover, which intimately explores themes of guilt and regret as the character journeys into his own heart of darkness. Screens Apr 18, 7:30 pm.