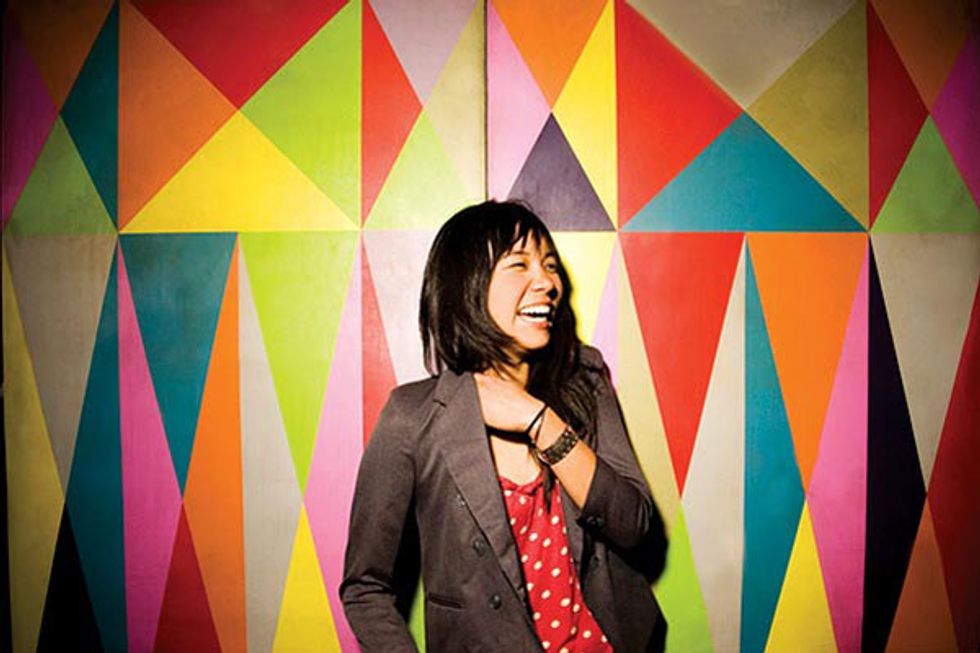 Singer-Songwriter, Thao & The Get Down Stay Down / age 30

How to reconcile the ecstatic, rock-out mood of a Thao & The Get Down Stay Down performance with Thao Nguyen’s latest raw yet bouncy songs, inspired by the lives of women in prison? “It’s been a very interesting negotiation in touring this record,” says the acclaimed singer-songwriter of 2013’s We the Common, which was influenced by her work with the California Coalition for Women Prisoners (the title track, in fact, is dedicated to one of the female inmates). “I talk about why this record exists when I get the opportunity. But live, it’s a rock show. It’s a fine balance to preserve the energy and mood.”

Nguyen is the mistress of mood, whether she’s rousing a crowd with her distinctive howl; working with kindred spirits, such as lo-fi songstress Mirah and Joanna Newsom; or touring with NPR’s Radiolab. Nguyen’s next record, now in progress at a Midwestern writing retreat, promises to be more inward looking, but she won’t soon forget We the Common. “It’s so much about having this underlying humanity and responsibility for one another. There’s an energy there that’s more about the collective. We try to exude that.”

TN: I don't go out much when I'm home because I like to be in soft pants watching the Food network. I'm very conservative in my entertainment — it feels like a lot of work to go out. But I love El Metate and Outerlands, as everybody does. I really like Mission Chinese. What else? I like going to the public library in San Francisco in all the different neighborhoods. I like spending my time there—it's amazing, like free knowledge. And I go running.

Delfina's Delicious Return: The beloved Mission restaurant is stronger than ever.