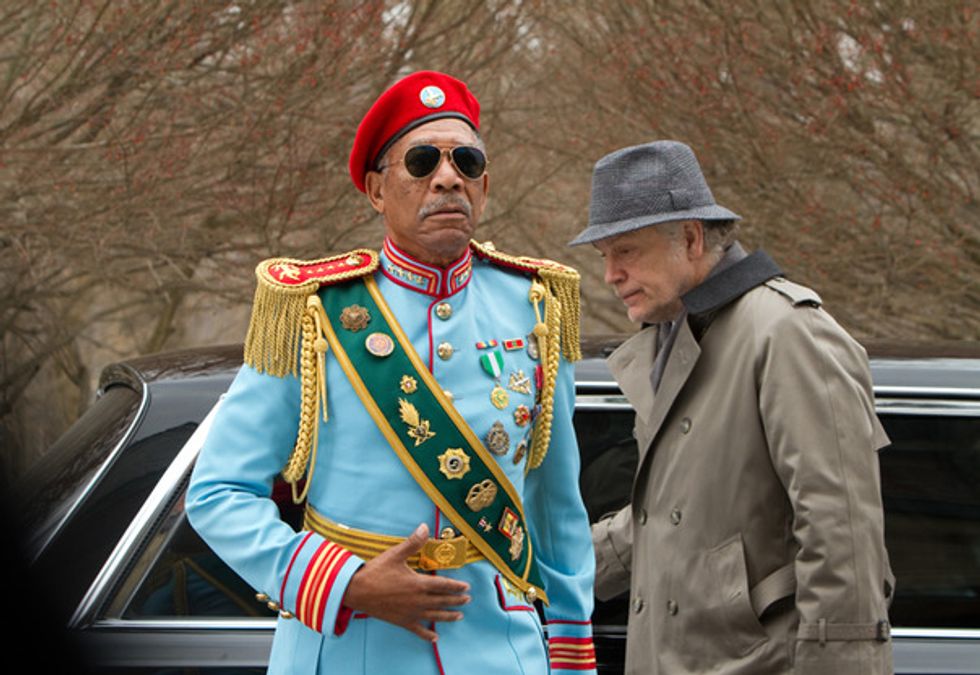 At Sea or Back in the Saddle, 'Red' Star Morgan Freeman Knows Virtue of Solitude

Morgan Freeman knows this isn’t his defining role. Mention the five-time Oscar nominee – he won once, for his supporting turn in 2004’s Million Dollar Baby – and most people are reminded of the 1994 prison drama The Shawshank Redemption, or maybe Driving Miss Daisy (1989), the role that elevated him from respected character actor to household name.

Freeman’s résumé is too long and too distinguished to narrow his greatest hits down to two titles, but when all is said and done, Red, the funny, fast-paced thriller in which he stars as a retired, cancer-stricken black-ops specialist opposite Bruce Willis, Helen Mirren and John Malkovich, will not be remembered as Freeman’s film. Willis is the headliner, and the rest of the players, peerless though they may be, follow his lead.

That suits Freeman just fine. Not every movie has to be his movie. At 73, he can afford to be discriminating in the projects he chooses, and part of Red’s attraction was that he wouldn’t have to be the star of the show. Well, that and some other considerations.

“Bruce and I worked before on Lucky Number Slevin – we both worked on Bonfire of the Vanities, too, but we were never in it together,” says the Memphis native, who admits he’s no great lover of action movies when he’s not starring in them, but that he’s fascinated by the ambitious artistry brought to the genre by directors like Christopher Nolan, with whom he made Batman Begins (2005) and The Dark Knight (2008).

“I knew Bruce and I had a special chemistry, and that’s what you look for – people you enjoy working with and people you want to work with. Helen, well, it doesn’t really matter what she’s doing. She’s such a lovely lady, and such a terrific actress. I’d be her faithful fool anytime.

"And," he adds with a sly smile, "let's not forget about the money. That's important too."

It might seem reasonable to wonder when Freeman plans to step away from the spotlight, or at least lighten his workload. It’s a question he hears often, and though he doesn’t exactly bristle at the suggestion – his composure never seems in question – he is stern and unequivocal in explaining that he’s been acting for as long as he can remember, and he’ll continue working until he dies.

That said, when Freeman is away from the cameras, he enjoys putting himself in situations where there are no second takes. He has a pilot’s license – he flew himself from Los Angeles to New York for today’s interviews at the Four Seasons – though he considers flying more a necessity than a sport. He enjoys waking early, saddling up and riding his horses. Yet nothing, it seems, compares to his love of the water and the introspection it allows him.

“Sailing is one of my real passions,” he explains. “When you live a life of pretense, as I do, you wonder which one of these many characters you play best represents you as a person. None of them, I suspect, but maybe all of them. So who are you? That’s the question you need to figure out, or at least I do.

“You have to put yourself in a position to see yourself, and going to sea will do that for you. You have an implacable adversary, and if it turns against you, you can’t exactly call for help. It’s just you and the sea. It’s the same thing with the horses – it’s just you and that animal, and whatever adventure you have, you have it together. That’s when you cut through the pretense and get to know who you are.”