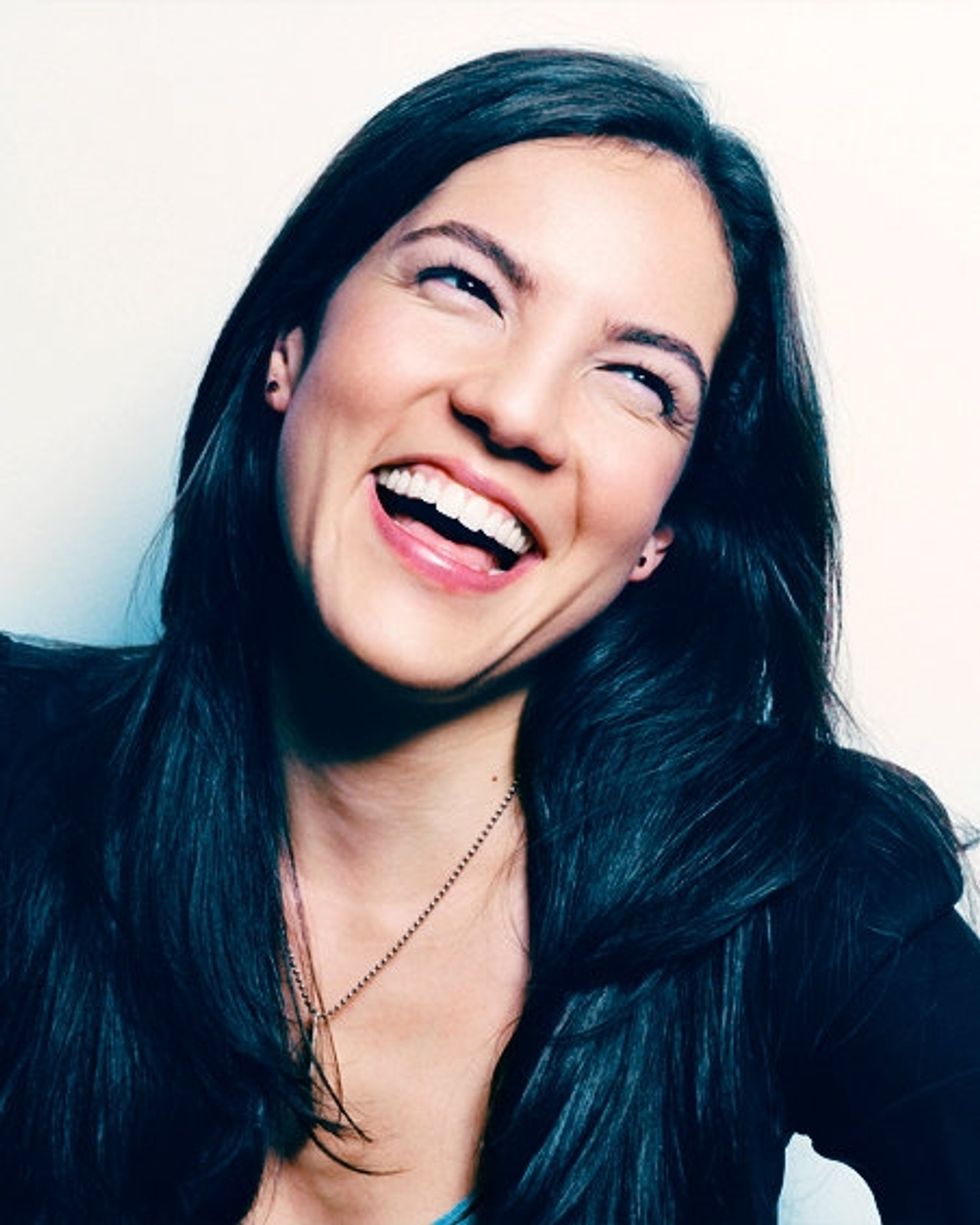 Sloane Crosley may hail from New York, but any young urbanite can empathize with her exploits. Whether she's embarking on a disastrous trip to Portugal in an attempt to be more spontaneous, trying to find the perfect apartment, or riding in a really smelly cab, Crosley projects an air of good-natured haplessness that appeals to the klutz inside all of us. Her first book of essays, I Was Told There'd Be Cake, was a New York Times bestseller and was optioned by HBO; the sequel, How Did You Get This Number, has just been released in paperback.

In addition to her literary efforts, Crosley is the co-proprietor of the photo blog Sad Stuff on the Street, which she runs with her former long-distance boyfriend, SF-based Greg Larson. In advance of her Bay Area readings next week, we talked to Crosley about her family, her TV prospects, and the bi-coastal competition for sad stuff.

Your essays cover a wide swath of your life, from your childhood to your recent exploits. Are you ever concerned that you'll run out of material?

Not really, because the essays are from my perspective, and unless I get concussed tomorrow (always a chance), that viewpoint will always be there. It may shift, but it won’t dry up like a well. If it does, I suppose I can always write an essay about running out of ideas for essays.

How do your friends and family feel about their portrayals in your work? They're not always presented in the best light. Do they forgive you because you're even harder on yourself?

I always think the most realistic light is the best light. My dad is a classic cheeseball-but-loving dad, my mom is a bit flighty, and these are things I would say to their face. And write. And bind and sell. There may be a comment or two here and there that rubs them the wrong way, but if a reader then walks away from the essay sensing that there’s genuine affection between my friends, myself, and my family, I think it serves the people in the essays better anyway. Luckily, they’ve all agreed. Plus, you’re right – if anyone is going to have a real ass made out of themselves, it’s going to be me. I’m the professional here.

You recently quit your job as a book publicist. How has that affected your writing life? Have you found yourself nitpicking the work of your own publicists?


Plural! Publicists, huh? There’s just one at a time. Wow, this makes me feel like I should have a rider. Fiji water at bookstores or I’ll flip the f*&k out.   Meanwhile, you’d have to ask the kind woman who passed these questions on to me. I don’t think I’m more or less nitpicky now that I’ve quit my job.  I will say that I thought I was going to be able to set aside some quality “crazy author” time, but the writing expands quickly to fill up your whole day and before you know it, it’s 5 p.m. and you have no idea how that happened.

I Was Told There'd Be Cake was optioned by HBO. How is that process going? Are you writing a script?

I wrote the script, actually. I had a great time doing it. Man, the people at HBO have those jobs for a reason. They’re fantastic. But they were all stocked up on lady programming, so they won’t be making the pilot.  Sorry!

You spend/spent a fair amount of time in SF. What do you like to do when you're in town?

It’s hard to play favorites with San Francisco. The sights I like are pretty typical, so I won’t list them all – driving over the Golden Gate is the best. Or sitting in Dolores Park. Meanwhile, I think it’s a little weird that Tartine won’t let me sleep there. Because I really want to. But noooo, no cots for me! Also Zuni, Mission Street Food, La Taqueria. There’s a place that sells lavender marshmallows in The Ferry Building. The issue with San Francisco is that everything is so delicious and interesting to me that I am basically incapable of just getting a veggie burger or a beer somewhere. I always want to take advantage of every meal and every drink. Shopping-wise, there’s a store called BellJar that I love. They have the best jewelry. Also City Lights for books and then Vesuvio for drinks. The best sorbet in the world is made in Oakland by my friend Noah at Scream Sorbet. Please stop reading this and go there now. Did you not hear me say “best in the world?”

Weigh in on the SF vs. NYC debate. What does each side have that the other doesn't?


Part of what I like about San Francisco is that it doesn’t feel like it’s having an active conversation with New York. If anything, I can see it scoffing at and/or feeling an inferiority complex about L.A. Or thinking it’s cooler than Austin.  So I don’t really see it as similar or different from New York. Maybe if I was involved in something more specific – for example, San Francisco has a famous ballet. If I was a ballerina in San Francisco, New York might weigh more heavily on my mind, and vice versa.

The "Sad Stuff on the Street" blog features a lot of stuff from SF. Is that just a consequence of your co-founder being based here, or do you think we have a special talent for producing sad stuff on the street? If the latter, why?


Mostly the former, though you guys know how to knock it out of the park.  My theory is that New Orleans and Vegas have both our cities beat on the melancholy trash front – but the residents of those towns are too busy partying to get appropriately sad.