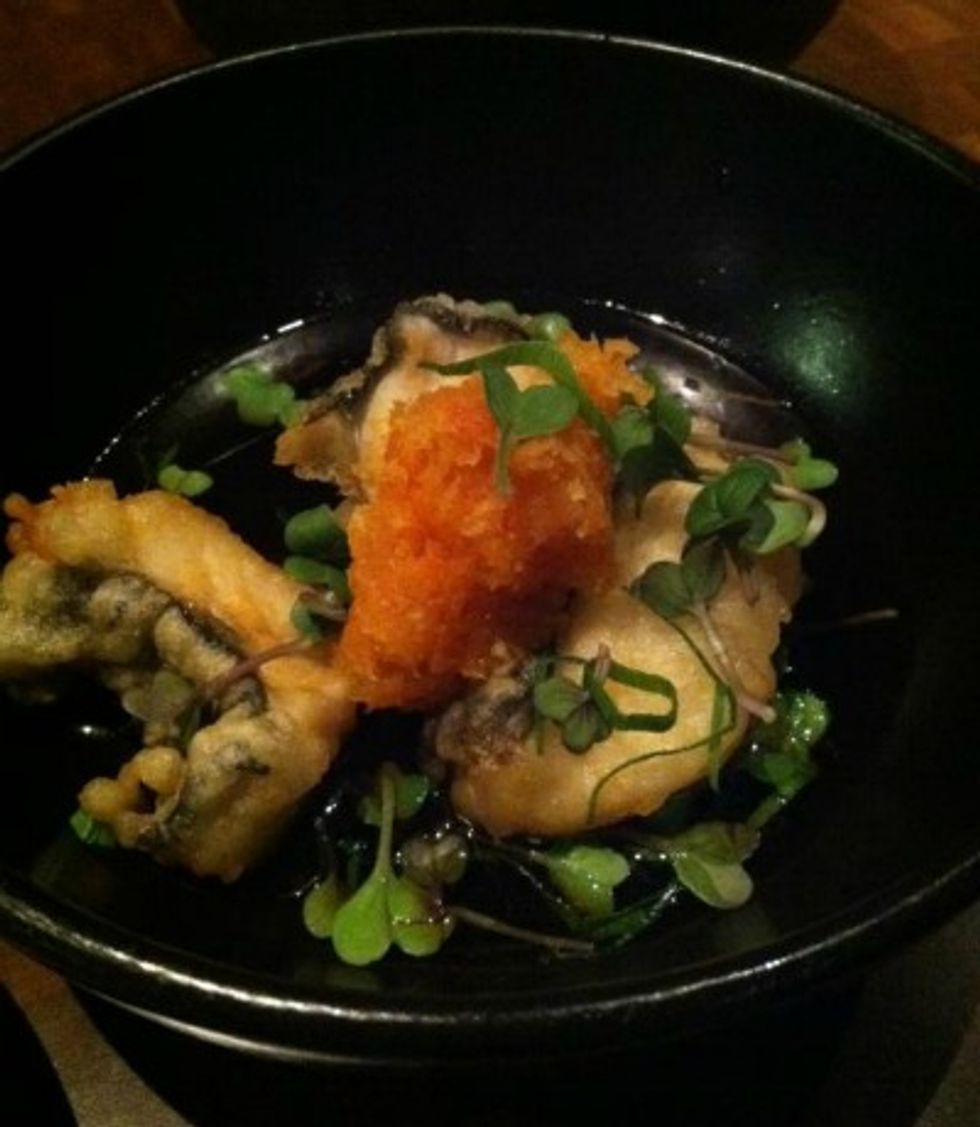 One day I will write a juicy, tell-all story about how hard it is to open a restaurant in San Francisco. You don't have to know how to manage a floor or how to cook. You have to be a field and track Olympian in long distance fundraising, red-tape relays, permit hurdling, and PG&E pole vaulting.

The fact that this city is one of the most vibrant dining destinations in the country is testament to people's tenacity—and romantic idea of owning a restaurant. Should you be eating out anywhere soon, find the owner, shake their hand, slap them on the back, and buy them a shot. In fact, make it a double.

I know this because I've been living with it. I've been writing about food for years, but I don't think I really understood restaurants until I married Joe, who on Monday—after a year of blood, sweat and tears—opened his second Tacolicious and first tequila and botanas bar Mosto on Valencia Street. Though I'm an owner by marriage, it's Joe's show. While I suggest things like putting up baby changing tables in the bathroom, and get to pick out pretty tiles, and write the occasional blog, he's the visionary and he works around the clock. Which means we've been like ships passing in the night lately.

This isn't to say that I'm beholden to eating tacos. I was at Wo Hing General Store again enjoying a dish of brisket with braised daikon (best thing on the menu, I'd say).

I found myself in Hayes Valley at Nojo this week too. Considering the neighborhood has long had a random selection of restaurants, seemingly at odds with all the fancy boutiques (Stacks anyone?), Hayes Valley is becoming quite the dining destination: Dobbs Ferry, Lers Ros, The Grove, Boxing Room, Biergarten (from the owners of Suppenküche) and the rest of the shipping container venues, such as Smitten, have all landed in the neighborhood in the past year. Yesterday, I got a preview taste of the bread puddings from Schulzie's, which is opening on Hayes Street in February. Though I can't imagine how a bread pudding shop from Venice, CA featuring 108 bread pudding flavors will do, I will say that the Earl Grey was pretty damn good.

At Nojo I ordered the agedashi Monkey-Faced eel. How could I pass that up? It turns out that this eel goes into the monkfish category: Delicious to eat but would scare the bejesus out of you should run into one while snorkeling (apparently they have razor like jaws and spiny flesh too). The dish turned out to be meaty, mild-tasting, white-fleshed, fish-like pieces of eel fried up delicately like agedashi tofu and placed in a pool of sauce made from dashi, mirin and soy sauce. Tossed with radish sprouts and a little momiji oroshi, it was perfect with a little cold sake to wash it down.

This quaint AF 1925 Tudor in the Berkeley Hills could be yours for $1.7 million