Dublin on the Cusp of Greatness (Again) 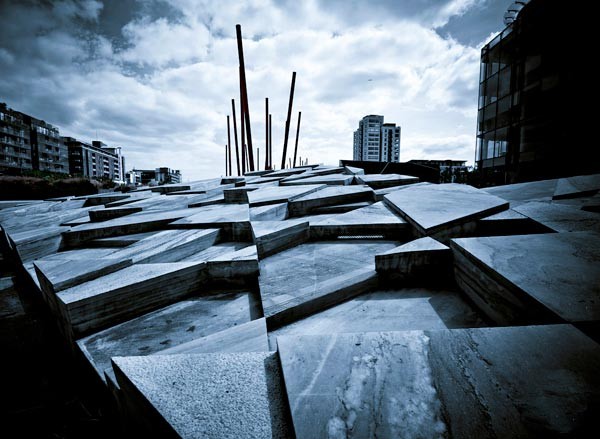 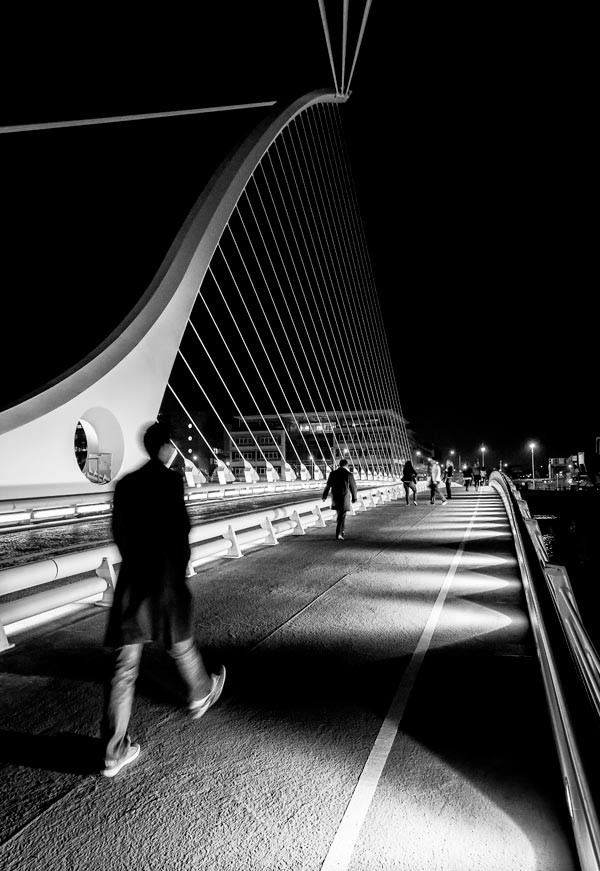 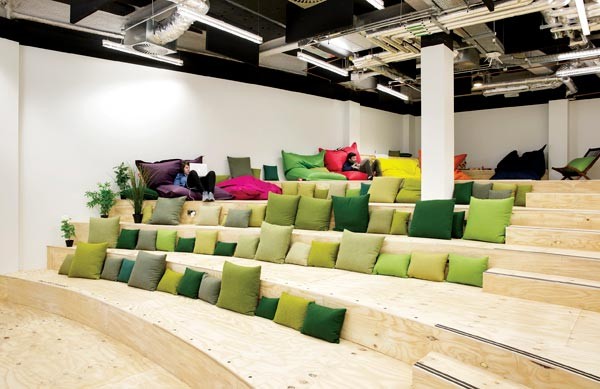 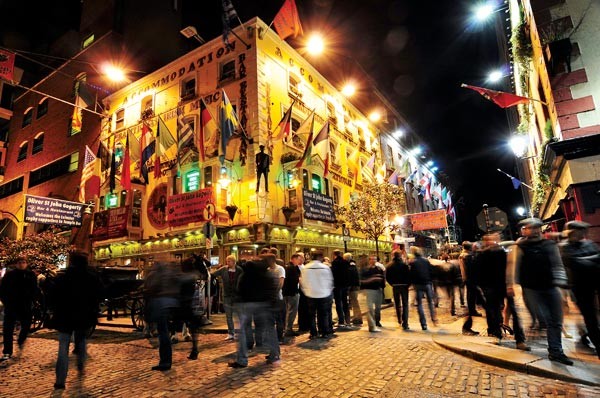 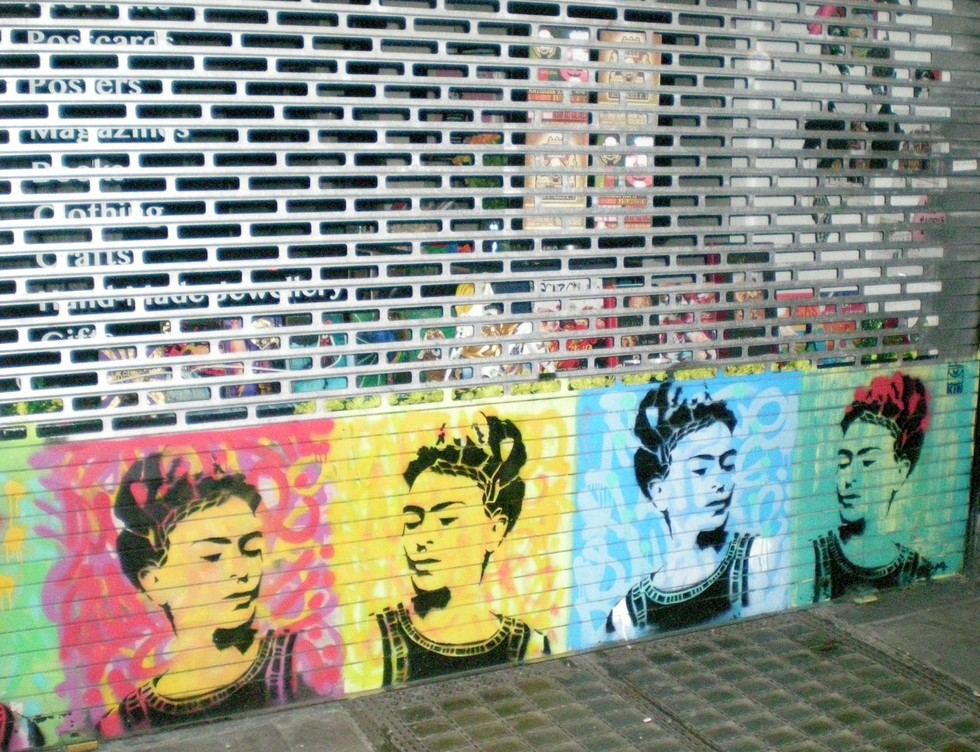 Why do you return to Dublin so often?” people ask.

A few years ago, I won a playwriting prize that came with a nice check. I said to my wife, “Let’s take a trip.” I hadn’t been to Ireland since the 20th century, when I carried a Eurail Pass and backpack and stayed in a hostel for £2 a night and wandered the streets of what was then one of Europe’s poorest cities.

Like many Americans, I have a bit of Irish in me. We are Irish American because generations of Irish departed, finding nothing for themselves in the land of their birth. But those of us with names such as Boyle or Dolan sometimes go back to see what was left behind.

In my premier 21st-century sojourn, I discovered that the city had changed: The skyline was dotted with cranes building glass towers into the sky on both sides of the River Liffey. The long-standing brain drain of the young and educated had reversed, and people were now flocking to Dublin to ride the Celtic Tiger (Ireland’s term for a bull market). The city had become the tech hub of Europe.

As we walked the packed streets of the city center, we were surrounded by people speaking a panoply of languages and shouting into ever-present cellphones. This was definitely a change. But the buskers still sang on Grafton Street. Side streets were filled with fishmongers, cheese mongers, and chippers (fish and chip shops). Day markets were crowded with vendors selling fruit, vegetables, and a little of this and that. The mix of old and new was both vaguely dissonant and utterly exhilarating.

Underneath, the layers were visible: the tough, dark-humored, grudge-holding, thousand-year-old Vi- king village; the pillar where a statue of Lord Nelson once stood, overlooking the city (Irish republicans blew up the stone figure, and today the Spire of Dublin stands in its place); the General Post Office, where they still point out the bullet holes from the Easter Rising of 1916. This was where the largely Catholic populace had to come to terms with and address the restrictions and abuses codified into law and society: the ban on birth control and divorce, the forced labor of the women of the Magdalene Laundries, and child abuse among the clergy. They were my people, old and new.

On that first return trip, I Googled “gay theater Dublin” and found out the International Dublin Gay Theatre Festival was happening right then. The venues included the basement of a gay bar as well as union halls. (Imagine: workers’ gathering places, complete with theaters!) I resolved to return with a play of my own. But by the time I took a show over in 2008, the economic bubble had burst, brought on by worldwide financial collapse. The effects hit hard—and they are still being felt.

And yet, the Irish keep on. The current tech boom has been a bit of a saving grace—Google and Airbnb have their European headquarters there. But many young people are heading for other European Union countries, Canada, or Australia. The ones who stay must be clever and persistent. Many go from one freelance gig to the next, or dive headlong into the fairy dust of a start-up—just as they do in the United States, although there they have national healthcare.

The theater festival still presents LGBT-themed work that can’t find a home in mainstream theaters. Irish queers are pressing for equality, calling out the religious and conservative organizations that would shame them and try to criminalize them, again. Earlier generations remember secrecy and dread, and having to speak in code because their phones might be tapped. The younger set goes to gay bars and marches in the St. Patrick’s Day and the Pride parades. Being out is gradually becoming in.

One of the festival venues is Pantibar, a humble yet fabulous joint on Capel Street. Rory O’Neill, aka Panti Bliss, is the drag queen, activist, and entrepreneur who runs it. At the festival, I’ve always stopped by to say hi to Panti and hoist a drink (or three) in the company of my fellow actors and artists.

This year, Panti became the catalyst for an unprecedented Irish and international conversation on homophobia. After a TV appearance in which Rory spoke up about some of the regular homophobic voices in Irish media, the network paid out €85,000 to circumnavigate a slander suit. Afterward, Panti was invited to speak at the Abbey Theatre, where she spoke about being gay in an oppressive society and the backlash after the televised comments. The video of the speech went viral, and clothing emblazoned Team Panti began appearing in Dublin shop windows and on the streets. A new gay rights leader was born.

In New York, I organized a group to march for Panti in Queens’ inclusive St. Pat’s for All parade. It was my salute to the city on the Liffey, where I return every spring, and where I can appreciate both the differences between the Irish and the Americans and our shared traits. See you soon, Dublin.

Dublin is an excellent destination on its own for exploring or as the starting point for a longer tour of Ireland (drive yourself as there’s no need for a staid guided bus tour). Accommodations range from humble hostels to luxe boutique hotels. Foodies will find Michelin-starred restaurants (the best known being Patrick Guilbard at the Merrion Hotel), as well as lots of places from simple pubs to a variety of ethnic eateries, taking advantage of the outstanding local ingredients from cheese and butter to fresh, fresh fish. There’s plenty to explore within the city: museums, galleries, and parks, plus remnants of Ireland’s ancient tribes that are easily accessible from Dublin.

Get there: Fly to Dublin International Airport

When to go: May or September

Who it's for: Culture Hounds, Nature Lovers, Arts Fans

Stay at The Dylan: This Ballsbridge boutique hotel is in a Victorian edifice that was once the Royal Hospital Nurses Home. The décor is sleek and modern, the lush rooms are equipped with iPods, and the Wi-Fi is free. There’s an excellent on-site restaurant and cocktail lounge.

Eat: The Larder, a casual but well appointed nook just off Temple Bar, serving bistro-style fare that’s locally sourced (including Irish cheeses and ice creams), with a glass of wine or craft beer. Across the street is The Front Lounge, a welcoming, comfortable stop for gay and straight tipplers alike, with lots of couches for talking and snacking, and regular karaoke/DJ nights. Along with the generous cocktails, ask for a pint of Carrig—the microbrewed craft lager and ale label is found only in Dublin.

Visit Ancient Burial Grounds: Not far from Dublin proper (easily booked on a day or half-day trip) are the passage tombs at Newgrange and Knowth. These ancient temples were built over 5,000 years ago, and decorated with megalithic art. The central chamber remains watertight even after 50 centuries and is built with an opening that lights the whole thing up—but only on the Winter Solstice. You can put in for an annual lottery to see it for yourself.

Shop for handwoven knits: Avoca is the flagship of a family-owned Irish chain famous for its handwoven throws and blankets. They offer a complete line of Irish-sourced (or sometimes just Irish inspired) clothing, gifts, house & garden accessories, as well as edibles, aromatics and jewelry. The Suffolk St. Store has a lovely cafe on the top floor, and a snack bar in the lower level.

Ancient Myths Live On In Burma, the Land of Legends

The Perfect Weekend in Downtown LA

Magnolia Dogpatch and Schroeders Duke it Out in a Pub Brawl

Editors Pick Their Must-Have Items for July and August