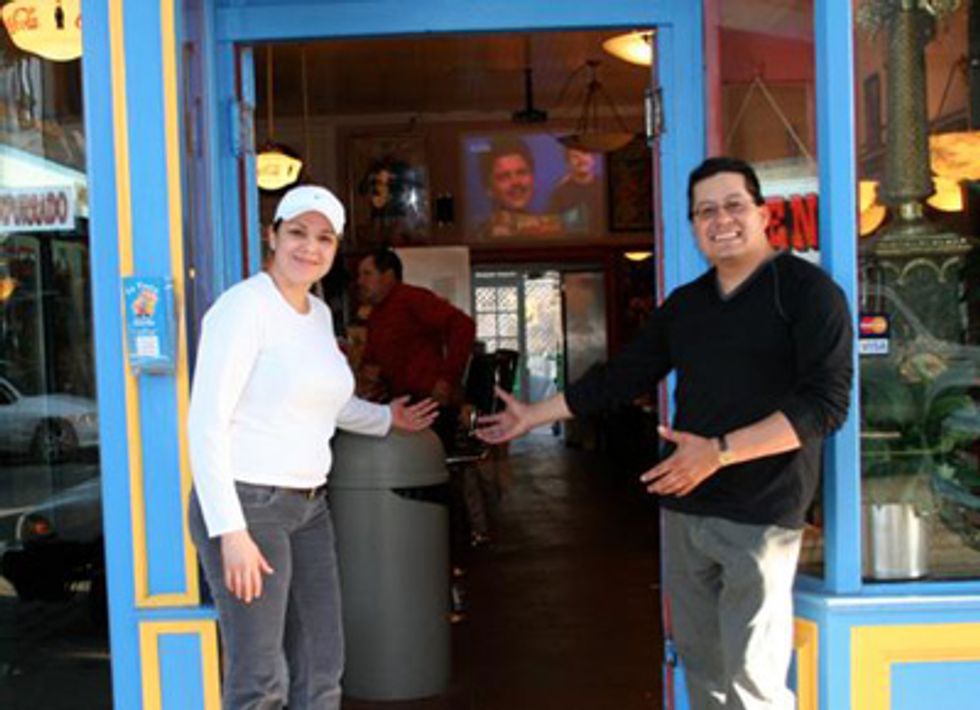 Eat Like a Native: A Mexico Expat on Where to Go, What to Buy

Welcome to a column wherein we track down a cook good with an accent and milk them for all their best kept eating secrets.

Armando Macuil—owner of the Mission's La Torta Gorda—hails from the city of Puebla in southeast Mexico. He came to New York in 1996 to be with family members there, but was charmed by San Francisco when he visited for the 4th of July. In 2001 he moved here because Casa Sanchez had given him an offer he couldn't refuse. He soon realized most of the Mexican food in SF was from Northern Mexico. Longing for the authentic food and flavors of his homeland, he founded La Torta Gorda, the city's first Mexican torta restaurant, in 2002. After a few successful years in business, Macuil was able to expand to a space down the block at 2833 24th St, allowing him to offer other regional specials from Puebla. Although several other like-minded joints have grown into the neighborhood since then, Macuil's tortas—carefully layered with refried beans, fresh avocado slices, queso fresco, onions, jalapenos and chipotle—will still throw down in any 24th St. torta-off.

For harder to find Mexican ingredients like verdolagas (Mexican parsley) and epazote, Casa Lucas is the spot. Fresh cactus is very good here, and fruit for agua frescas: prickly pears, watermelons and sometimes cantelopes in the warmer months.

Air-dried beef or cecina is like a beef jerky that's not as dry. Put it on the grill for a two minutes and it tastes super fresh. La Gallinata also makes very good quality handmade corn tortillas and chicharron every day, fresh. The service is the best here.

The owner, Jorge Sarabia, serves the food of Central Mexico, closer to Mexico City. Everyone calls him "Mr. George." We've been friends for a while. He gets the quesadilla at La Torta Gorda and I always get "El Volcan" at his restaurnat. It's beef, chorizo, nopal and queso fresco, covered in a chile pasilla sauce. The dish comes in a stone molcajete. They put it in the oven and when they serve it on the table it's still bubbling. That's why it's called the volcano. You can't get that anywhere else in San Francisco.

Everything is good at Tacolicious. I like to get the La Penca mezcal, it's really smooth, and I drink it straight with sangrita on the side.

We're the only place I know in the city that has this dish. It's a Puebla specialty made with shredded meat, in a tomato, chile and chipotle sauce. I also get it Don Pedros at 43 Post St. in San Jose. They do a great version.

6. Habaneros and squash blossoms at the Civic Center Farmers Market

The Yerena Farms stall still has fresh squash blossoms if you special order them. The farm is in Watsonville, that's why. I also get fresh pecans, onions and cilantro here for cooking. Several stalls also sell organic habaneros, which are really a lot spicer than the non-organic ones.

Sunday is the best day to go to this market. Everyone comes out, and it feels like a small town in Mexico. They sell clay pots, cups, plates, jars, molcajetes, tortilla machines, and Mexican crafts—awesome stuff. I also like their Mexican candies that are hard to find elsewhere: Mazapan, Paleton, Tarugos, Tamarindos Enchilados and Borrachitos, a soft candy that has liquor inside.