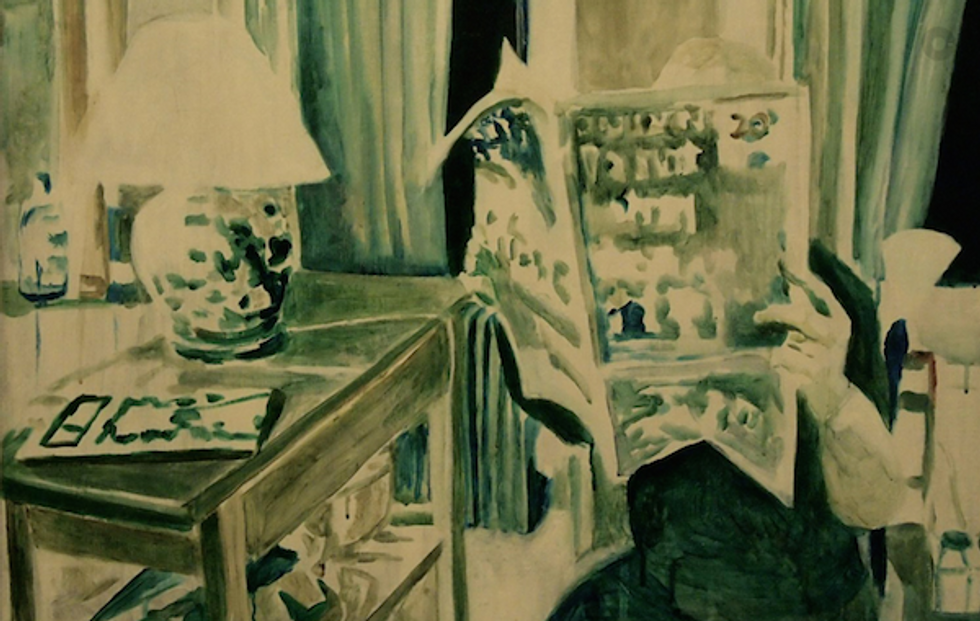 A good group exhibition brings the voice of the curator alongside those of the artists. Here are three that promise this and more, plus a special solo show for good measure.

Remembering is Everything, at Alter Space

One commonly describes art as "experimental," but exhibitions themselves? Almost never. Well, we have an intriguing exception on our hands. For Remembering is Everything at Alter Space, curators Bean Gilsdorf and A. Will Brown took up the reigns to create an original video and invite six artists from around the country to artistically respond to it. They then promptly destroyed the video, ensuring that the artists would have to relate to it as a memory only. The result is a compelling body of work spanning media, style and, it would even seem, subject matter, to become something more than your typical exhibition: A living experiment regarding perception and recollection.

Remembering is Everything runs from January 17 through February 23 at Alter Space, 1158 Howard Street. Opening Reception: Friday, January 18 from 7 - 10 pm

The notion of holistic, cosmic connectivity–that everything in the universe is related, enmeshed by a common force–is now a mainstay of psychedelic mysticism, but in fact it, was theoretical physicist David Bohm who first made the stipulation. His notion of Implicate Order is as obvious to some as it is obscure to others; in any case, it motivates the making of some good art. Thinking Like the Universe, curated by Aimee Friberg, features an array of landscape-oriented expressions depicting matter from the particle level on up. And in what may be seen as a poetic meta-nod to interconnectivity, the show spans the Bay, splitting its time between one gallery in San Francisco (K. Imperial Fine Art) and one in Oakland (Hatch), drawing the included artists from both. If you missed the SF leg, hop over to the East Bay this Friday.

For this thematically cohesive group show, Catharine Clark Gallery brings together seven artists exploring the art of textile design and tapestry-making as conceptual forebears of the digital world. That is, they are putting the "net" back in networking. The group, which includes Andy Diaz Hope, Laurel Roth,  Nina Katchadourian, Devorah Sperber, Stephanie Syjuco and collaborative duo Ligorano/Reese, weave a complex web of cultural and art historical references ranging from Géricault's "The Raft of Medusa," to the Warholian Pop Art grid, to real-time Twitter data.

Artzone 461 celebrates the 40 year anniversary of Stan Washburn's first SF solo show with–what else?–a solo show of new work. Well into the autumn of his career, Washburn attributes the sustained interest in his practice to one simple thing: Style. To be sure, Washburn's is distinctive. Here, the artist paints commonplace scenes–museums, restaurants, San Francisco's famed Arion Press – but with what he calls "adjustments." The imaginative alterations imbue the works, themselves impressive in composition and texture, with a certain sense of humor.