Hayes Valley Gets a Late-Night French Suitor in Monsieur Benjamin 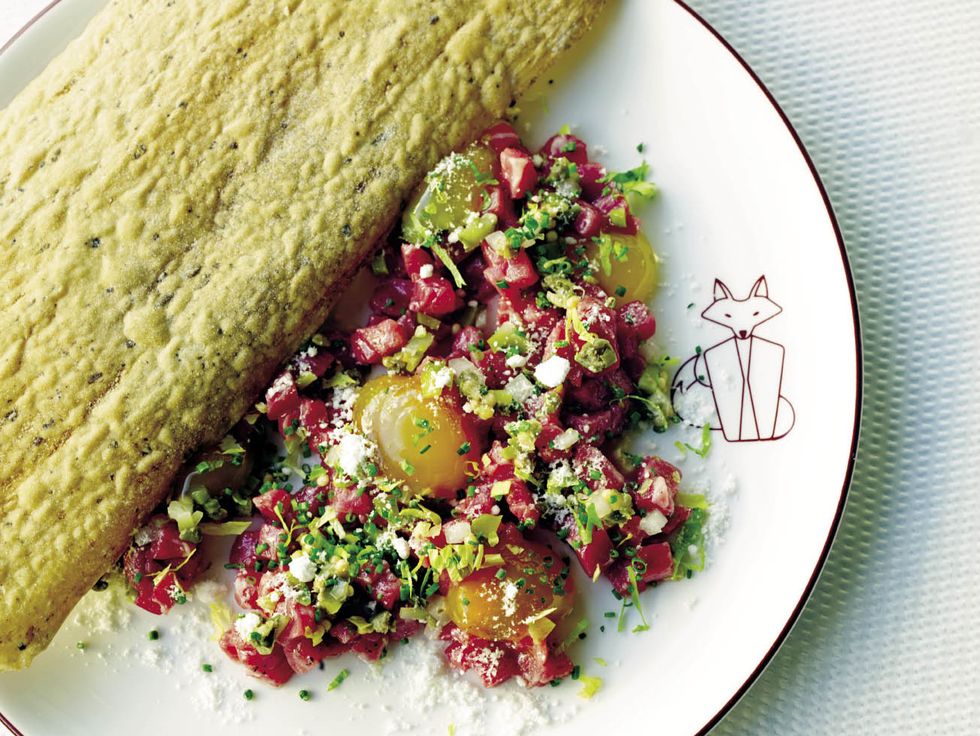 Previous Next
One of the few dishes that get a modern spin, a deconstructed steak tartare is plated on Monsieur Benjamin’s trademark dishware. 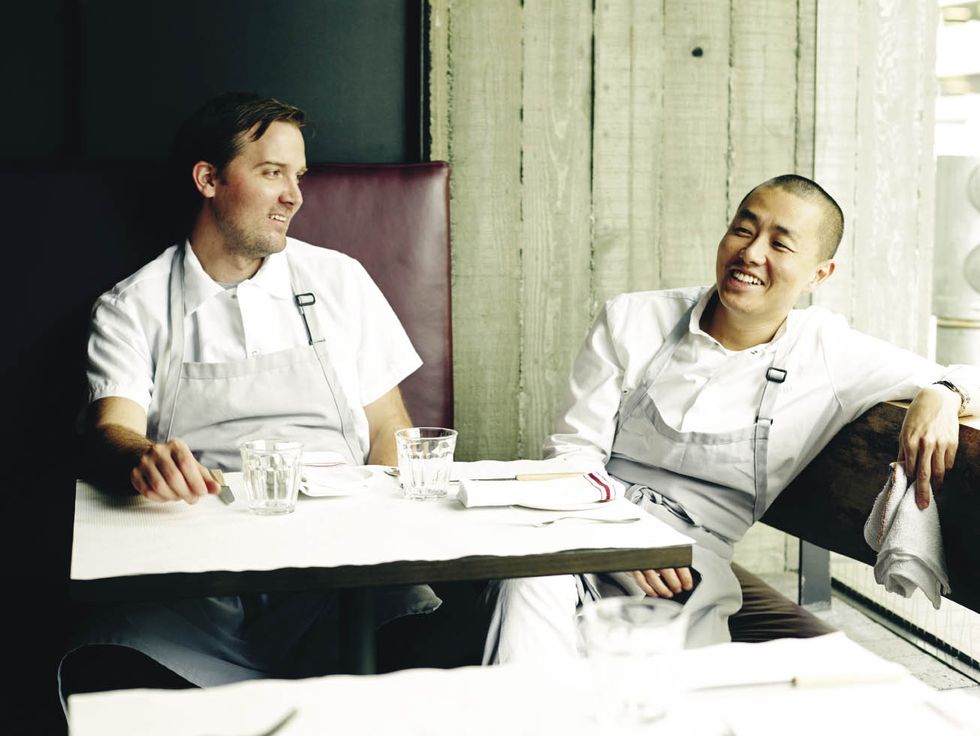 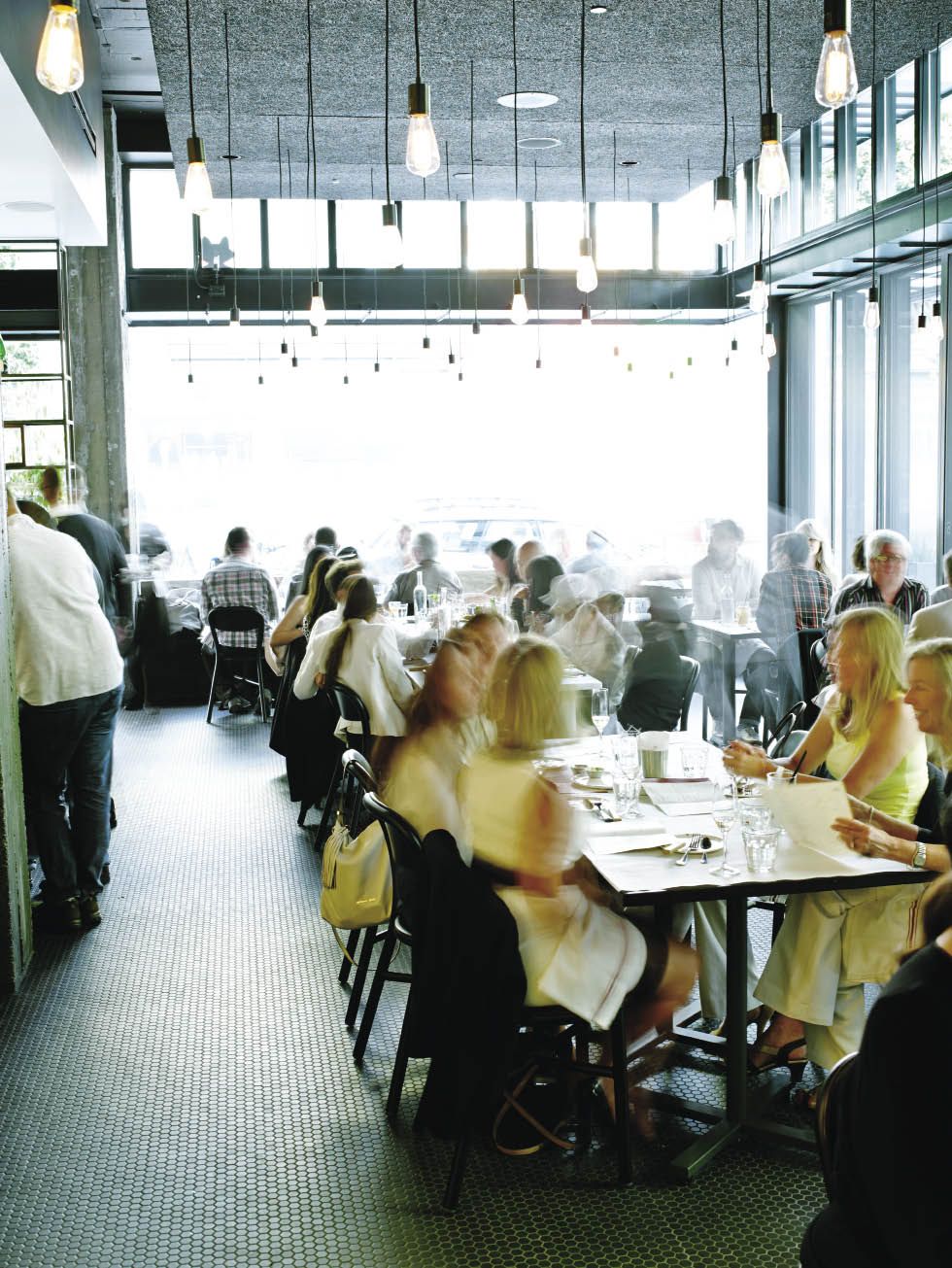 Previous Next
The casual French bistro vibe gets the SF treatment with Edison bulbs dangling in the dining room. 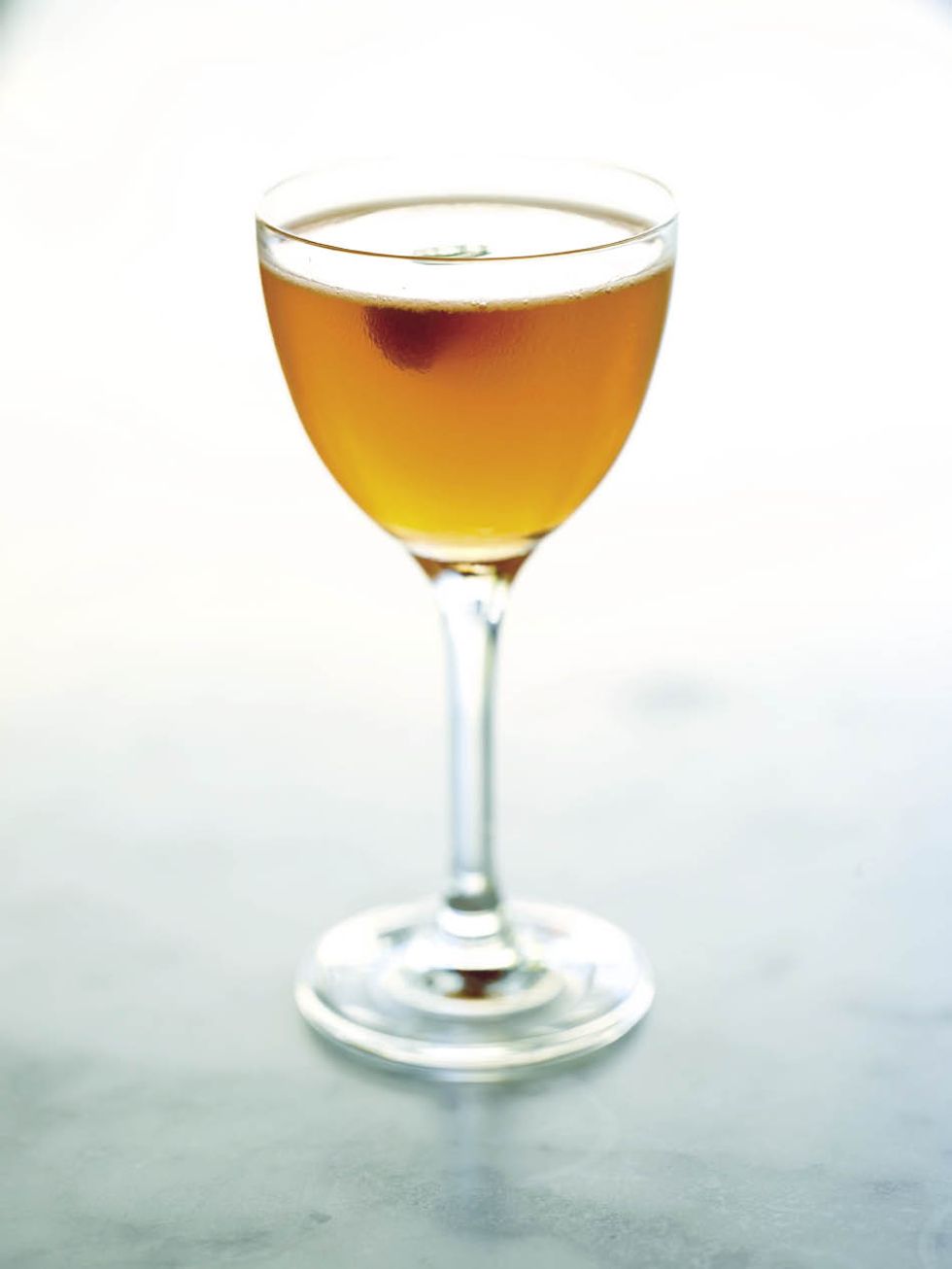 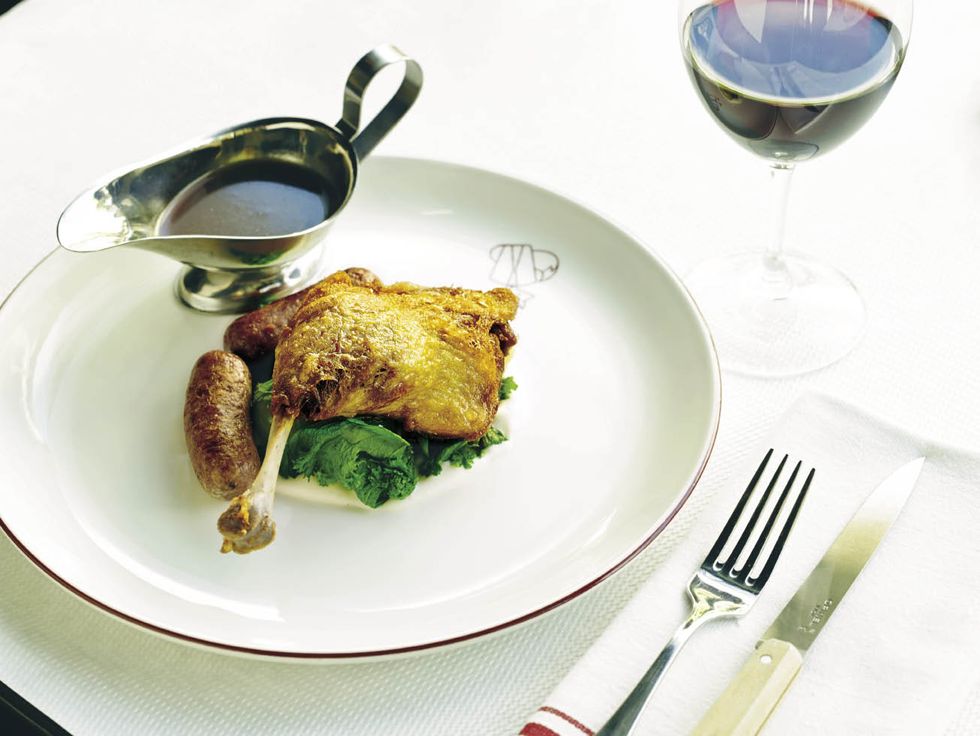 Previous Next
Duck confit and housemade sausage is accompanied by a gravy boat of sauce au poivre. 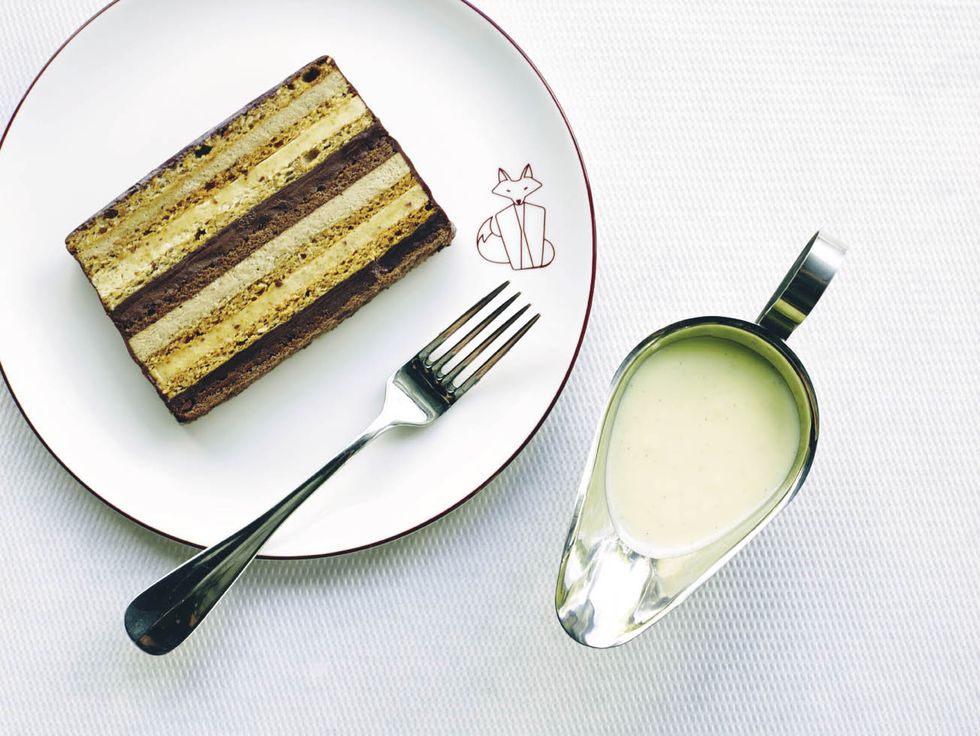 Previous Next
The classic Gâteau Marjolaine, served with crème anglaise, tastes as good as it looks.

At first glance, Hayes Valley’s Monsieur Benjamin, the second restaurant by chef-owner Corey Lee (Benu), could be mistaken for a straightforward shrine to the traditional French bistro, with its centerpiece bar and dark red banquettes, tables set with paper tablecloths, dishtowel napkins, and Opinel knives, which beg to be paired with steak frites. The menu doesn’t reinvent the roux either—pristine renditions of marrow bones, beef tongue Dijonnaise, duck confit and sausage, and dozens of other familiar dishes by chef Jason Berthold (formerly of RN74) are accounted for, and that’s exactly how Lee wants it. “I’ve been inspired by French cuisine and the role that food plays in French culture since I started cooking. But there aren’t many options in San Francisco, and I’ve longed for that since living here,” he explains.

But there are sure signs we’re not in the Fifth arrondissement. The floor-to-ceiling glass exterior, sleek neon fox logo over the doorway, and naked lightbulbs dangling throughout the dining room are distinctly modern, if not playful. Michael Jackson and Jay-Z thump over the din, and the waitstaff (who tend to the likes of local food luminaries Cecilia Chiang and Patricia Unterman) are anything but lackadaisical.

Depending on where you sit, you might miss Monsieur Benjamin’s greatest departure from French or American cooking: the walk-through kitchen. A postmodern take on the exhibition cooking stations of the ’90s (and Lee’s effort to “engage the kitchen as part of the ambiance”) the finishing station dovetails with the dining room, forcing anyone restroom-bound from one side of the restaurant to run the narrow gauntlet between the two stations, where chefs plate food and the staff shuck oysters. It’s a brazen departure from the traditional dining barriers, and making your way through it for the first time feels like stepping behind the bar without an invitation—daunting and surprisingly thrilling.

But more exhilarating is what Monsieur Benjamin brings to SF’s proverbial dining table in general: an exciting new restaurant bubbling with energy and the promise of impeccable French bistro fare and killer cocktails until the wee hours—every night of the week. It’s almost enough to make you want to pull up a seat at a café table and smoke a cigarette over a snifter of Armagnac.