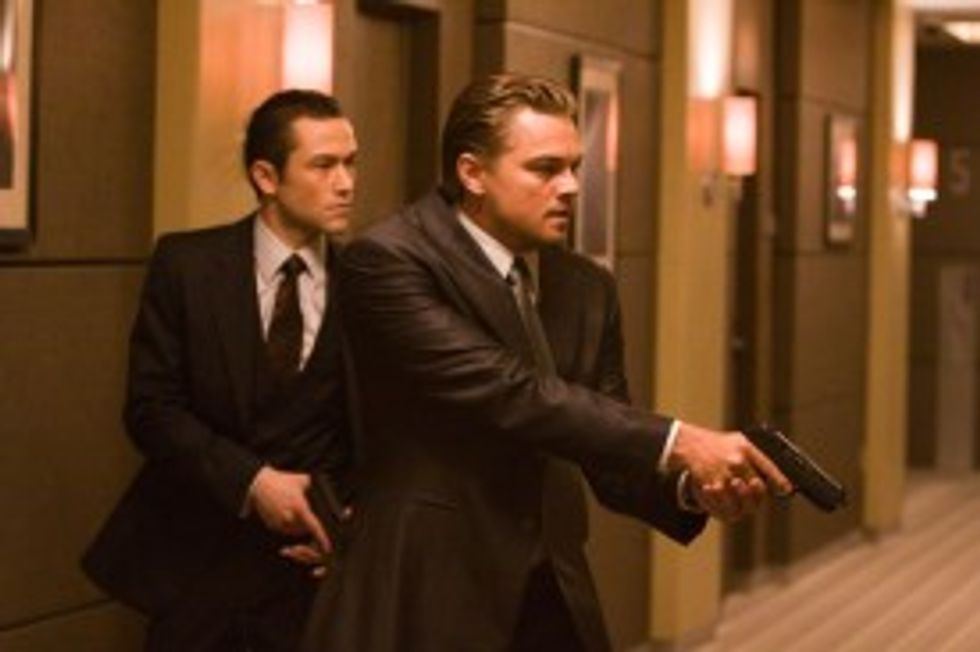 ‘Inception’ a Stunning Journey of the Subconscious Imagination

It isn’t impossible to describe Inception, the wondrous new thriller written and directed by Christopher Nolan, in the limited space afforded here, but it’s close. Rarely is a story this ambitious brought to the screen.

Inspired at times by movie classics, modern and otherwise – Dark City and Minority Report, but also Metropolis, Citizen Kane and the best 007 adventures – it earns its place in the same conversation, a tribute to Nolan’s ingenuity. The breadth and detail of his vision is extraordinary.

Whether Nolan will prove too clever for his own good remains to be seen at the box office. Those anticipating a thriller as relentless as his The Dark Knight (2008) won’t be disappointed, but Inception is far more complicated, driven by a plot that becomes a baffling maze. Even Stephen Hawking might need a second viewing to get to the heart of it.

The premise is deceptively simple: If it were possible to infiltrate the subconscious through people’s dreams, where their most intimate secrets could be discovered without resistance, would it not be possible to plant new ideas there as well?

Dominic Cobb (Leonardo DiCaprio) thinks so, and he’s willing to bet his life on it. Accused of killing his wife (Marion Cotillard), he is easily convinced that taking such a risk, at the behest of a mysterious power broker (Ken Watanabe), is his last best chance to clear his name. The hard part? Persuading a young, enterprising son of fortune (Cillian Murphy) to break up his dying father’s empire, all in the course of a 10-hour dream.

Cobb is an extractor, so called because he steals ideas from his slumbering targets and delivers their intellectual property to high-paying clients. He doesn’t work alone: Arthur (Joseph Gordon-Levitt) is the cool-headed Watson to his increasingly unstable Holmes, and Ariadne (Ellen Page) the architect who designs the dreamscapes he navigates.

Nolan has called Inception his version of a heist film, which speaks only in the most basic terms to the elegantly layered story on screen. Cobb and his crew – rounded out by Tom Hardy’s dry-witted forger, who duplicates figments of the subconscious mind – are cerebral con artists, slippery as they come. Their grand scam is laughably complex but utterly mesmerizing, even as we struggle to make sense of the arcane minutiae.

For a film that deals in scientific riddles, Inception is no less effective as a raw human drama in which DiCaprio, the grieving husband driven into exile, confronts his past. Can he make peace with his demons before they destroy him and his unsuspecting team? The movie gives us as much of a stake in his redemption as in his escape from the increasingly volatile dream world.

Nolan first pitched Inception after completing his remake of the Norwegian thriller Insomnia (2000) – three years before establishing himself as a household name with Batman Begins, his popular resurrection of the Caped Crusader.

How I would have liked to sit in on the meeting that green-lighted this one. How could a young, unknown director sell a story as richly detailed as Inception, with all its breakneck twists and nerve-rattling turns? Did Nolan’s audience that day not think him mad – a dreamer, undaunted by the limits of possibility, brazenly proposing an undertaking so audacious and vastly expensive?

Today, I can only marvel at the results. If Inception isn’t the year’s best film to date, it is certainly the most daring – a fast-moving feat of the imagination that dares us to keep pace, proof that Nolan’s future is far brighter now than Bruce Wayne’s shadowy Gotham netherworld.