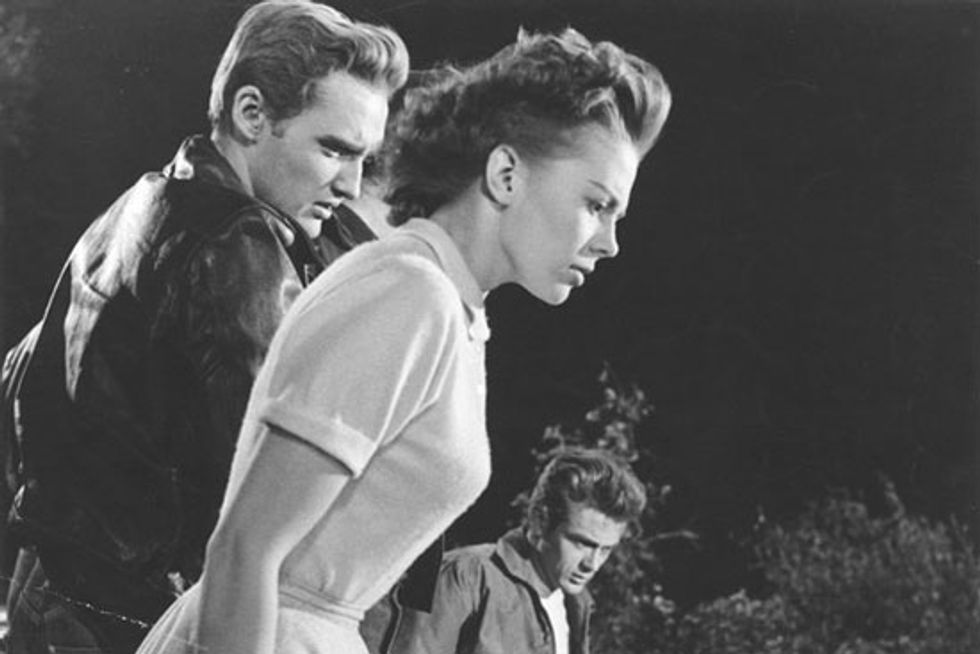 Just a month remains before the September release of Casey Affleck's long-rumored documentary about Joaquin Phoenix's bumpy transition from the big screen to the recording studio. (The Oscar-nominated Walk the Line star reportedly aspires to rap.) You can try holding your breath in the meantime, but you'd be wiser to visit one of the city's lovely indie theaters, where the following fine films await you.

1. Rebel Without a Cause
Where:Castro Theatre, 429 Castro St., 415-621-6120
When: Aug. 6
Why: Pay tribute to the late Dennis Hopper this Friday at the Castro. Best known for Easy Rider, his 1969 directorial debut, and his riveting turn as Frank Booth, the gas-huffing sadist from David Lynch's Blue Velvet (1986), Hopper made his big-screen debut opposite James Dean and Natalie Wood in Rebel, Nicholas Ray's classic juvenile-delinquent drama. Stay for Hoosiers, the second act of a sublime double-feature, featuring Hopper as an alcoholic recruited to help his son's high-school basketball team reach the state finals.

Where:Embarcadero Center Cinema, 1 Embarcadero Ctr., 415-352-0835
When: All Week
Why: Robert Duvall brings characteristic gravity and a gruff sense of humor to Felix Bush, a backwoods recluse who plans and presides over his own funeral, in Low. Feared by neighbors he keeps at a distance, Bush is rumored to be a killer, but cash-starved funeral director Frank Quinn, played by the always droll Bill Murray, is happy to take his money. Both actors deliver Oscar-worthy performances here, in Aaron Schneider's quietly effective feature debut.

Where:Lumiere Theatre, 1572 California St., 415-885-3201
When: All Week
Why: Jack Rebney became a viral video star by cursing his way through a hilarious Winnebago commercial that helped doom his career as a corporate pitchman. Ben Steinbauer's equally uproarious new documentary, a favorite of Michael Moore's, seeks to reveal the man behind the Internet legend.


5. The Human Centipede
Where:Red Vic Movie House, 1727 Haight St., 415-668-3994
When: Aug. 11-13
Why: Dieter Laser, star of the memorably titled Suck My Dick (2001), creates an unforgettable bogeyman in the demented Dr. Heiter, a retired surgeon who mutilates his unwilling patients and joins them together, perversely imitating the form of a centipede, in a grisly operation. Winner of the Best Picture award at last year's Screamfest, Tom Six's latest chiller is, according to its press notes, "guaranteed to shock and divide." You've been warned.

7. The Kids Are All Right
Where:Bridge Theatre, 3010 Geary Blvd., 415-751-3213
When: All Week
Why: In Kids – its title inspired, somewhat whimsically, by a 1979 documentary about The Who – Julianne Moore and Annette Bening play Jules and Nic, a same-sex married couple whose teenage children, both products of artificial insemination, track down their birth father. The ensuing drama, rich with sharply observed humor, rarely strikes a false note.