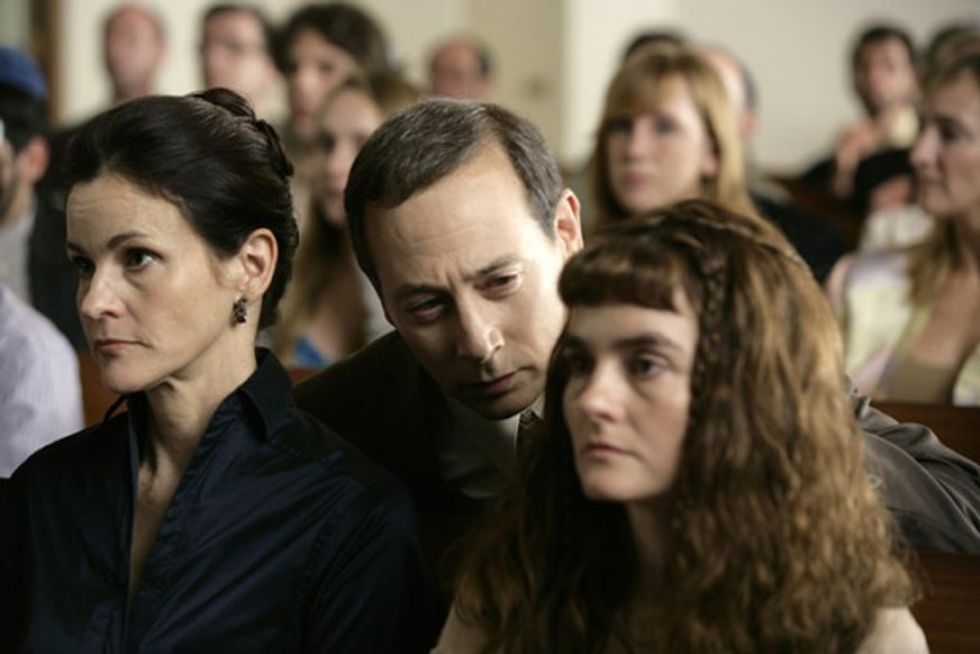 With the second-ever Athiest Film Festival arriving at the Red Vic and the Sausalito Film Festival celebrating its opening night with the regional premiere of Ryan Piers Williams' The Dry Land, Bay Area cinephiles might find their dance cards full this Friday – and the rest of the week seems just as promising. As always, here's a list of some of the finest films currently playing at an indie theater near you.

1. Life During Wartime
Where: Clay Theatre, 2261 Fillmore St., 415-346-1124
When: All Week
Why: Todd Solondz revisits the wounded world of Happiness (1998) in Wartime, a sort-of sequel featuring the same characters but an all-new cast. As always, the director affords audiences little comfort – his dramas are often as bruising as they are uncompromising – yet his twisted yarns are not without empathy or humor.

2. Metropolis
Where:Castro Theatre, 429 Castro St., 415-621-6120
When: Aug. 13-15
Why: American distributors trimmed an hour off Fritz Lang's sci-fi classic prior to its 1927 release, hoping to improve the movie's commercial prospects. In 2008, crucial footage, long considered lost, was discovered by archivists in Buenos Aires. The result? A brilliant restoration that represents Lang's vision in its entirely, bigger, longer and triumphantly uncut.

3. Get Low
Where:Embarcadero Center Cinema, 1 Embarcadero Ctr., 415-352-0835
When: All Week
Why: Robert Duvall brings characteristic gravity and a gruff sense of humor to Felix Bush, a backwoods recluse who plans and presides over his own funeral, in Low. Feared by neighbors he keeps at a distance, Bush is rumored to be a killer, but cash-starved funeral director Frank Quinn, played by the always droll Bill Murray, is happy to take his money. Both actors deliver Oscar-worthy performances here, in Aaron Schneider's quietly effective feature debut.

4. The Extra Man
Where:Embarcadero Center Cinema, 1 Embarcadero Ctr., 415-352-0835
When: All Week
Why: Shari Springer Berman and Robert Pulcini’s whimsical adaptation of a 1998 Jonathan Ames novel finds Kevin Kline playing Henry Harrison, a textbook narcissist positioned just to the right of the Pope when it comes to bedroom politics. He is thoughtless, self-absorbed and yet, perhaps in spite of himself, curiously likable – a louse made delightful by Kline's sublime comic timing and irrepressible charm.

Where:Lumiere Theatre, 1572 California St., 415-885-3201
When: All Week
Why: Jack Rebney became a viral video star by cursing his way through a hilarious Winnebago commercial that helped doom his career as a corporate pitchman. Ben Steinbauer's equally uproarious new documentary, a favorite of Michael Moore's, seeks to reveal the man behind the Internet legend.


7. The Oxford Murders
Where:
Opera Plaza Cinema, 601 Van Ness Ave., 415-771-0183
When:
All Week
Why: Adapted from a novel by mathematical logician Guillermo Martínez, Oxford works best as a showcase for John Hurt, who could bring gravitas to a reading of the phone book. Here, the Elephant Man star cheerfully chews the scenery as curmudgeonly professor Arthur Seldom, whose associates have an inconvenient habit of turning up dead. Hurt can't save writer-director Álex de la Ingelsia’s screenplay from its own fatal miscalculations, but he sure makes it sound good.