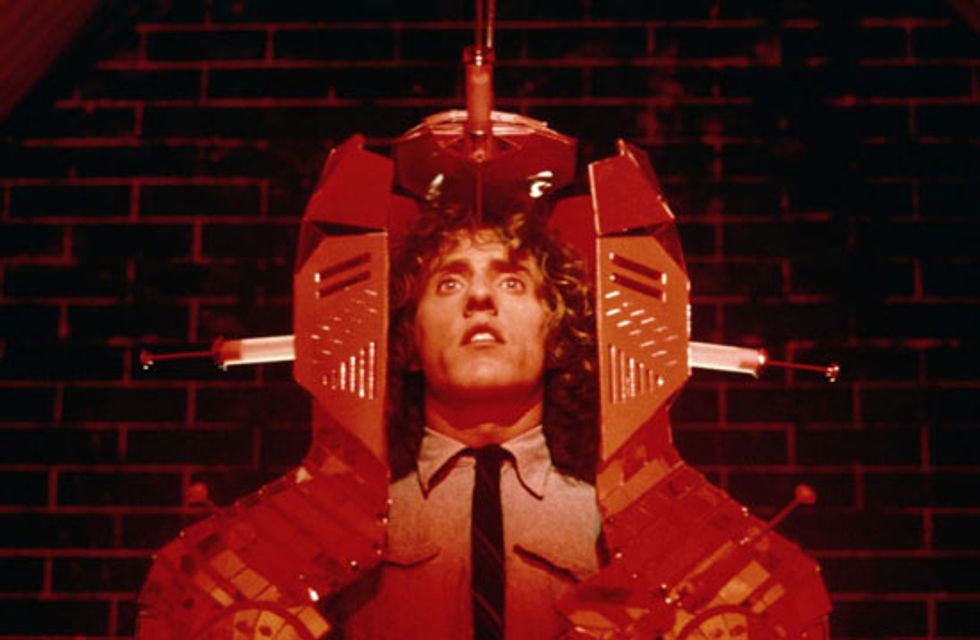 The Clay Theatre remains open this week with nightly screenings of Radu Mihaileanu's The Concert, while Tamra Davis' illuminating documentary Jean-Michel Basquiat: The Radiant Child makes its regional debut at the Lumiere. Elsewhere:

1. SF Shorts
Where:Red Vic Movie House, 1727 Haight St., 415-668-3994
When: Sept. 8-11
Why: San Francisco's International Festival of Short Films features seven mixed-genre programs comprised of cutting-edge music videos, mobile-media footage and innovative short-length films. Among them: "Dare to Care," a contemplation of love and commitment; "Ties That Bind," which focuses on connections made and broken; and "Right Back at You," a program about the consequences of betrayal.

3. The American
Where: Balboa Theatre, 3630 Balboa St., 415-221-8184
When: All Week
Why: Not much happens in Anton Corbijn’s loose, leisurely paced adaptation of Martin Booth’s 1991 novel A Very Private Gentleman. And yet his narrative rarely wants for momentum. Rowan Joffe’s screenplay, a tribute to understatement, keeps us guessing. So too does George Clooney, less cocksure here than he is enigmatic as an emotionally undernourished assassin type struggling to forge a life removed from his work.

4. Blonde Bombshells
Where:Castro Theatre, 429 Castro St., 415-621-6120
When: All Week
Why: The Castro's celebration of all things blonde continues through Sept. 5 with Billy Wilder's classic sex farce Some Like It Hot, Jean Harlow and Lionel Barrymore starring in the pre-code, Depression-era comedy Dinner at Eight, and Clark Gable and Marilyn Monroe's final screen appearances in the 1961 John Huston drama The Misfits.

5. Cairo Time
Where:Embarcadero Center Cinema, 1 Embarcadero Ctr., 415-352-0835
When: All Week
Why: Winner of the Best Canadian Feature Film award at last year's Toronto Film Festival, Rube Nadda's bittersweet romance stars Patricia Clarkson, excellent as a magazine editor who falls for a retired Egyptian police officer (Alexander Siddig, of Syriana) during an unexpected stay in Cairo. Complicating matters is her marriage to another man.

6. The Disappearance of Alice Creed
Where: Balboa Theatre, 3630 Balboa St., 415-221-8184
When: All Week
Why: A kidnapping, a bizarre love triangle and a brilliantly twisted game of cat and mouse: Combine them and you've got first-time feature director J Blakeson's gritty little thriller, a winning showcase for stars Gemma Arterton, Martin Compston and Eddie Marsan, and one of the year's best films to boot.

7. The Secret of Kells
Where:Red Vic Movie House, 1727 Haight St., 415-668-3994
When: Sept. 5-7
Why: A surprise but deserving nominee for Best Animated Feature, The Secret of Kells features 75 minutes of wondrously rendered landscapes and richly detailed hand-drawn animation, cruder but no less gorgeous than its 3-D competition at last month's Oscars. The story, a mix of Celtic history and folklore about a medieval manuscript long considered sacred by the Irish, is engaging for moviegoers all ages, but the magic here is most evident in the film's dazzling artistry.