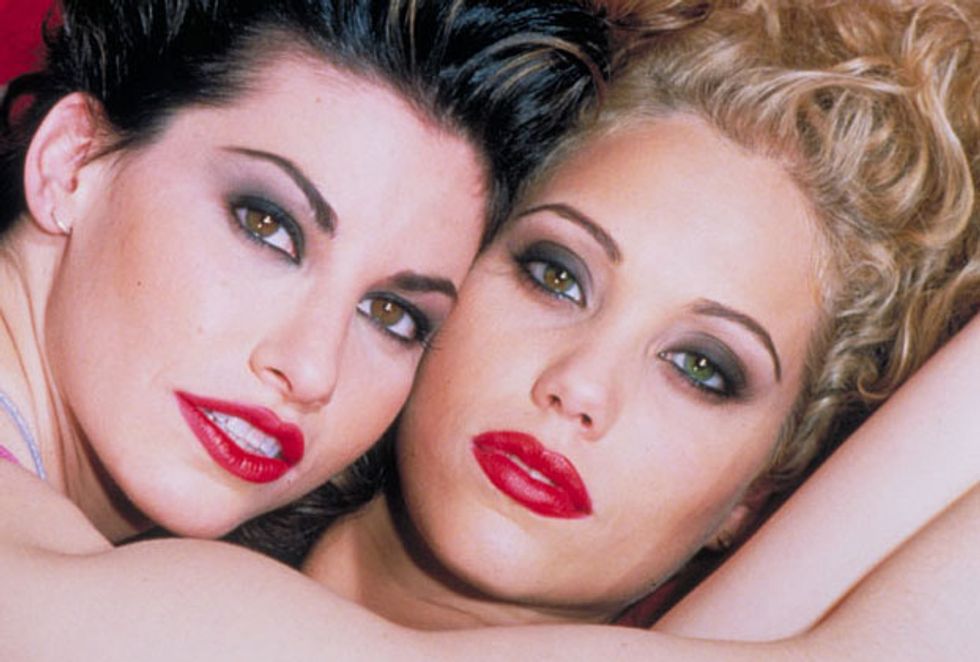 Need a hot shower to rinse off the filth of this weekend's Peaches Christ-produced Showgirls extravaganza at the Castro? Not a problem. Return to the theater Wednesday for a weeklong tribute to the great Cary Grant, with nightly double-features highlighting classics including The Philadelphia Story, North by Northwest, Bringing Up Baby and His Girl Friday. But first things first:

1. Showgirls
Where:Castro Theatre, 429 Castro St., 415-621-6120
When: Aug. 27
Why: Peaches Christ and her Midnight Mass disciples present the return of Paul Verhoeven’s infamous Showgirls, complete with a Vegas-worthy cocktail lounge, more than 100 dancers and, of course, the sight of Saved by the Bell’s Elizabeth Berkley writhing nude on the big screen. Attendees are encouraged to immerse themselves in “g-string, glittery goodness” as the evening kicks off with the Volcano Goddess opener, followed by two hours of unmitigated sleaze, special giveaways and personalized lap dances with every purchase of a large popcorn.

2. Senna
Where: Embarcadero Center Cinema, 1 Embarcadero Ctr., 415-352-0835
When: All Week
Why:  Brazilian Formula One racer Ayrton Senna's remarkable story – charting his achievements on and off the track and the mythical status he has attained – is the subject of Asif Kapadia’s Senna, a Sundance winner that spans its subject’s years as an F1 driver, from his opening season in 1984 to his death a decade later. More than a film for F1 fanatics, the documentary recounts a remarkable story in boldly unconventional fashion, eschewing standard documentary technique for a more cinematic approach that makes dramatic use of previously unreleased F1 footage.

3. Super 8
Where:Castro Theatre, 429 Castro St., 415-621-6120
When: Aug. 28
Why: Sure, it's not exactly fresh: Super 8 pays homage to venerable sci-fi clichés and revisits territory producer Steven Spielberg has already covered in Close Encounters of the Third Kind and The Goonies. But what’s so refreshing about J.J. Abrams' latest is how effortlessly entertaining it turns out to be. Like Spielberg, Abrams has a skilled musician’s ear for his audience. Even when the notes are familiar, it’s a pleasure to hear them fall into place with such serendipity.

4. Sholem Aleichem: Laughing in the Darkness
Where:Opera Plaza Cinema, 601 Van Ness Ave., 415-771-0183
When: All Week
Why: Darknesspresents a illuminating portrait of the Ukrainian author and playwright whose writings helped transform Yiddish into a literary language and, in the process, introduced the world to beloved characters including Tevye from Fiddler on the Roof. Here, director Joseph Dorman (TV's Ten Days That Unexpectedly Changed America) combines excerpts from Aleichem’s work with interviews, archival photographs and documentary footage to chronicle the dramatic evolution of Yiddish culture.

5. Midnight in Paris
Where: Embarcadero Center Cinema, 1 Embarcadero Ctr., 415-352-0835
When: All Week
Why: Woody Allen's latest romantic comedy, his most engaging since 1996's Everyone Says I Love You, follows a soon-to-be-married couple (Owen Wilson, Rachel McAdams) whose misadventures in the City of Love will forever change their perspectives on life and romance. As much a lighthearted farce as a cautionary tale about those whose nostalgic whims blind them to the beauty of the present, Paris may seem a minor entry in Allen's oeuvre, but that takes nothing away from its considerable charms.

6. The Guard
Where: Embarcadero Center Cinema, 1 Embarcadero Ctr., 415-352-0835
When: All Week
Why:  Rarely a leading man, Brendan Gleeson (28 Days Later) brilliantly dominates the stage in John Michael McDonagh’s invigorating feature debut, playing Sergeant Gerry Boyle, a glib Irish garda (Gaelic for “guard”) whose devil-may-care approach to police work, in a normally sleepy corner of the Emerald Isle, includes on-the-job pints, bedroom romps with imported hookers and the occasional tab of acid. The result: one of the year's funniest and most spirited offerings.

7. The Tree of Life
Where: Lumiere Theatre, 1572 California St., 415-885-3201
When: All Week
Why: Winner of the Palme d'Or at this year's Cannes Film Festival, Terrence Malick's latest traces the spiritual journey of a disillusioned son (played as a restless adult by Sean Penn) struggling to reconcile a troubled relationship with his father (Brad Pitt). In trying to arrive at some deeper understanding of the existential, the director's visual poetry is striking, his narrative as insightful (at times) as it is frustratingly oblique.