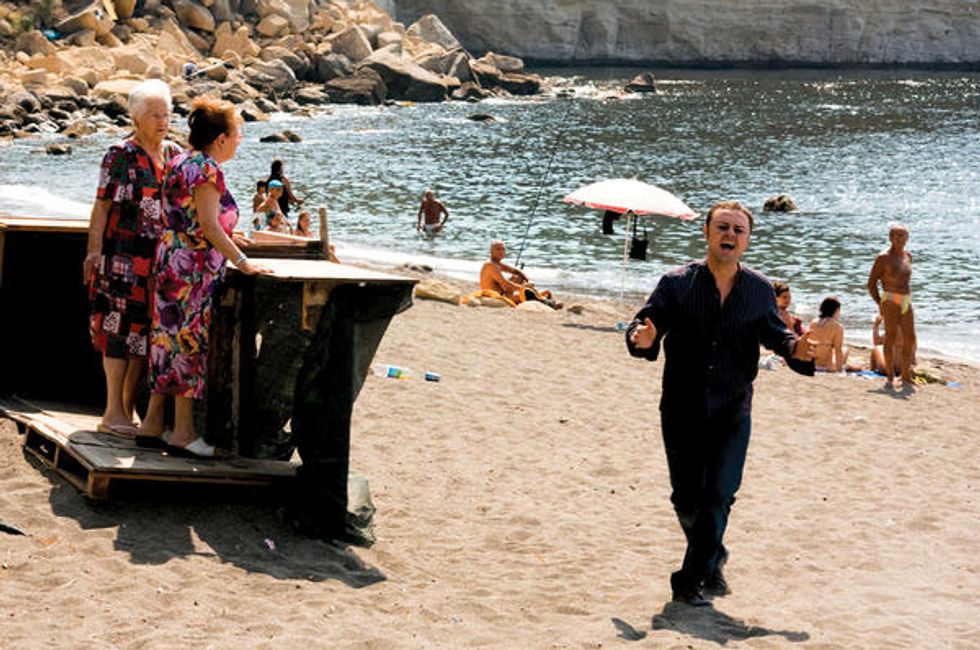 Fascinated by film noir? Head to the Roxie this week for a celebration of TV's greatest contributions to the genre, including shows and shorts directed a half-century ago by some of the greatest directors of our time, including Robert Altman, Sidney Lumet and Alfred Hitchcock. Elsewhere:

1. We Were Here
Where:Castro Theatre, 429 Castro St., 415-621-6120
When: All Week
Why: David Weissman and Bill Weber's gripping, skillfully edited documentary recalls the arrival and impact of AIDS in San Francisco – a real-life contagion that killed thousands in a matter of months. The movie illuminates what was difficult to discern at the time – the parallel histories of suffering and loss, and of community coalescence and growth. It returns to the Castro for a special weeklong engagement.

3.Tucker & Dale vs. Evil
Where: Lumiere Theatre, 1572 California St., 415-885-3201
When: All Week
Why: The premise, about good-natured rednecks mistaken for backwoods bogeymen, is as thin as the razor director Eli Craig uses to draw first blood in his grisly comedy of Three’s Company-style misunderstandings. Yet Tucker & Dale thrives on a sharp sense of humor, its heroes' winning personalities, and the chemistry so evident in the coupling of Alan Tudyk (TV's Firefly) and Tyler Labine, veteran performers who rarely enjoy top billing but make the most of it here.

4. Pearl Jam Twenty
Where:Balboa Theatre, 3630 Balboa St., 415-221-8184
When: All Week
Why: Cameron Crowe's colorful documentary recalls the years leading to the Seattle quintet’s formation, their overnight rise to stardom on the heels of 1991's Ten, and their deliberate retreat from the MTV spotlight. Drawing on more than 1,200 hours of rarely and never-before seen footage spanning the life of the band, Twenty offers a definitive portrait of Pearl Jam, on and off the stage where their star continues to shine brightest.

5. The Black Power Mixtape 1967-1975
Where: Embarcadero Center Cinema, 1 Embarcadero Ctr., 415-352-0835
When: All Week
Why: Mixtape mobilizes a treasure trove of 16-milimeter footage featuring leaders of the Black Power Movement (including Stokely Carmichael, Bobby Seale, Angela Davis and Eldridge Cleaver) in moments of rare intimacy and candor. Director Göran Olsson and co-producer Danny Glover invigorate their stories using a revealing mosaic of images, narration and music by Michael Jackson and The Roots.

6. Senna
Where: Opera Plaza Cinema, 601 Van Ness Ave., 415-771-0183
When: All Week
Why: Brazilian Formula One racer Ayrton Senna's remarkable story – charting his achievements on and off the track and the mythical status he has attained – is the subject of Asif Kapadia’s Senna, a Sundance winner that spans its subject’s years as an F1 driver, from his opening season in 1984 to his death a decade later. More than a film for F1 fanatics, the documentary recounts a remarkable story in boldly unconventional fashion, eschewing standard documentary technique for a more cinematic approach that makes dramatic use of previously unreleased F1 footage.

7. The Tree of Life
Where: Balboa Theatre, 3630 Balboa St., 415-221-8184
When: All Week
Why: Winner of the Palme d'Or at this year's Cannes Film Festival, Terrence Malick's latest traces the spiritual journey of a disillusioned son (played as a restless adult by Sean Penn) struggling to reconcile a troubled relationship with his father (Brad Pitt). In trying to arrive at some deeper understanding of the existential, the director's visual poetry is striking, his narrative as insightful (at times) as it is frustratingly oblique.