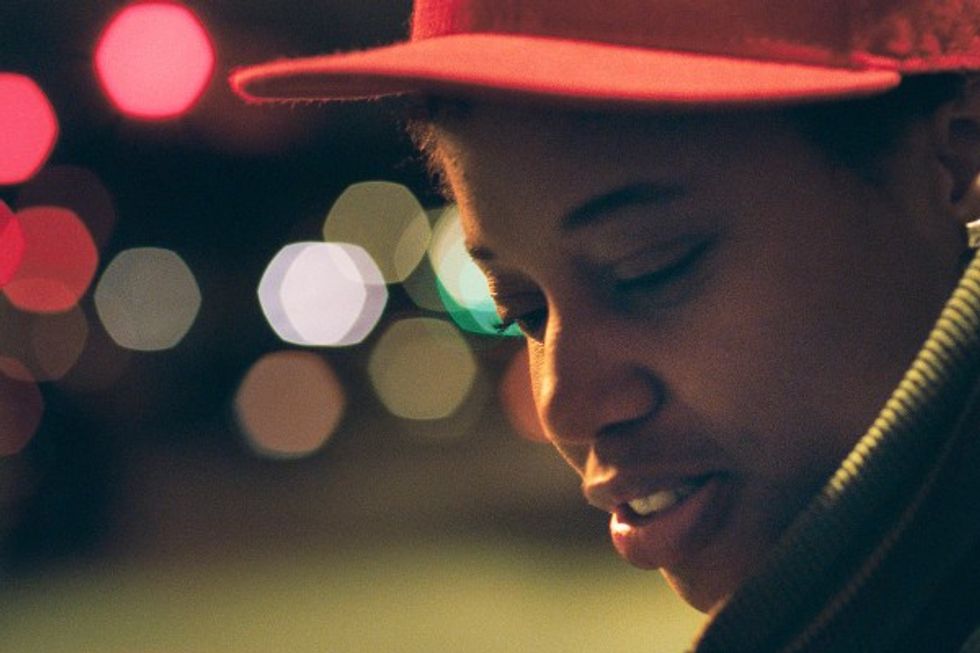 Another year is drawing to a close, but the Oscar season is just heating up, with early favorites The Artist, The Descendants and Hugo all playing this week at the Sundance Kabuki Cinemas on Post Street. Elsewhere:

1. Pariah
Where: Embarcadero Center Cinema, 1 Embarcadero Ctr., 415-352-0835
When: All Week
Why: Based on her award-winning short film, writer-director Dee Rees' Sundance favorite stars Adepero Oduyeas as a 17-year-old African-American woman who lives with her parents in Brooklyn's Fort Greene neighborhood, and is quietly coming to embrace her identity as a lesbian. Never sure how much she can confide in her family, her adolescent heroine strives to get by with grace, humor and tenacity, with mixed (but usually compelling) success.

2. West Side Story Sing-a-Long
Where:Castro Theatre, 429 Castro St., 415-621-6120
When: Dec. 30 - Jan. 2
Why: Jerome Robbins and David Winters' Oscar-winning 1961 adaptation of the Bernstein and Sondheim musical, which recasts Shakespeare's Montagues and Capulets as rival New York street gangs, ushers in the new year at the Castro. Restored to its original widescreen glory, with subtitles to encourage audience participation, Story becomes an interactive experience, complete with door prizes and a costume contest.

3. Holy Rollers: The True Story of Card Counting Christians
Where:Roxie Theater, 3117 16th St., 415-863-1087
When: Dec. 30-31
Why: Forget the M.I.T. punks whose exploits inspired the distressingly shallow 21. Rollers follows the rise of the Churchteam, arguably the largest and most well-funded blackjack team in America. In their short existence, they have taken millions from casinos. But because the team is comprised entirely of Christians, some of whom are pastors, theirs is a calling constantly fraught with conflict: How can you serve God while hustling blackjack dealers for a living?

4. Le Havre
Where:Opera Plaza Cinema, 601 Van Ness Ave., 415-771-0183
When: All Week
Why: Inspired by the financial, political and moral crisis that has resulted from the substandard treatment of refugees trying to find their way into the European Union from abroad, Finland's entry to next year's Academy Awards for Best Foreign Language Film consideration tells the story of a French shoe-shiner (André Wilms) defending an African boy (Blondin Miguel) from deportation. Here, director Aki Kaurismäki wrings wry humor from even the darkest moments of an earnest, feel-good immigration fable.

5. War Horse
Where:Balboa Theatre, 3630 Balboa St., 415-221-8184
When: All Week
Why: Dismiss it as tear-jerking schmaltz if you must, but War Horse is a rousing achievement, a bold, strikingly cinematic spectacle inspired by the Tony Award-winning theatrical adaptation of Michael Morpurgo’s 1982 children’s book. Steven Spielberg’s latest – his most captivating since Minority Report (2002) – finds uplift in hope, but remains most poignant at its darkest, as young lives are senselessly sacrificed to a war machine neither we nor Joey, the movie's titular, four-legged hero, can comprehend.

6. Moneyball
Where:Roxie Theater, 3117 16th St., 415-863-1087
When: All Week
Why: It could have been a classic David vs. Goliath story, a made-for-Hollywood account of the small-market Oakland A’s and their beleaguered general manager, Billy Beane, taking on baseball’s free-spending powerhouses. But Bennett Miller’s sports drama, inspired by Michael Lewis’ 2003 bestseller, is slightly more ambitious. Not just the story of Beane’s struggle to build a winner, Moneyball chronicles his mission to exorcise the bitterness lingering from a pedestrian playing career and an ill-fated rendezvous with a destiny he never achieved.

7. Being Elmo: A Puppeteer's Journey
Where:Opera Plaza Cinema, 601 Van Ness Ave., 415-771-0183
When: All Week
Why: The Special Jury Prize winner at this year's Sundance Film Festival, Constance Marks and Philip Shane's moving documentary reveals the puppeteer behind Sesame Street's latest international icon, Elmo. As a boy, creator Kevin Clash aspired to work alongside his idol, Muppet master Jim Henson; Clash (whose other characters include Baby Sinclair, Clifford and Hoots the Owl) went on to enjoy success beyond his most audacious fantasies, but not without compromising his duties as a husband and father.