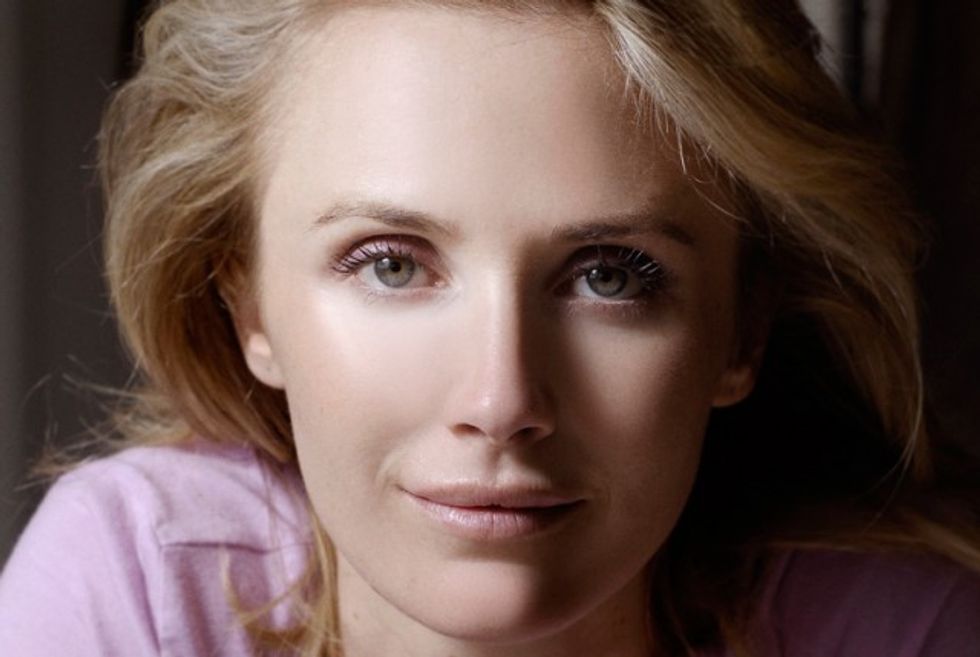 More difficult was her acclimation to a culture in which powerful women are little seen and even more rarely heard, and opinionated women dismissively portrayed as shrewish antagonists. Yet rather than accept the marginalization of women as the archaic downside to an otherwise glamorous profession, she founded her own production company: Girls’ Club Entertainment, dedicated to promoting socially and politically significant films focused on empowering women.

The starting point for her journey? The 2008 presidential election. “Watching the campaign, seeing the sexism that was directed at Sarah Palin and Hillary Clinton, I couldn’t help but feel violated when they were violated,” says Newsom, 37. “I know ‘violated’ is a strong word, but we’re all connected.

“When women are being disparaged, demeaned, disrespected and trivialized in the news, and it’s so in-your-face like that – without any negative repercussions for the media personalities involved – it sends a message to our culture that women are second-class citizens and that their voices don’t matter. It encourages a double-standard, and I felt that. I’ve seen this stuff going on in Hollywood, but how could we be doing it to society’s most influential women?”

Then an aspiring mother – she’s since given birth to a daughter, Montana Tessa, and a son, Hunter – Newsom worried about raising children in a culture that devalues women, in a country where female participation in the military and the highest levels of government tops out at roughly 18 percent. Looking back, she says the campaign was her call to arms, a watershed moment that pushed her in a new creative direction.

She never had any deep-seated desire to direct, and admits the idea intimidated her as much as anything she’s ever attempted, including trying out for the national soccer team. “I joked that the film would kill Gavin’s political career,” she says. “But it’s really in line with what Gavin and I both believe in, which is that it’s important to speak the truth.

“This is a human rights issue. This isn’t a women’s movement, it’s a movement for women, men, kids and parents. The media is perpetuating an injustice and sending a message to our kids – boys and girls – that a woman’s value lies in her youth, her beauty and her sexuality, and not in her potential as a leader. As a result, young girls are being discouraged from aspiring toward leadership roles and having any sense of self-worth. And boys are being conditioned to see women as objects to be acted upon.”

The result is a fascinating, illuminating study that should get people talking and, Newsom hopes, change the way they consume information. “What really matters is that we awaken to the fact that these sexist messages are everywhere, and that we have to do something about it if we’re going to create a better cultural landscape not only for our generation but also future generations,” she says.

“Once we give value to women, we’re going to see a reduction in the gender gap, we’re going to see more women in positions of leadership, and we’re going to see boys and girls treating each other as equals. The psychological and emotional issues we see now as endemic to youth culture – cutting, eating disorders, depression – could start to subside, with happier kids who feel empowered and optimistic.”

Miss Representation debuted in October on Oprah Winfrey's OWN network. It will re-air during the upcoming weeks; catch it next Nov. 12 at 8 a.m.