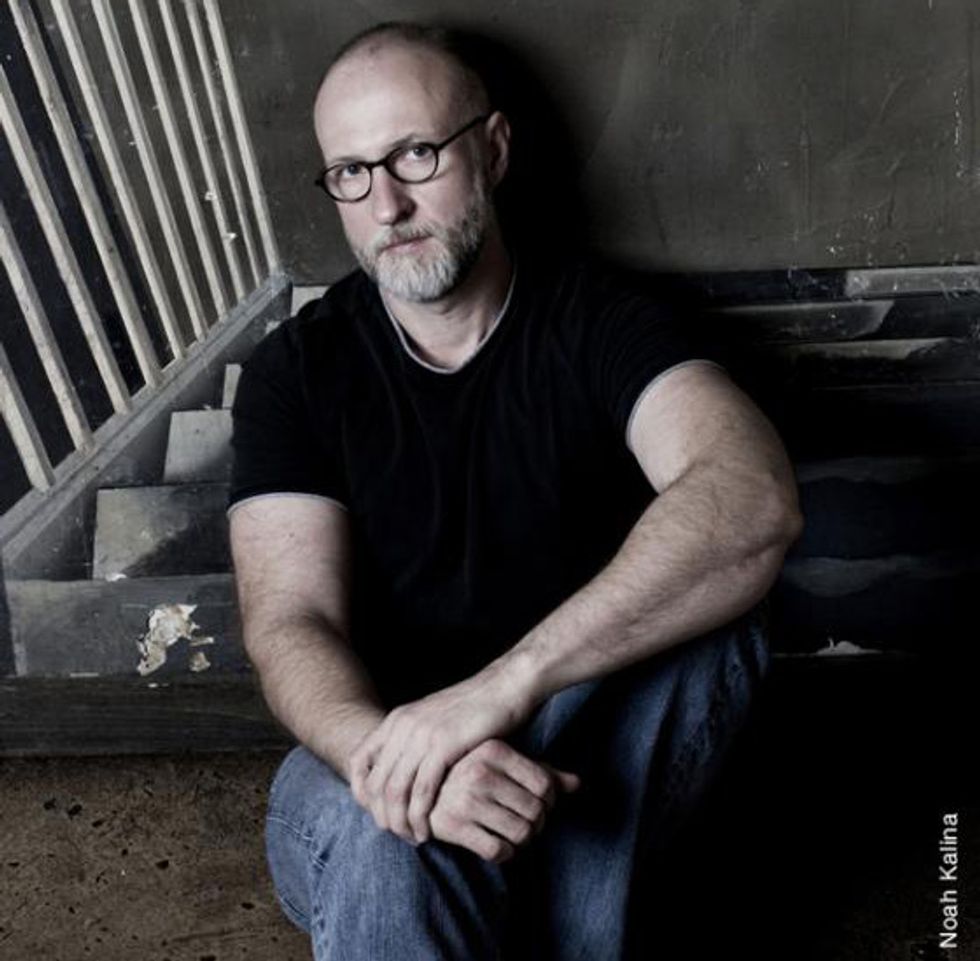 It’s back to forward thinking for Bob Mould, who spent the better part of the last two years testing his hindsight vision. The alt-rock trailblazer-turned-electronica champion recently finished writing his autobiography, See a Little Light: The Trail of Rage and Melody, a process that put him in the odd position of reflecting back on a life spent mostly considering his next move. Mould, who has been living in San Francisco for the past two years, will treat his adopted hometown to a public conversation with fellow proto-punk artist Shepard Fairey on Tuesday, Sept. 20 as part of City Arts & Lectures. After that stop, they’ll spin records at Rickshaw Stop. Other don't-miss Mould events? His performance at Hardly Strictly Bluegrass in October and his now-legendary Blow Offparties. Mould recently took a moment to discuss his life in motion as a writer, musician and San Francisco resident:

I want to talk a little bit about your book, See a Little Light, and also your first life as an intrepid musician. Obviously by now you’ve had time to think about the process of writing and remembering all the details of your life as one of the more influential musicians of the last 30 years. Has your view of yourself changed at all since the start of this process?

A good place to start would be the idea that I’ve never been one for looking back, whether it was my childhood and the town I grew up in in upstate New York or leaving for the Twin Cities very quickly to go to college. That’s where I started my musical career. Through all of the incarnations, I just sort of kept on moving forward with my solo career. Then started the group Sugar, and on and on we go. So in putting together an autobiography–the gathering of all the stories and ideas–that’s where the hard work began for me. I started to see all the patterns in my life. The failings, the success, and try to figure out what got me from point to point. Situations will revisit me and I’ll go ‘oh, page 318, that’s where I finally figured out how to deal with that.'

Has this been a fulfilling process?

I think it’s nice to have a reference book now, especially. There were a lot of things over the years that I declined to think too much about, whether it was the break up of Hüsker Dü, my sexuality, my private relationships that I had and things involving my family. Now that it’s all out there and people have had a chance to take it in, I think a lot of the questions that people always ask like, ‘oh is Hüsker Dü ever going to get back together?, or ‘oh so what was it like coming out?'–that stuff’s very clear now. It’s really great to be free of all those ideas and good to be moving forward. And now having been in San Francisco for the past two years, it seems like a really good place to move forward.

Were there any other cities that factor into the book prominently, aside from where you grew up, that become characters in a way?

One of the recurring themes is not looking back. Going from growing up in a farm town in New York State, spending 11 years in the Twin Cities, to all my time in New York City, to three years in Austin, Texas and the seven years in D.C. and now here in San Francisco....the book speaks very plainly on how the environment affects the work. So it’s a pretty amazing travelogue, and sort of the handbook for why I was writing the music I was writing.

Have you noticed San Francisco permeating your creative thoughts since you’ve been here?

This is my third September here, so I feel like my body has adjusted. As funny as that might sound, I’m sure for somebody who works at a bank it doesn’t really factor in because it’s pretty much 70 degrees in the office anyways.  But I spend a lot of time outside and I make my own schedule. Stuff like the weather, let alone the culture and all the great places this city has to offer and all the things that get under my skin, I’m starting to get a good feel for where I am. Now that I’m starting to focus on writing music again and less on promoting a book, it’s starting to take shape. I see how it’s affecting me day to day.

How are you integrating yourself into the local music scene? Are you recording anything right now, and if so, where?

I am involved in a DJ project called Blowoff, which started in D.C. back in ’03. In ’08 we brought it out here to SF for the first time, and I’ve always had friends here and didn’t realize until I got here, when I threw a “bear” party, that so many of the guys here were tied so deeply to the punk rock group, as well as dance music. It really felt natural and felt like home when we brought the party here. It was one of the key factors in making the move from DC to SF. I did this other party that was called Zoo SF, which was a fun party that we did at Truck for about a year. I’ve been doing a party at Lonestar, and that’s traditionally a “bear bar” as well, and that’s sort of our indie and guitar rock night. I’ve been eyeing some studios around town for the next time I’m ready to make a big rock record. Rickshaw, Slim’s and Bottom of the Hill are places that I really enjoy going to see shows. I like the Independent quite a bit.

Are there any local musicians you’ve identified as people you might like to collaborate with, or people you already have collaborated with?

Do you know Toro y Moi?

(Bandleader) Chaz (Bundick) just moved to Berkeley. He told me two months ago he was going to. He better have moved here by now.

I’m a huge fan, as I’m assuming you are too. Have you reached out to him about a collaboration?

I try to see them every time they come through SF. We’ve hung out. We haven’t talked about doing a project together, but I really respect his work. Of all the chillwave stuff, he’s my favorite. So hopefully if he moves to Berkeley we can make something happen.

So what do you make of the chillwave genre, and how it’s become part of the zeitgeist for the past year or so?

I guess I was in pretty early on the stuff. I knew Alan (Palomo) from Ghosthustler before he started Neon Indian and that stuff. And the stuff with Washed Out, I was a big champion of that whole style. The new Washed Out album seems to be doing pretty good, Alan’s (Neon Indian’s) thing is out next week and is all over the place right now. So yeah, it seems to be sort of taking hold in the mainstream a little bit which is totally weird because I thought it would remain an underground thing.

It is interesting how this music finally finds a genre retroactively. If you could give these upstart bands any advice, having been around the block, what would it be?

Don’t expect to make a whole lot of money selling records. Just make the music you want to make. Don’t worry about following trends and doing what other people are doing. Just play the music that comes to your head and get people to talk about your band — and not just like them on Facebook — but really talk about your music, in a real sense, get motivated and have friends tell friends. That actually works, along with getting people to actually see your work. The online world is amazing, but it’s not like putting people in a room together to listen to music