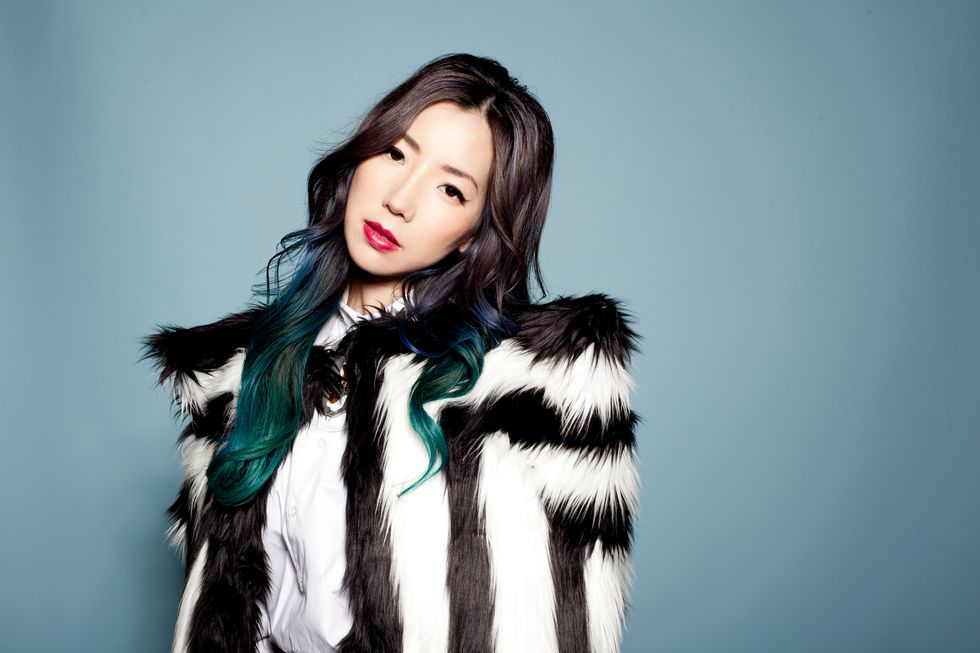 Is tonight the most important show Bimbo's has ever put on? Perhaps.

Is this the most important show Bimbo's has ever put on? Perhaps. Few acts have come through this North Beach venue with this much hype and critical momentum in tow. Jamie xx has reached new heights of popularity thanks to his recent tour de force album In Colour, a brilliant re-imagination of drum and bass and every tangential genre that has or could be attached to all things house. The show's been sold out for months but I'd recommend selling a limb for a Craigslist ticket...like, any limb.

Tuesday: Wye Oak at The Independent

Wye Oak is still taking a well-deserved victory lap across the continent in celebration of 2014’s Shriek, one of the year’s most riveting, whoa-didn’t-see-that-coming albums. The fourth full-length from the Baltimore duo was hailed with critical bombast, the A.V. Club calling it “a bold, dreamy reinvention, either an album-length restatement of purpose or the coda of a remarkably consistent run conducted during indie rock’s dying gasps.” There’s no hyperbole in the first part of that statement, and we can only hope Wye Oak is nowhere near its own coda. More please.

Friday: Ratatat at The Regency Ballroom

ALERT: We have a new Ratatat album! Magnifique is currently making the rounds on the internets and certainly begs your attention and re-attention, as most Ratatat albums do. The album harkens back to our first impressions of Ratatat, on the self-titled debut from 2004, womping instrumental hooks everywhere. Highly recommend checking out their AMA on Reddit from last week, especially if you go as far back with this band as their 2004 debut and know things like their obsession with Bach.

YES. Celebrated hip-hop/EDM mashup artist and original producer TOKiMONSTA is here to blow our minds and test our dance and muscles. She recently confirmed as much, telling LA Weekly, “I like challenging the people that are in the crowd...It’s cool when you just slip something in and wonder: Are they gonna stop dancing? Give you a weird look? Or are they gonna be like, ‘Yeah, this is super cool’?” We’ll safely bet on the latter scenario.

Friday: Ty Segall at The Chapel

Beloved psych/garage/whatever-rock hero Ty Segall is about to embark on a major headlining tour with former/now-non-former band Fuzz (in anticipation of that band’s forthcoming sophomore album), but first — a warmup solo gig! We’re envisioning something along the lines of Nirvana Unplugged (btw have you ever seen the rehearsal video for that?) but with fewer candles and general dreariness.