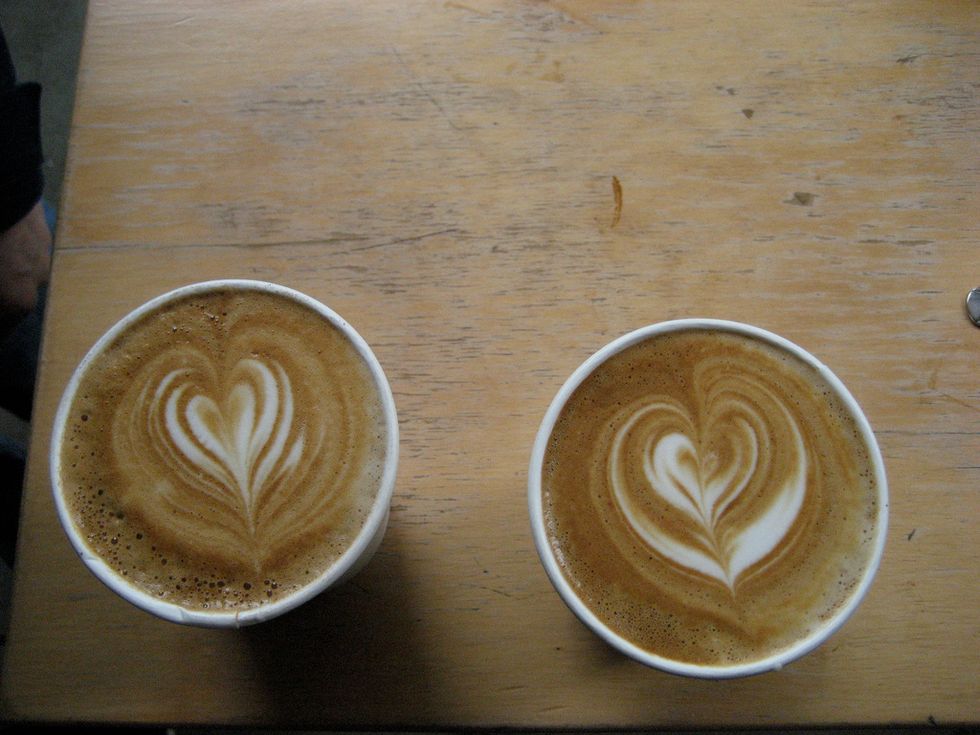 As far as big-name roasters in San Francisco go, none are bigger than Blue Bottle. Locals love it, and tourists flock to it like gulls to an untended ham sandwich. The company has been on an expansionist tear in the last couple of years. Since 2008, it has opened new locations at Mint Plaza, the Ferry Building, Jack London Square in Oakland and, perhaps most famously, Brooklyn. But for years, there's been one notable part of town where Blue Bottle has been eclipsed by other roasters: The Mission.  No more. Thanks to one gorgeous new cafe and restaurant that's just opening, and another coffee cart site on the way, the Mission is about to enter a new blue phase.

With Ritual and Four Barrel more or less book-ending Valencia Street, The Mish is already well-represented by a pair of excellent craft roasters who can ably crank out some of the best drinks in the city. But the two boutique brewers now have some spectacular company, The Summit, at 780 Valencia almost exactly halfway between the two (three blocks north of RitRo and four blocks south of ForBar). The Summit has already had a soft launch, with a grand opening on the way. Like Four Barrel, Sightglass, and the newly opened Paper or Plastik in Los Angeles, it follows the trend of large and open--even cavernous--spaces. But more to the point, it's a Blue Bottle account, and the staff is undergoing Blue Bottle training in Oakland. Given that Ritual's head roaster, Steve Ford, is formerly of Blue Bottle, and Four Barrel co-owner, Jeremy Tooker, was a co-founder of Ritual, it's a long, incestuous coffee row.

I tend to think this will be a good thing for all three venues. Valencia is already a foodie destination, and with this opening you'd be hard pressed to find a higher concentration of excellent coffee anywhere in the world.

And then there's Dolores Park.

On September 2, San Francisco Recreation and Park Commmission approved a two year lease for Blue Bottle to open a kiosk in Dolores Park. The cart will apparently only be serving drip, and the exact location is still up in the air. While I think a location serving Blue Bottle on Valencia Street will be the proverbial rising tide lifting all boats, I'm not so sure that the same will be true of a cart in the park. I can imagine that if I were the owner of a neighboring cafe (like, oh, I don't know, say Dolores Park Cafe) I might be less than thrilled.

But for the rest of us, Blue Bottle's new mission--or the Mission's new blue phase--seems like a delicious development.